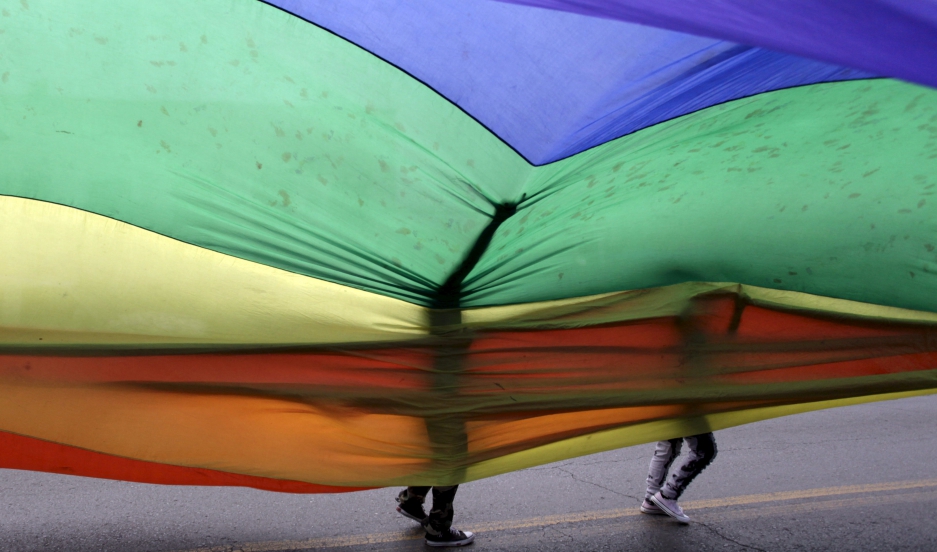 Participants hold a rainbow flag as they march during a Gay Pride Parade in Monterrey May 30, 2015.

The reaction to Caitlyn Jenner's very public transition and debut has been overwhelmingly positive.

More than two million people are following her on Twitter and she's received praise from President Barack Obama who tweeted, "It takes courage to share your story." Republican Congresswoman Ileana Ros-Lehtinen, who has a transgender son, also praised Jenner's very public deubt. "Caitlyn Jenner looks amazing. I can't wait to introduce her to Republicans on Capitol Hill."

But there was a more cautious response from some of those who work with the transgender community.

"Call her [Caitlyn]... But then let's move on to the issues affecting the transgender community," tweeted Kyle Knight, an LGBT rights researcher at Human Rights Watch.

Those issues, he says, include harassment, violence, unemployment, poverty, homelessness and suicide. Across the world, transgender people continue to face discrimination and violence.

According to the Trans Murder Monitor project, between 2008 and 2014, there were more than 1,600 murders of transgender people in 62 countries.

Nepal, India, Pakistan and Bangladesh have added a third gender category on some documents as well, Knight says, and New Zealand and Australia give people the option to mark an X on their passports instead of an M or F.