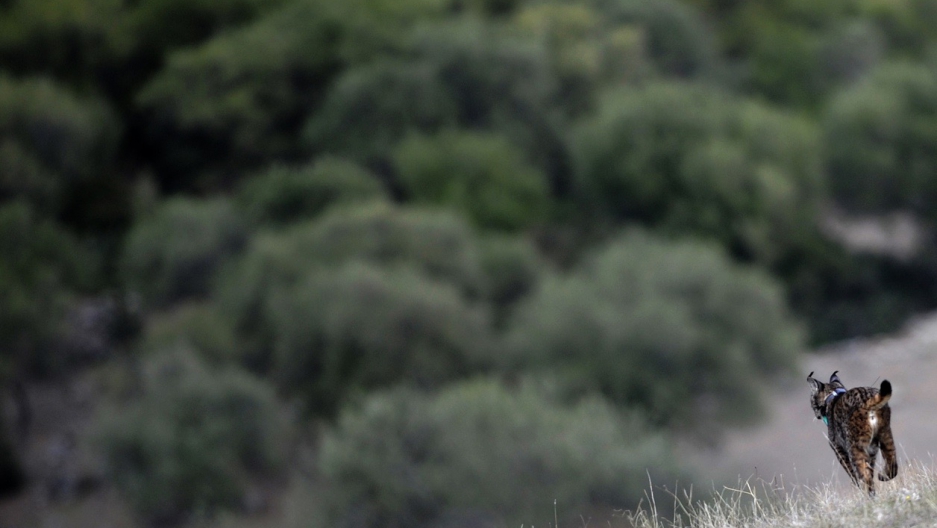 A lynx is released during a reintroduction of two Iberian lynxes in Villafranca de Cordoba, southern Spain, on Dec. 14, 2009. At the start of the 20th century there were 100,000 of the animals in Spain and Portugal. These days less than 500 are left in the wild.
Share

SILVES, Portugal — The world’s most endangered cat? If you’re guessing tiger or snow leopard, think again. The Iberian lynx is officially the feline at greatest risk of extinction.

Decades of habitat destruction, hunting and rabbit epidemics that wiped out food supplies mean there are barely 350 still alive in the shrinking wildernesses of Spain and Portugal.

The World Wildlife Fund (WWF) has long warned these elegant, bobcat-sized creatures could become the first cat species to disappear in at least 2,000 years.

Help, however, is at hand.

In a high-security compound, hidden deep in the hills above this medieval town in southern Portugal, a dedicated band of humans are helping the lynx make a comeback.

“We’ve had 11 cubs this year,” says animal behavior specialist Andreia Grancho. “They are at the stage where they play a lot and are learning to hunt.” 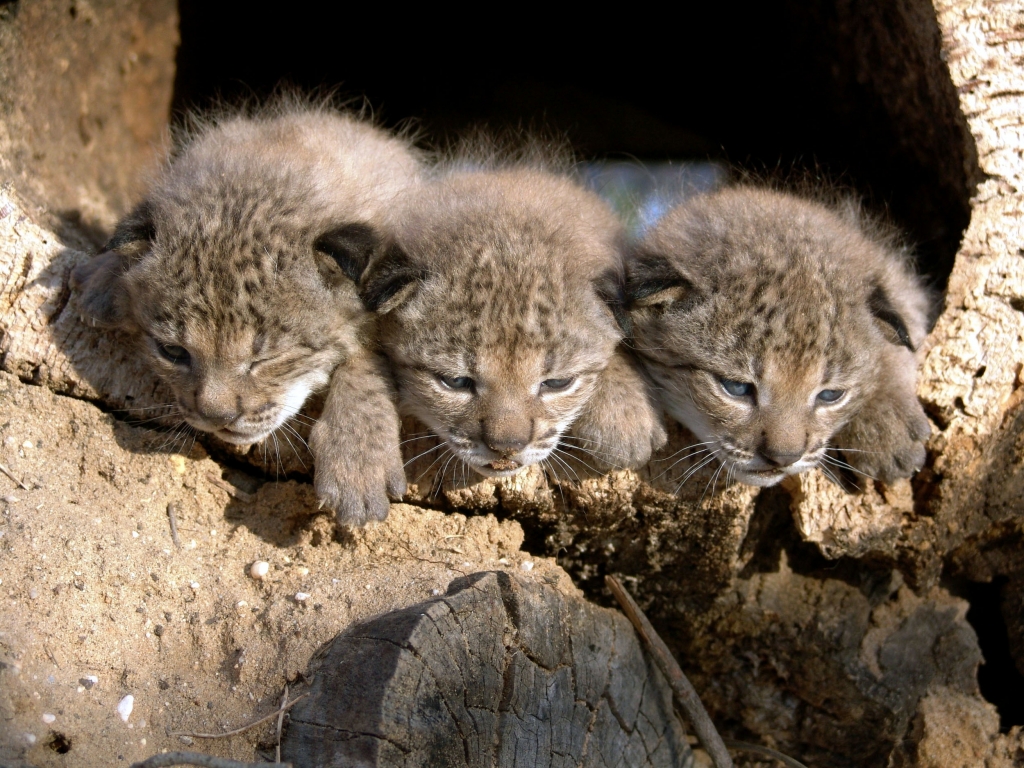 A trio of Iberian lynx cubs born in captivity at Spain's Donana national park ventured out to explore on April 21, 2005. Officials claimed theirs was the first successful breeding in captivity of the world's most endangered large cat species.

On cue, a tufty-eared bundle of cuteness appears on one of six computer screens monitored 24-7 by Grancho and her team of colleagues at Portugal’s Iberian Lynx Breeding Center.

The two-month-old cub nuzzles the camera, then attempts to clamber up a chain link fence before tumbling down beside his dozing mom.

Since opening a decade ago, the Silves center has seen the birth of more than 60 lynx and has managed to re-introduce almost 40 into the wild. Together with four similar units in Spain, it has brought the species back from the brink of extinction.

"I’d love to see it, but I can’t imagine a time when we won’t need programs like this. We’ve got a lot of work ahead of us."

In the 1990s, less than 100 were left alive, mostly in the scrublands of Spain’s southern Andalusia province. Now the population there has tripled and several pairs have been reestablished in other parts of southern and eastern Spain where they once thrived.

Last year, the first pair of Iberian lynx was released in Portugal — where the species had died out in the 1990s. Ten have now been set free in a remote southeastern area.

“We’ve seen the species recover, but it’s still in danger,” said Dr. Rodrigo Serra, the center’s director. “I’d love to see it, but I can’t imagine a time when we won’t need programs like this. We’ve got a lot of work ahead of us.”

The lynx’s recovery is one of a series of good news stories from Europe that are bucking gloomy global wildlife trends. After years of decline, brown bears, wolves, wolverine and bison are bouncing back, thanks to continent-wide conservation policies. 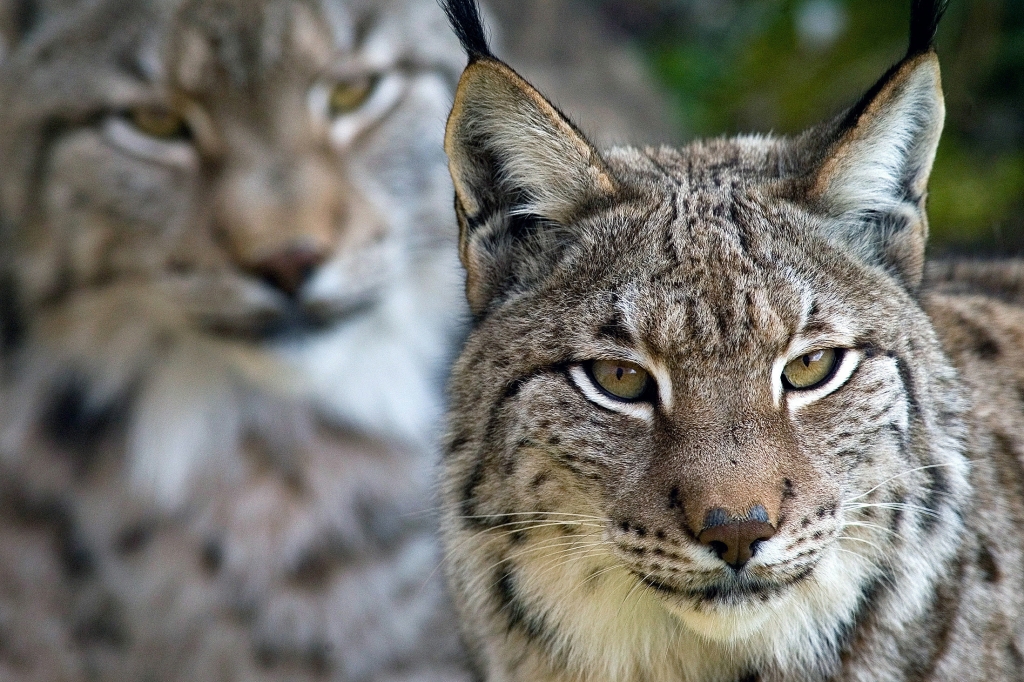 Efforts to save the Iberian lynx enjoy broad public support in southwest Europe.

In Portugal, front-page headlines have tracked the progress of released animals. The post office issued special stamps last month to celebrate the re-introduction of the species. Spanish conservationists have adopted the lynx as a symbol of efforts to preserve the country’s wildlife.

Funding for the breeding program has been maintained despite the severe budget cuts introduced by both countries in response to Europe’s economic crisis.

It’s easy to see how the Iberian lynx has captured the public imagination.

The handsome creature is unique to Spain and Portugal. It sports a distinctive orange-brown spotted coat, and is smaller and sleeker than its cousins, the Canada lynx and the Eurasian lynx — another endangered species native to northern Europe and Siberia.

Yet despite public awareness of the animal’s critical situation, humans still pose threat.

A female named Kayakweru by the team that raised her in Silves was found dead in April, less than three months after being released into the wild. Portuguese police are investigating the origin of the poison that killed her. 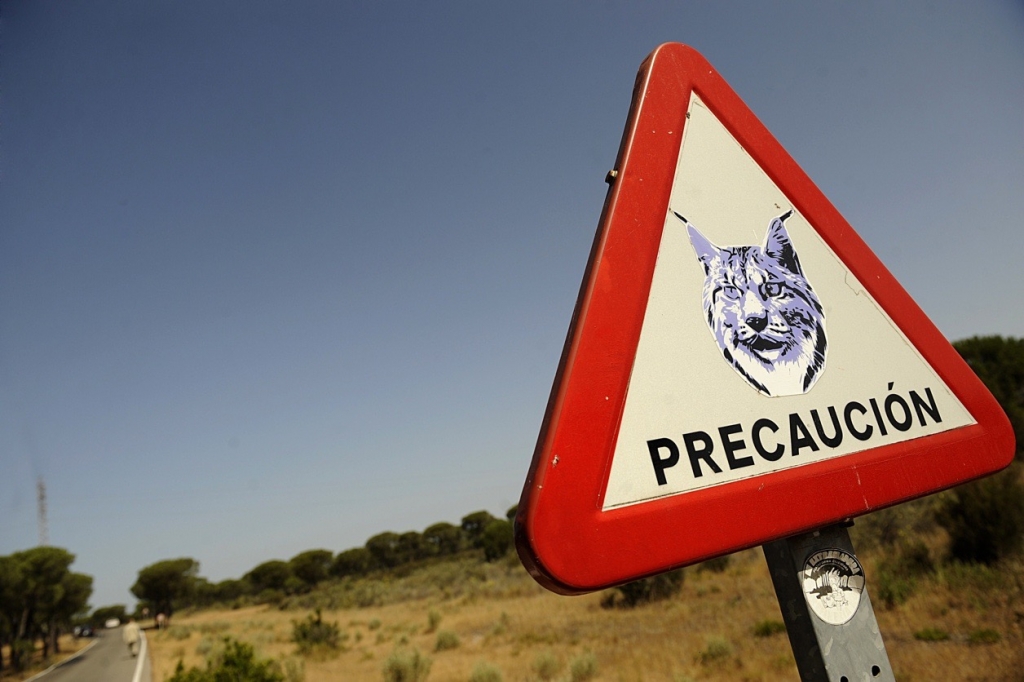 In Spain last year — despite a very public effort to save the lynx — 21 cats ended up as road kill. Another six were shot, poisoned or trapped.

In Spain last year, 21 lynx ended up as road kill, and another six were shot, poisoned or trapped. Those are frightening figures given that there are just 364 animals believed to be living in the wild — compared to an estimated 3,200 tigers and 6,000 snow leopards.

For Serra, each death hurts, but he’s proud the released lynx are generally doing well. “We have a 70 percent survival rate,” the center’s director said. “That’s good, very good. Anything over 50 percent is a success.”

A chain-smoking 40-year-old veterinarian, Serra spent five years working with lions in Botswana before returning to his native Portugal in 2006 to join the lynx project and continue a life-long fascination with cats.

To help minimize the risk of a fatal encounter in the wild, he says, human contact with the lynx in the breeding center is kept to a minimum.

Visitors to the compound need authorization from the government in Lisbon and only essential staff are allowed to get close to the twin rows of 16 enclosures where the lynx live — a complex surrounded by barbed wire and watch towers with the unnerving look of a prison camp.

“We have to avoid them getting used to human presence,” Serra said. “Also there’s always a risk of people bringing some cat or dog disease in with them, that could be fatal.”

Instead of getting up close, the 17 staff and volunteers in the center monitor the animals’ every move through a network of more than 80 cameras.

“We are not just saving them, we’re studying them,” Serra said. “These are the most closely observed animals in the universe.”

To prepare the cats for the wild, enclosures for the 19 adult lynx contain 1,000 meters (a quarter acre) of grassland. At feeding time, live rabbits are released into the pens and the lynx have to hunt to eat.

“We get through around 600 rabbits a month,” Serra explained.

The pens may be small compared to the 20 square kilometers (5,000 acres) of territory the lynx normally roam in the wild, but it’s enough to stop them from going stir crazy, he says.

His staff can empathize with the animals’ restricted space. They work around the clock in eight-hour shifts. Many eat and sleep in the isolated complex. “It’s like the Big Brother house in here,” Serra joked. “You need dedication for this work, it’s not easy and it’s not well-paid. It has to be a passion.”

Clarification: The headline on this story has been updated from an earlier version to clarify that the Iberian lynx would be the first cat species to go extinct in more than 2,000 years.