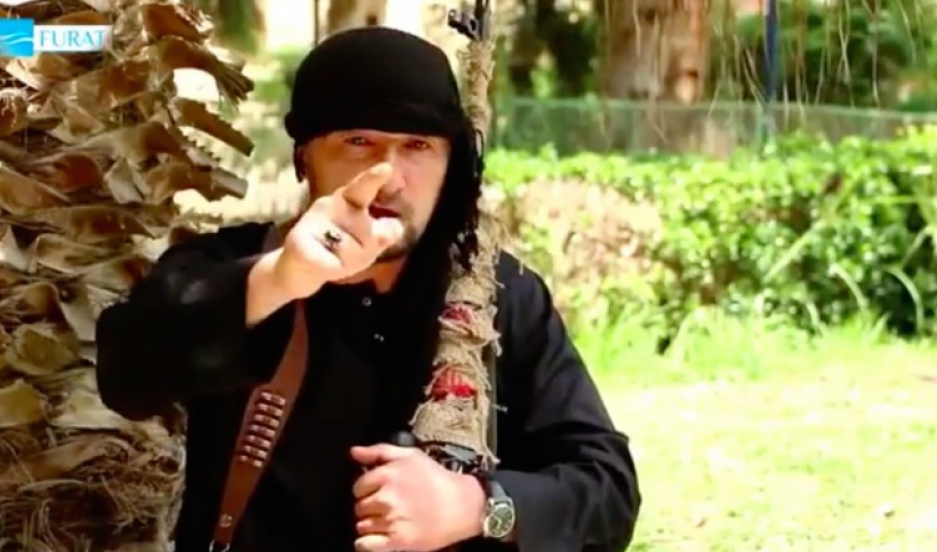 Screenshot of Gulmurod Halimov in video talking about his defection. The video has since been deleted.

In ex-Soviet Tajikistan, where the threat of religious extremism and terrorism has helped justify an excessive crackdown on practicing Muslims, people have been shocked to learn the head of the notorious special forces branch of the police has jumped ship.

Trained to fight the terrorists, Gulmuod Halimov has apparently joined the ISIS.

In the 12-minute video, Halimov, 40, said he had defected to the group in protest Tajik policies that do not permit people "to pray and wear Islamic hijabs” in the predominantly Muslim Central Asian country.

Halimov also called In th country's president and interior minister dogs and promised to “come for [the government] with slaughter.” He claims he trained in both Russia and the US, which he portrayed as infidel countries in his tirade.

Promoted to the rank of commander for outstanding service around three years ago, some now fear his viral appearance, capped off by him dramatically shooting a tomato with a sniper rifle, may make him an icon for future Tajik ISIS fighters.

The Tajik government is expected to release a full statement on Halimov's defection soon and blocked social media from which the video was shared on May 28, as well as Asia Plus, the Tajik news agency that first covered the story.

Edward Lemon, a researcher from the University of Exeter tracking Tajik fighters in Syria and Iraq tweeted:

‘Ministers will be delivering messages from ISIS territory’

In Tajikistan, readers condemned the commander. One person wrote:

Most have blamed the policies of the government as a root cause of ISIS’ appeal to some Tajiks.

An Asia-Plus commenter, called FG, replied to those who condemned Halimov:

Izzat Amon, a Tajik migrants’ rights activist, also argued that Halimov's alleged joining of ISIS is the product of the policies of the Tajik regime. He wrote on his Facebook page:

Rahmatillo Zoirov, the leader of Social-Democratic Party of Tajikistan, one of the country's few critical opposition parties, told Asia Plus that clan politics surrounding government appointments may have been one reason Halimov left his job, wife and eight children to join ISIS.

Tajikistan has blocked online resources in connection to ISIS before, notably when several citizens posted a video of themselves burning their Tajik passports and pledging allegiance to the group on YouTube. Like efforts to control religion through forced beard shaving and hijab bans, however, the blocks have not resulted in any obvious successes so far.