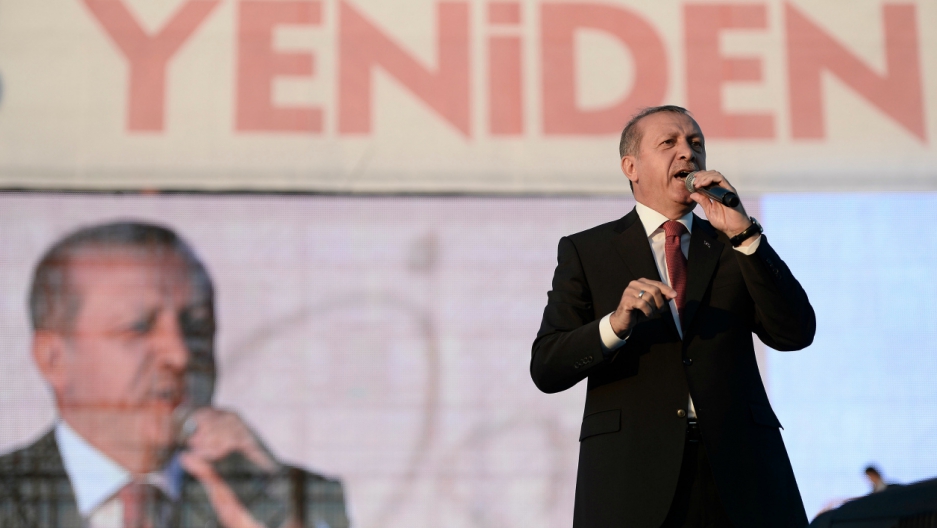 Turkey's President Tayyip Erdogan addresses his supporters during a ceremony to mark the 562nd anniversary of the conquest of the city by Ottoman Turks on May 30, 2015 in Istanbul, Turkey.
Credit: Gokhan Tan
Share

ISTANBUL — Irritated by accusations of lavishness, Turkish President Tayyip Erdogan has vowed to resign if the leader of the main opposition can find a single golden toilet seat in his vast new palace.

Kemal Kilicdaroglu of the Republican People's Party (CHP) has repeatedly criticized Erdogan's profligacy in campaign speeches ahead of a June 7 parliamentary election.

"Gentlemen in Ankara, palaces have been built for you, planes bought, Mercedes cars purchased ... golden seats have been bought, that's how you use the toilet," Kilicdaroglu said at a rally in the Aegean city of Izmir on Saturday.

Erdogan, who moved into the controversial new 1,000-room palace complex after winning a presidential election last August, challenged Kilicdaroglu to prove his assertion.

"I invite him to please come and take a tour ... I wonder if he will be able to find such a golden toilet seat in any of these washrooms," Erdogan said in an interview with state broadcaster TRT late on Sunday.

"If he finds it, I will resign from the presidency."

Brightly illuminated at night and sitting on a hilltop, the complex — nicknamed Ak Saray or the White Palace — dominates the skyline on the western edge of the Turkish capital.

Previous heads of state used a more modest old palace, but Erdogan's move came as he launched what he has dubbed a "New Turkey," in which he aspires to amend the constitution and create a full executive presidential system.

Erdogan wants the ruling AK Party, which he founded more than a decade ago, to win a strong enough majority on June 7 to change the constitution unopposed, but opinion polls suggest it will struggle to do so.