If there’s an area of public life where new words are needed, Icelanders have a committee for it.

It may be new medical conditions, or new automotive technology. Words are needed, fast. Otherwise people will get into the habit of using the (usually) English word.

I met two women who sit on a committee you might not think of as cutting edge when it comes to new technology: knitting. But as it turns out, knitting is full of new designs and methods, only a handful of which can be described in Icelandic.

Things hit a crisis after the 2008 economic meltdown, which was particularly severe in Iceland. Icelanders went into a form of hibernation involving wool.

“It was like a knitting boom.”  says Hulda Hákonardóttir, who does marketing for Icelandic wool products. “A lot of women started to write books about knitting.”

So far so good. But when the books came out, they were full of English words popularized by YouTube instructional videos.

In Icelandic-language books and knitting patterns, the authors haven‘t been able to agree on a standardized lexicon.

“They‘re even making up some words because they think that is the best word for it, says Hákonardóttir, who also sits on the country‘s knitting language committee. She says Icelandic writers don‘t understand that "we have a very good old word for the same thing.” 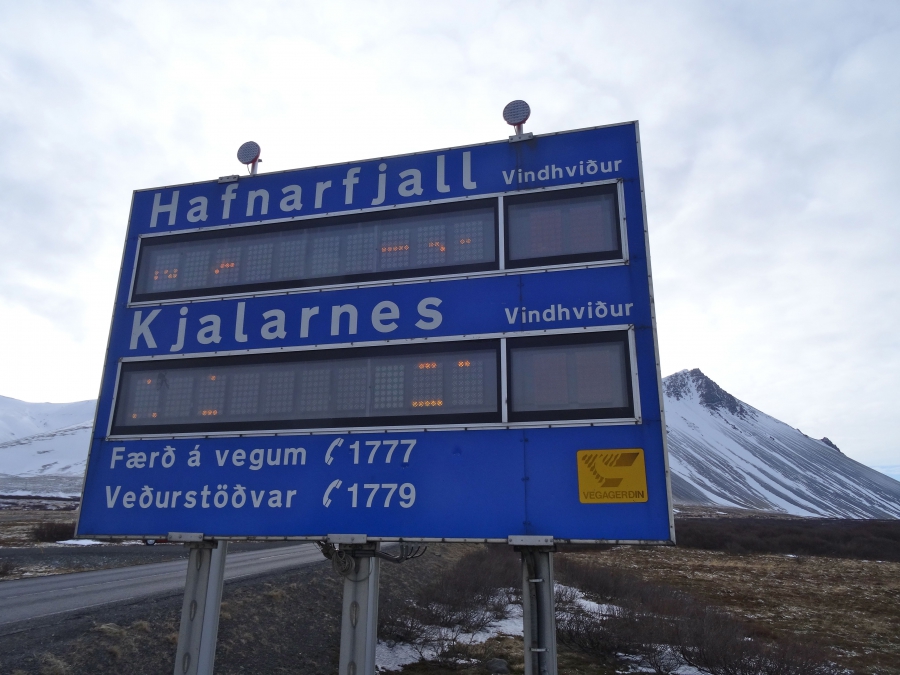 The Icelandic language, like its landscape, can be punishing.

We have a very good old word for the same thing. In a nutshell, that’s how Icelanders view their mother tongue. More than that, it’s the official language policy in Iceland. When in doubt, go back in time.

There’s probably a perfectly good old word that’s maybe fallen out of use. Combine it with another word, make sure it follows Icelandic grammar rules.

And then, try to talk the public into using it.

Here’s an example from knitting: The word "ribbing" — which is often used as edging on sweaters.

"We had a lot of words for this, and some confusion about what to call it," says knitware store owner Guðrún Hannele Henttinen, who’s also on the knitting language committee. “So we found an old word, stuðlar, and we thought maybe that would be good to use that again.”

The word, stuðlar, meant the same thing in old Icelandic but no one was using it anymore.

Another set of knitting techniques: casting on.

“In English, you have longtail cast on, knitting cast on, cable cast on,” says Hákonardóttir. “For cable cast on for example, we had to find a new word that really describes the method and we came out with fléttufit.”

That word derives from another old Icelandic term meaning “braid.” 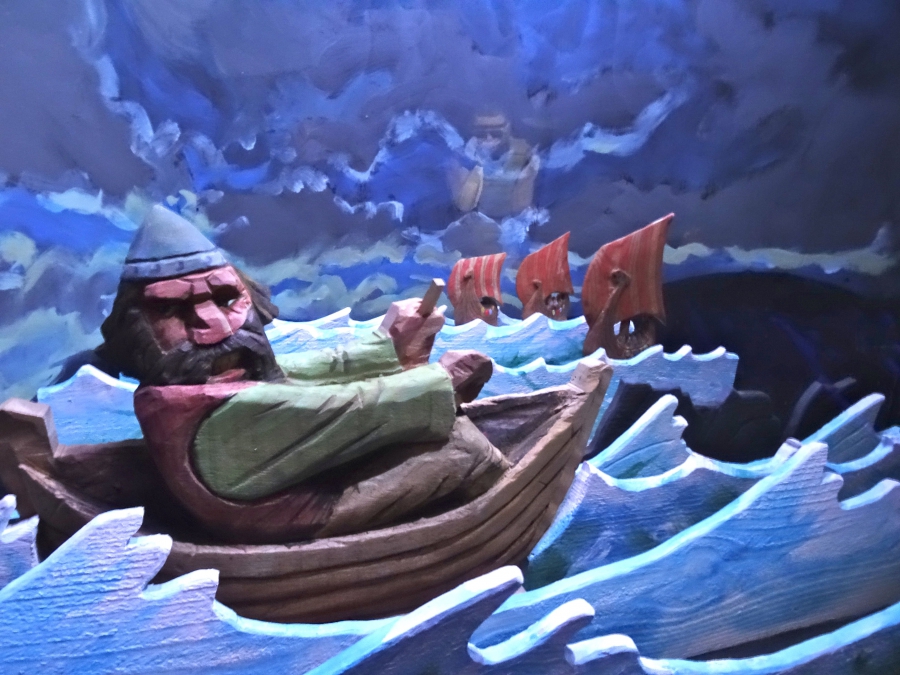 A scene from one of the Icelandic Sagas as depicted in an exhibit at the Settlement Center in Borganes, Iceland

This dredging up of archaic words makes total sense to Icelanders. They have a close, tight relationship with the past, that’s bound up in words.

Every Icelander knows the Sagas, the stories of the Viking settlement of Iceland, of violent struggles with the old world, and of love. (Just a little love.) The Sagas began as oral histories that were later written down in a form of Icelandic that‘s remarkably close to the language as spoken today.

“It has changed so little that we can read the Sagas like our newspapers,” says Kjartan Ragnarsson, who runs a museum called The Settlement Center

Pronounciation has evolved since the 13th and 14th centuries when the Sagas were trancribed, but the words and the grammar haven‘t changed all that much, certainly much less than the other Scandinavian languages, or Englsih.

“I’m sure that the old literature has so much to do with how strongly we are linked to the language as our identity,” says Ragnarsson. “It’s like music for us."

Most Icelanders feel the same way: It’s what makes them Icelandic, this language of epic struggle and survival. One writer tells me she so feels so close to characters in the Sagas they are like family.

But is it true? Has the language really not changed? Yes and no.

“If the people of Iceland create their own myth that this is the same language that we had in the old times, it’s going to be perhaps borne out,” University of Iceland linguist Kristján Árnason.

If everyone buys into the idea that the language isn’t evolving, then it won’t evolve. Or at least, you can put the brakes on it.

You can form committees to retrieve words from the past and recycle them in modern usage. So the language does evolve — but with a guiding hand.

That’s been tried elsewhere, usually with a heavier hand. Government-appointed scholars insisting on keeping their language old school — no modernizations, no bastardizations. But, of course, the people often ignore them, they speak how they want to speak.

In Iceland, the scholars are more like practitioners, knitware store owners and the like — they are the people. And nearly everyone buys into it.

“The idea of a language which is a treasure, something that we have to preserve has been very strong in Iceland,” says Árnason. “And with this comes purism, trying to keep the language pure.”

Ok, so the word ‘pure’ can be creepy. Flip the conversation from language to, say, ethnicity — and it can become the rhetoric of racism.

But most Icelanders believe that purity of language should be valued. The tongue they speak, they believe, has advantages over the likes of English, which has adopted foreign words, and maybe lost something along the way.

This policy of linguistic purity amounts to a refusal to lose words — or rather, the loss is temporary, thanks to the knitters, and all those other committees that are unearthing all those long-forgotten expressions.

“I thought it would be so difficult, that it would take us weeks to find one good word,” says knitware store owner Henttinen. “But when we started talking about it, good words emerged. So it was surprising to me how easy it was.”

Not so easy really — but that’s how Icelanders use their language to maintain of an intimate connection with the past.

This is the first of two podcast episodes on Icelandic. Check out Will Icelanders one day ditch their language for English?