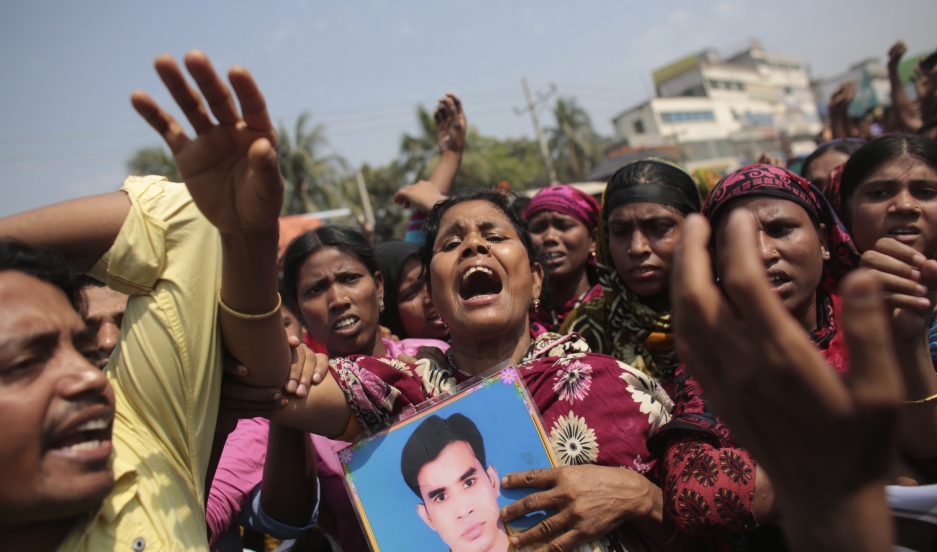 Relatives of victims killed in the collapse of Rana Plaza mourn on the first year anniversary of the accident. More than 1,100 factory workers were killed when the garment factory complex the worked in collapsed. Today, the owner of the building was charged with murder.

The owner of the Rana Plaza complex and more than 40 others will face murder charges in connection with the building's collapse two years ago. The disaster killed more than 1,100 people and is considered the country's worst-ever industrial disaster.

Sohel Rana and more than a dozen government officials are among 42 people to face charges that they ignored safety warnings to keep workers out of the building the day before the collapse.

The BBC's Akbar Hossain in Dhaka says the accused include government officials and owners of factories housed in the complex. Eighteen people have been charged with a lesser charge of negligence and violating building code regulations.

A court hearing is scheduled for June 28. If convicted, defendants could face the death penalty or life in prison.

Questions have been raised about the Bangladesh government's willingness to pursue the case. Hossain says the fact it has taken more than two years to bring formal charges has raised allegations that officers took their time during their investigation. But investigators say they had to interview more than a 1,000 people, including injured factory workers, government officials and experts.

Factory owners and politicians carry a lot of political power, adds Hossain. Investigators say they've been hindered during their investigations.

More than 2,400 workers were rescued or escaped alive after the factory collapsed April 24, 2013. Even after several complaints about cracks appearing in the walls, thousands of people were reportedly forced to continue working in the complex before it collapsed.