There's little agreement on what to call the so-called Islamic State. Should it be ISIL? ISIS? IS? Daesh? But there's plenty of agreement on what they are: An evil, violent menace. So when Iran announced it was holding an anti-ISIS cartoon contest, that was a good thing, right?

Organizers of the The International Daesh Cartoon and Caricature Contest (they went with the pejorative 'Daesh' because it de-links the barbarity of ISIS with Islam) say since they announced the contest in February, they've received 800 submissions from as far away as Brazil, Australia, Indonesia, Cuba and the United Kingdom.  They whittled the pool down to about 250 submissions that are now on display in several exhibits around Tehran. Winners will be chosen on Sunday, May 31st, with a top prize of $1,500.

Some of the submissions are straight forward cartoons focusing on the barbarity of ISIS and the need to halt it in its tracks. 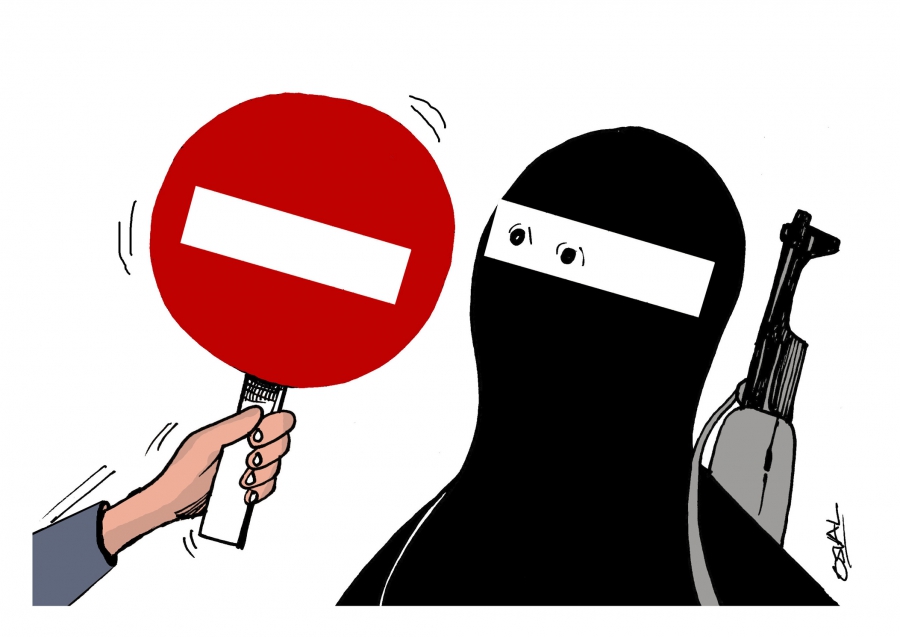 On Iran's English language Press TV, one of the contest organizers, Massoud Shojaei Tabatabaii said the point of the cartoon contest was simple: "ISIL tries to associate itself with Islam but in essence, has no idea about Islam."

There were no stated guidelines for cartoonists who wanted to submit, but caricaturists had to choose between several subjects, all of them considered unfriendly to Iran — and some of them only tangentially related to ISIS: ISIS leader Abu Bakr Al Baghdadi, Hamad bin Khalifa Al Thani, the former Emir of Qatar, Israeli Prime Minister Benjamin Netanyahu, French President François Hollande, British Prime Minister David Cameron or President Barack Obama. 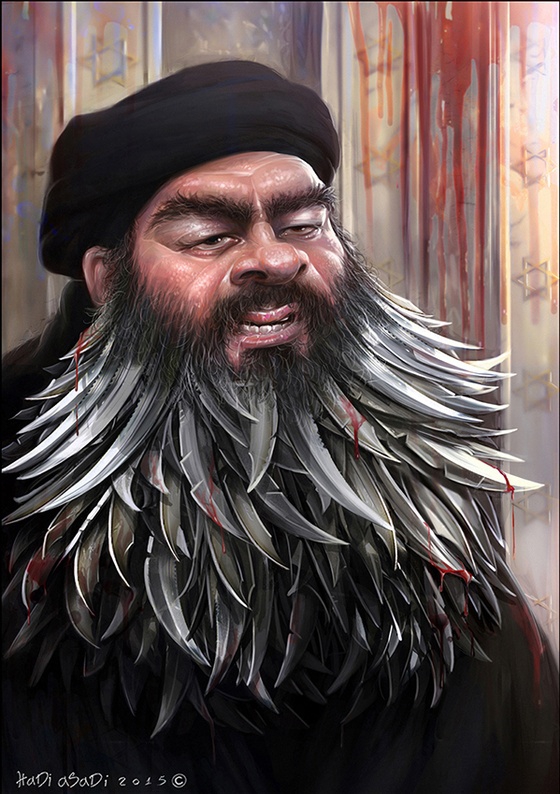 Caricature of Abu Bakr al-Baghdadi, the self-proclaimed Caliph of the so-called Islamic State.

Some submissions took aim at Israel, implying that it is somehow responsible for ISIS — or at the very least benefits from the presence of ISIS, because it gives Israel fodder for taking a tough line in the Middle East. 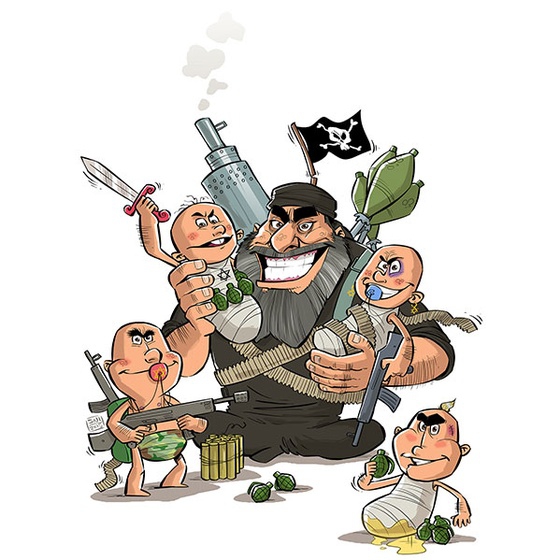 The cartoon implies that ISIS or Daesh fighters have spawned other kinds of violence, including that committed by Israel.

The only British entrant in Iran's anti-ISIS cartoon contest is Robert Edwards. His caricature offers an extreme view of Israeli Prime Minister Benjaman Netanyahu which many may find offensive. I asked him why he took part in the contest. He answered in an email: "I am taking part because I am a caricaturist and I admire Iran. I am opposed to the Zionist oppression of the Palestinians in Gaza and the West Bank." In 1981, Edwards served nine months of a twelve-month prison sentence for drawing cartoons which a British court claimed represented "aiding and abetting, counselling and procuring the publication of material likely to incite racial hatred." Edwards maintains he is not against Jews but against Zionism.

Iran has a history of controversial cartoon contests — operated at the government's behest. In 2013 the country hosted a "Down With America!" cartoon contest; last month it held its Second International Holocaust Cartoon Contest. Its stated purpose was to respond to the murders at Charlie Hebdo and challenge what you can and cannot cartoon about. American cartoonist Daryl Cagle decided to submit a cartoon, to make a point. His cartoon showed Iran's Supreme Leader Ali Khamenei uttering his famous statement about the Holocaust.

I entered the #Iran #Holocaust Cartoon Contest. Read all about it: http://t.co/YJziyt6ztg #IranDeal #IranFreedom pic.twitter.com/Pa2BAqaoo6

Cagle blogged about how his cartoon wasn't likely to be chosen because its irreverence would never be tolerated by Iranian officials. He also noted how he got advice about how to enter the contest from a friend, Nik Kowsar, an Iranian cartoonist who was imprisoned in Iran for drawing cartoons the clerics didn't like. Kowsar is now one of several Iranian cartoonists who were persecuted by Iranian authorities and forced into exile.