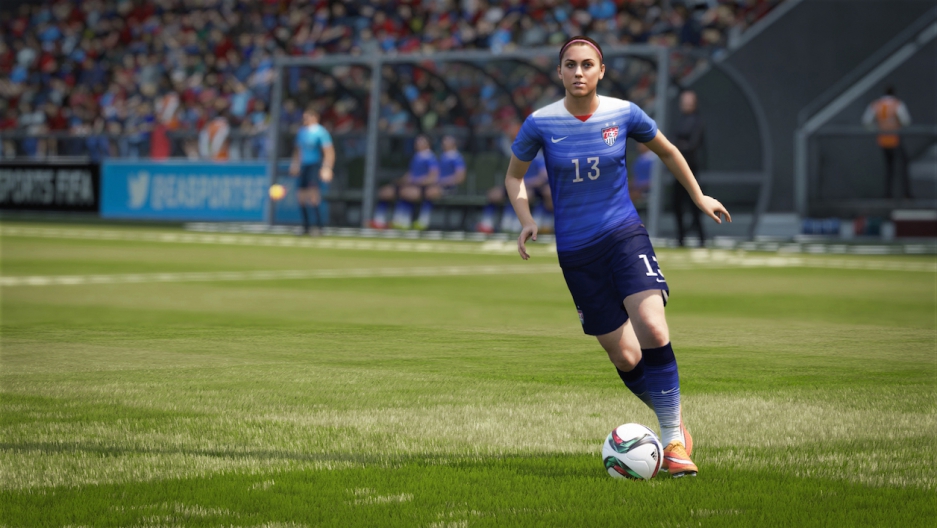 WASHINGTON, DC — Move over, Lionel Messi and Cristiano Ronaldo. Abby Wambach and Marta Vieira da Silva are coming to a game console near you.

When EA Sports launches FIFA 16 in North America on Sept. 22, gamers will for the first time be able to play with female pro players from Australia, Brazil, Canada, China, England, France, Germany, Italy, Mexico, Spain, Sweden, and the United States. Previous versions of the wildly popular video game have only featured male players.

Spanish national team captain Vero Boquete has been fighting to get women into the video game since 2013. While playing for Swedish club Tyresö FF, Boquete wrote a Change.org petition appealing to EA for the addition, which nearly hit its goal of 50,000 signatures.

“It feels great,” Boquete wrote in an email on Thursday.

“It was thousands of people who demand[ed] this change,” she said. "It's something so important for women's football, [it] can help us a lot. Now more people will know about us and it will be really important to educate kids."

An EA Sports FIFA spokesperson wrote in an email on Thursday that the franchise has wanted to introduce women’s teams for many years. “While those specific petitions didn’t have a direct influence, we do listen [to our] fans in many forums and Change.org is one of those,” he wrote.

The women's teams will be an additional feature included with the base product (rather than a downloadable add-on or a paid update).

Ron Weaver, a video game industry expert at the University of Central Florida, said that the promotional video highlighting the new edition of the game showed high quality likenesses of the female soccer stars.

“It didn’t look like they phoned this in,” said Weaver.  “I think it could actually influence how many girls would play this game, as opposed to just being this tiny thing that they add and nobody actually uses.”

An asterisk in EA’s game announcement is that women’s national teams — like in real life — can only compete against each other.

Eleven of the 12 teams featured in FIFA 16 are among the 24 that will compete for this year’s Women’s World Cup Finals in Canada. The tournament kicks off on June 6.

EA’s announcement has gotten a huge amount of reaction on social media, a good amount of it positive.

But there's been plenty of negative response, too — ranging from skeptical (“I’m really not trying to be sexist here but honestly, who is REALLY going to play with them?”) to disapproving (“nobody wants this”) to … not worth reprinting.

EA Sports has added women's teams in its new FIFA video game and these guys can't even pic.twitter.com/e6cWPakApG

So sad to see the misogynistic vitriol following @EASPORTSFIFA announce re. women in the game.We are better than this pic.twitter.com/RufIVjPJVW

Though unprecedented for the FIFA franchise, EA has given gamers the option to compete as female athletes in many of its other games. The NHL franchise added the option to play as a female character in 2011 after Lexi Peters, then a 14-year-old living in Buffalo, wrote a letter to the company. EA’s ultimate fighting series and its golf simulation game also allow players to use female avatars.