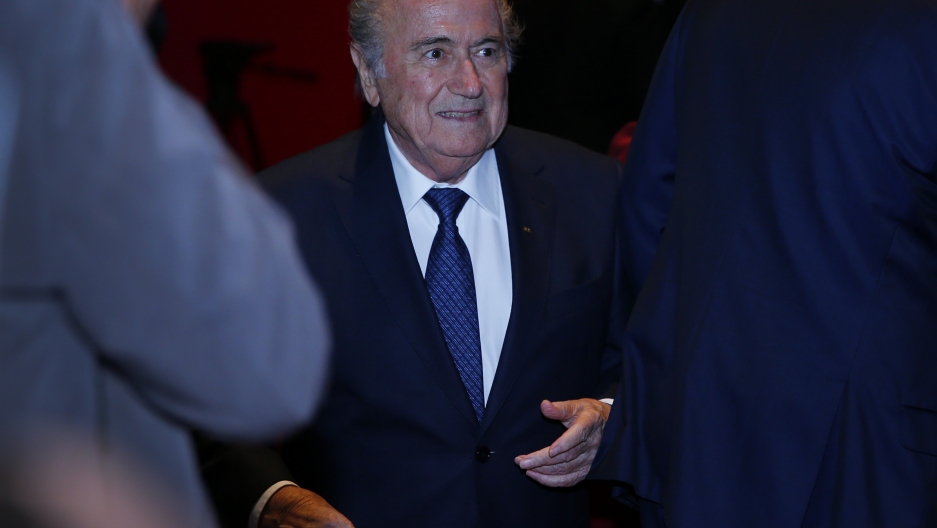 Just days after being re-elected, the head of the world's soccer governing body stepped down Tuesday, the organization he led since 1998 battered from a storm of indictments, arrests and charges of skimming $150 million.

Joseph "Sepp'' Blatter, 79, said at a hastily arranged news conference in Zurich that he would remain president until FIFA met to elect his successor.

The announcement followed increasingly strident comments by the primary sponsors underpinning Blatter's organization, which puts on the soccer's biggest event, the World Cup, every four years. Many worldwide, including US Soccer officials, expressed revulsion at the allegations of corruption and the awards of the World Cup to Vladimir Putin's Russia in 2018 and Qatar in 2022.

The news electrified social media worldwide, according to this map from the BBC Trending desk:

Blatter, a former Swiss watch PR person, built FIFA into the world's biggest professional sports enterprise. By last week, even he was acknowedging the depths of criminality alleged in his group — and vowed to clean it up. “For the next four years I will be in command of this boat called FIFA and we will bring it back ashore, we will bring it back to the beach,” he pledged last week.

Here is some background on him.

So who IS Sepp Blatter? Blatter was born in 1936 in the small Swiss town of Visp. He grew up there playing soccer, and actually got pretty good as an amateur. But when it came time for college, Sepp went for business and economics. His professional career has included stints as a PR man for a local Swiss tourist board, a job at the Swiss Hockey Federation and one at sports watch maker Longines. He started at FIFA 40 years ago, in 1975, starting as a technical director and rising through the ranks after that.

How long has Blatter been president of FIFA? Sixteen years, first elected in 1998. He succeeded a Brazilian named João Havelange who had been FIFA president for 24 years.

Where does FIFA's money come from? About 90 percent of FIFA’s revenue — that overall total is $5.7 billion from 2011 to 2014 — comes from the sale of television, marketing, hospitality and licensing rights tied to the World Cup, soccer’s showcase tournament every four years and the most popular sporting event on the planet.

Where does the money go? A lot of it is distributed by Blatter to FIFA’s 209 member soccer federations, based in countries all around the globe.

How much does Blatter make as president? Nobody knows, because FIFA won’t say. But last year Forbes listed Blatter as No. 70 on its list of the most powerful people on the planet.

How do you get elected as FIFA president? There are elections every four years in which all of FIFA’s 209 member national soccer federations cast their vote. Every nation’s federation, no matter how big or how small, has an equal vote. So there’s a lot of pressure on delegates from the tiny nations, like Trinidad and Tobago or Bangladesh, to support one candidate or another. And sometimes, a lot of temptation for delegates to demand a bribe in exchange for their support.

How long have Blatter and FIFA been dogged by corruption allegations? For decades. Blatter’s predecessor, Havelange, was involved in a bribery scandal, and there are allegations that Blatter’s first election as FIFA leader in 1998 was tainted by bribery.

Has Blatter ever been personally accused of bribery? Not directly. Multiple times, FIFA has declared that while lower level officials have been found guilty of corruption and bribery, Blatter himself has been cleared. FIFA said so again this week, after the US indictment against several top FIFA officials who served under Blatter. And Blatter himself says, with a straight face, that there’s no room for corruption in his organization.

So why was Blatter under pressure to resign? Because he oversees a system that is rife with corruption, according to US investigators and many other observers. Bribery allegations have tainted the process that Blatter oversees for the selection of World Cup hosts. And Blatter also faces allegations that he uses FIFA’s “soccer development” money as a slush fund, handing out payments to soccer organizations around the world in tacit exchange for their support at election time. That’s not illegal, but it is shady.

Why didn’t Blatter resign earlier? He still has the support of many soccer federations who’ve been on the receiving end of his largesse. And FIFA lacks an independent board that might compel him to step down just because his image is tainted. Instead, FIFA is governed by an Executive Committee whose members are all products of the same system that produced Blatter. So there is little incentive for them to force the president’s departure. Plus, he has a vote of confidence from the 2018 World Cup beneficiary, Vladimir Putin, but Putin's pals also include Syria's Hafez Assad and North Korea's Kim Jong-Un. Blatter's latest enemies: US soccer.

The future of FIFA 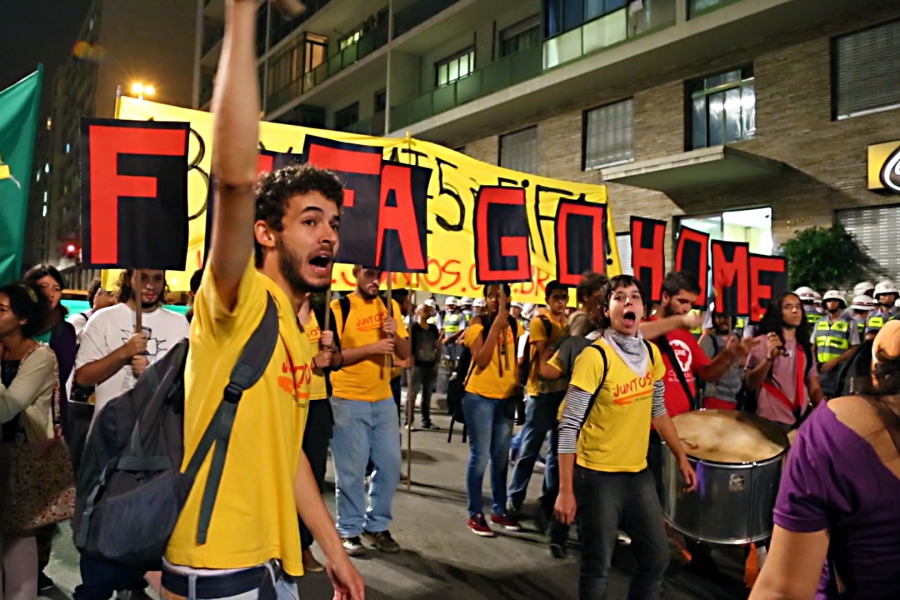 The World's soccer guy, William Troop is taking your questions and comments on Facebook.

The Robin Williams connection: Before the 1994 World Cup in the United States, when Blatter was FIFA’s secretary general, he came to the US to oversee the tournament draw. And Blatter appeared on stage during the event with comedian Robin Williams, who proceeded to call him Mr. BLADDER throughout the proceedings. Sepp was not amused, and FIFA apparently claims to have lost the video. No matter. This transcript, provided by Sports Illustrated's Grant Wahl, shows how Williams instantly saw the uptight, vaguely creepy official as a foil for lines like these: "Mr. BLADDER, so nice to meet you after feeling you for so many years!'' and, "You are full, I guess? Good! ... Now it is time to pull the blue balls?''

Britain's Steve Bell has fun (does he ever not have fun?) with FIFA scandal. http://t.co/ZiabptX0XX #FIFA #FIFAarrests #FIFA

RELATED: What is FIFA and why do we care about its scandal?