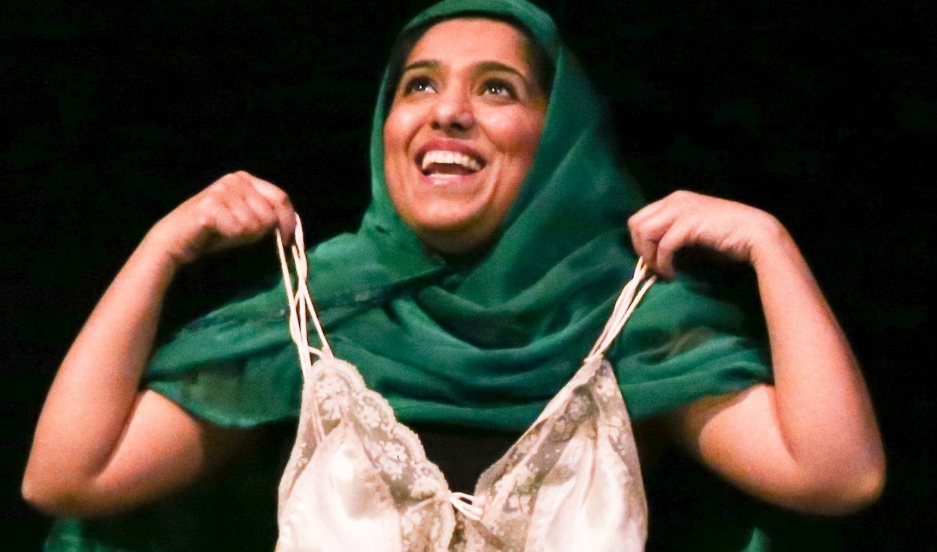 Aizzah Fatima used to worry that the title of her one-woman play, "Dirty Paki Lingerie," would offend her fellow South Asians. But after nearly five years of staging the production from Toronto to Turkmenistan, the Pakistani American actress is less concerned when the ethnic slur raises eyebrows.

"It was a big challenge when I first started doing this play to get the Muslim American community to support it," she says. "That's really changed."

The monologues in 'Lingerie' explore issues of identity, sexuality and religion from the perspective of six Pakistani Americans. In recent weeks, Fatima and director Erica Gould have taken the production to Luton, Bradford, Glasgow and London where they've engaged with local Muslim communities through "talk-backs" after the show.

"I've had theaters book the show, and then drop it because they were worried," she says. "We were in Bradford, which I think is one of the poorest cities and the largest concentrations of Pakistani people in the UK, and there were definitely people in the audience who had an issue with it. And they were vocal about it, yet they still came."

The phrase "Paki" is especially derogatory in Britain, where it was first used by tabloids in the 1960s  to refer to all South Asians, including Indians, Afghans and Bangladeshis.

Fatima says she decided to write the show to offer a more nuanced view of the Pakistani-American experience in the US, and because she was frustrated by being told she wasn't "trashy enough" to portray the roles typically offered to South Asian Muslim actresses.

Fatima says the South Asian stereotypes will be shattered in coming decades.