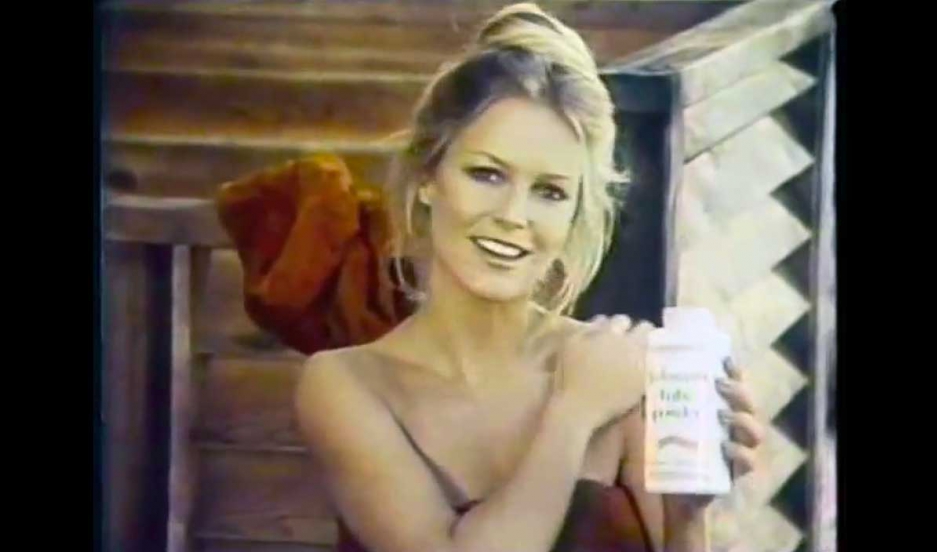 Some studies, beginning in 1982, have indicated that women who used talcum powder products for feminine hygiene have a higher risk of ovarian cancer than women who don't use them. But the findings are controversial.

Think talcum powder and many of us picture chortling babies and smiling mothers changing diapers. Nothing seems more safe and wholesome. And many women use talc products daily, as well, for feminine hygiene and after showering.

Johnson & Johnson's Shower to Shower is marketed as, "Just a sprinkle a day helps keep odor away." Yet now many women have filed lawsuits against Johnson & Johnson, arguing that talc in this and other products led to their ovarian cancers and that the company should have warned them.

"There are in the neighborhood of 700 [lawsuits,] most of them in St. Louis and in New Jersey where Johnson & Johnson is headquartered," says Myron Levin of the health-focused news site FairWarning.org. "But the numbers are still going up, so there probably will be more."

Talc is the softest-known mineral and talcum powder has been used for decades as a lubricant, in cosmetics and for personal hygiene. Johnson's baby powder was one of the company's original products and has been sold for more than a 100 years.

But in the last few decades, some studies have suggested a possible link between talc and ovarian cancer. Levin recently wrote an article outlining the long-held concerns and the hundreds of lawsuits filed on behalf of women or their survivors against Johnson & Johnson.

These studies go back, he says, to a British study in 1971. Researchers reported that microscopic analysis of 13 ovarian tumors found talc particles in 10 of them. Several other studies followed in the early 1980s in the United States and Europe and suggested that women who use talc feminine hygiene products may have up to a 35% higher risk of ovarian cancer than women who don’t those products.

But findings have been mixed and researchers don't have a clear mechanism that might lead talc to cause cancer. One theory, says Levin, is that talc causes inflammation. “The idea is that the talc can travel through the genital track to the ovaries and that the inflammation that then is caused by talc particles being deposited there leads to cancer,” he says.

About 21,000 cases of ovarian cancer are diagnosed annually in the United States and about 14,000 women die from ovarian cancer each year. Researchers who believe there is a definite causal link estimate that talcum powder use could cause about 2,100 cases, or 10 percent, of those ovarian cancers, Levin says.

He notes that in this situation and many others, the health debate is not being adjudicated by the government agencies designed to protect our safety. The evidence is being weighed in US civil courts. "Decisions probably that should be made somewhere else are resolved by people filing lawsuits against major companies, and scientists and experts being arrayed on both sides to argue about what the evidence is."

One lawsuit against Johnson & Johnson went to trial and a jury gave its verdict in 2013. A woman named Deane Berg claimed that her ovarian cancer was caused by years of talc powder use for feminine hygiene and that the company knew of the potential link.

Johnson & Johnson says there is no reason to warn consumers because studies have shown talcum powder use to be safe. On its website, the company writes, "Few ingredients have demonstrated the same performance, mildness and safety profile as cosmetic talc, which has been used for over 100 years by millions of people around the world." It goes on to note that talc is used "in a range of other consumer products such as toothpaste, chewing gum, and aspirin."

To back up this assertion, the company cites findings on talc's safety in 2013 by the Cosmetic Ingredient Review, an industry-funded group that says it does independent scientific reviews.

Yet in the Deane Berg case, the jury found Johnson & Johnson liable for not warning her of the risk of ovarian cancer. However — and strangely — the jury awarded no damages to her.

Berg’s case is the only one that has been tried so far. When Levin asked a juror in that case about the decision, he heard that the jury did not believe the medical evidence was persuasive enough to conclude that Berg’s cancer actually was caused by talc. Still, the jury felt that Johnson & Johnson should have put a warning label on the product.

And hard for consumers to sort out. The International Agency for Research on Cancer, part of the World Health Organization, considered talc in 2005-2006 and came to a finding that talc is “possibly carcinogenic to humans” (classified as Group 2B ) when used in this manner. Levin notes that many other consumer products are also in that category, "so the industry has tried to sort of dismiss this as being insignificant, but they were very, very upset when this happened."

Levin says other bodies have considered the research and decided to make no finding because there wasn't enough evidence. The American Cancer Society is one such group. It states:

"Many studies in women have looked at the possible link between talcum powder and cancer of the ovary. Findings have been mixed, with some studies reporting a slightly increased risk and some reporting no increase. Many case-control studies have found a small increase in risk. But these types of studies can be biased because they often rely on a person’s memory of talc use many years earlier. Two prospective cohort studies, which would not have the same type of potential bias, have not found an increased risk."

Still, the ACS notes that "talc is widely used in many products, so it is important to determine if the increased risk is real. Research in this area continues."