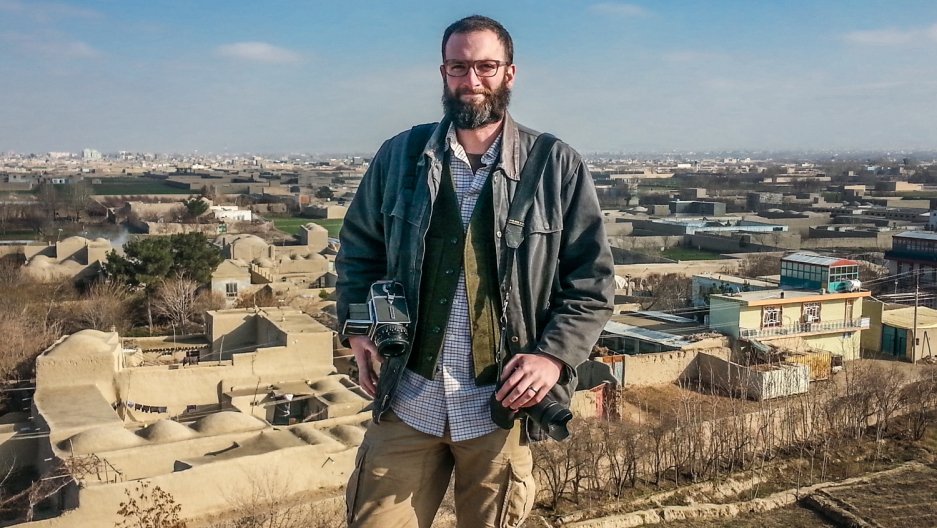 Ben Brody on assignment for The GroundTruth Project in 2015.
Share

Ten years ago I was a few months into my first tour in Iraq, a 25-year-old know-nothing specialist in the Army, carrying two cameras and a rifle into east Baghdad every day. Now I’m a photojournalist, covering the war in Afghanistan since 2010. The soldiers I meet now in Afghanistan — many of them joined the Army when I did — reenlisted a couple of times, and now they’ve done five or six tours.

Every Memorial Day, I think about Wild Bill Wood, and also Danny, Frost, Carver, Riv, Culbreth, Spike, and the other people I saw die but whose names and stories I never learned. I think about my own place in the world, what it means to be grateful to have been a soldier in a war I hated, and how that war changed me, how it changed a tiny sliver of my generation. Service is not all sacrifice. You can learn a tremendous amount, you can become formidable, you can earn a place in history. But never before in the American history of war have so few fought so hard for so long.

I left the Army after my second Iraq tour in 2008, went to school on the GI Bill, and turned myself into a journalist. I still cared about the story of America at war, and wanted to tell it my way. When I was a soldier, I photographed for the Army, but I wrote for myself. This is what I wrote in Baghdad, 10 years ago last week.

“We drove to the Martyr’s Monument, an enormous turquoise onion-shaped dome, split down the middle and offset a bit, like two 150-foot-tall half-onions, built to honor all the Iraqis who died fighting Iran. It’s gorgeous, and it looks like the kind of thing that will endure.

Across a system of ponds, an amusement park was in full swing; children screaming on rickety roller coasters, young couples riding the sky trams, the smell of falafel frying. Watching the Ferris wheel turn slowly, hypnotically, when a huge column of smoke and fire rose in the distance behind it, followed by a low, insistent concussion, the kind only the really huge bombs make, the kind that smashes glass for a mile and causes instant reverence and wonder.

I took some pictures of the Ferris wheel and the angry black cloud behind it, then we moved out to the site of the explosion. It wasn’t hard to find, lots of people on foot were on their way there, and the buildings were low enough to follow the smoke.

There were hundreds of people milling about seven incinerated cars, the upside down carcass of a shuttle bus, smashed buildings, smashed asphalt, smashed people. Twelve of us in four vehicles, we got out, minus the four gunners, and strode up to the crater. Smoldering cars hissed and steamed as firefighters sprayed them down and the soapy, oily water mixed with blood to form a deep black puddle in the crater.

I was trying to photograph the city’s emergency services in action. Photographed a young man in shock, questioning palms outstretched near an overturned car, as an increasingly violent mob swirled around him. People jumped on the twisted cars, screaming at us, throwing asphalt, waving posters of Muqtada al-Sadr that appeared from thin air — in seconds they were chanting threats at incredible volume, closing around us quickly.

You can learn a lot about yourself, and the people around you, when your small party is the focal point for a huge mob’s violent rage. A thousand ideas, possibilities, maneuvers flashed through my mind — keeping a mob at bay can be done, but it’s not easy.

We tightened into a small, pointy object bent on holding our ground for the twenty seconds it would take for our gunners to bring the trucks in and get us. When it became clear they weren’t coming, we pushed through the crowd, slowly, deliberately, trying to conceal our vulnerability with cool and control, then dashed the last five feet into the gun trucks and sped off, rocks flying in the air, people running after us, trying to head us off at the next block. We raised our rifles, ready to blast our way through or die trying, and there it was, huge, taking up the whole windshield, an Abrams battle tank, 70 tons of Law and Order thundering past us, toward the mob, firing a heavy machine gun in the air, scattering everyone, and I thought to myself, breathing deeply — America. Fuck yeah.”

Five months later, an officer I knew well was killed by an IED. He wasn’t the first soldier I knew who died, but his death was the first that had a profound impact on me. This is what I wrote about it from a broom closet inside a bombed-out Baghdad ruin we called an office building.

“Wild Bill, a man who was a big part of my military trajectory, died today just south of here. He was my battalion commander in boot camp, I remember him crawling next to me through the sand and concertina wire and sweat and gnawing fear of brand new soldiers as three big machine guns rattled over our heads, tracers twisting wildly in the cold winter wind. He came to Spartan Brigade at the same time I did. I did a double take after walking into a smelly tent in a Louisiana swamp to see Wild Bill standing there looking like he’d just eaten a live rattlesnake. Infantry for 18 years always said he was looking for combat and never found it once until a five pound hunk of molten copper came crashing into him at seven thousand feet per second. This place. Sometimes that’s all the combat you see in ten months, but that’s all it takes.

I ran tonight, despite no sleep for the last two days with the Iraqi police hate raiders, until there was nothing left, till my lungs felt like raisins and my blood felt like gasoline and I could feel the little capillaries opening up turning electric in my fingertips and everything but my brain screamed for me to stop. I kept running until it got dark and the stars came out through the red shiny mackerel skin clouds over Baghdad, and the smoke on the horizon and the pain of Wild Bill being gone forever drifted away.”

This Memorial Day I plan on foraging for wild mushrooms in the forest near my house in western Massachusetts. It just rained, with a cold snap expected tonight, and the time is right for the fallen oaks to start yielding up huge orange brackets of Chicken of the Woods. A friend got me a tall wicker basket at a yard sale, and in an act of beating swords into ploughshares, I made it into a backpack using the well-worn straps from my old army rucksack. There’s a giant red oak that fell years ago amid 18th-century stone walls that I’ve got my eye on. I’ll visit the tree, and pay my respects to the fallen giants.

This article is part of The GroundTruth Project's "Special Report" titled "Foreverstan: Afghanistan and the road to ending America's longest war." You can view the full project, produced in partnership with WGBH Digital, with more written dispatches, video and photography at www.foreverstan.com. This project was made possible through support from The Ford Foundation.