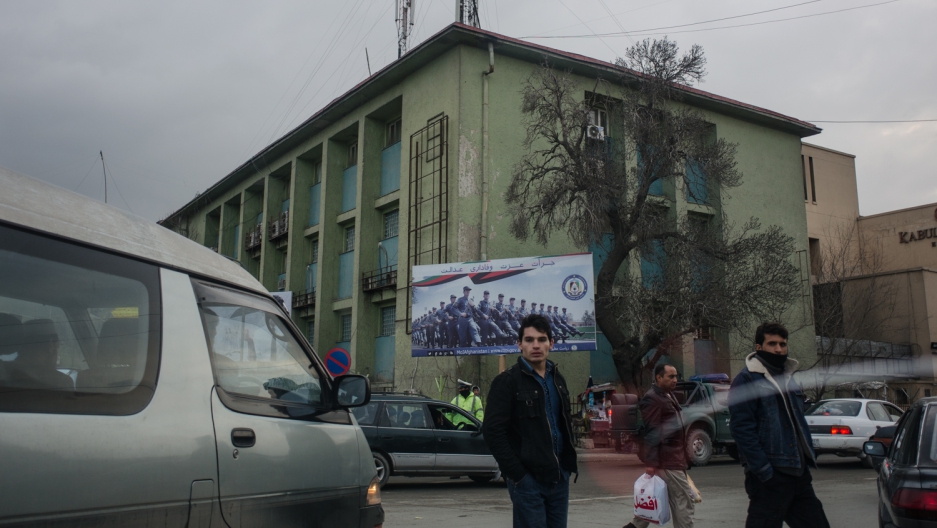 KABUL, Afghanistan — A US diplomat attending a recent gathering inside the American Embassy here in Kabul asked, “Are things really turning to shit or does it just look that way?”

It’s a difficult question to answer. While Taliban attacks like the one on a hotel frequented by foreigners that killed 14 people earlier this month seem to be coming more often these days, it may just be part of the ebb and flow of this seemingly endless war. Old-timers in Kabul remember the kidnappings, bombings, shootings and lockdowns of years past. This seems very much in the same vein.

Out in the “real” Kabul, away from the embassies, hotels and NGO headquarters, the tensions are showing. While foreigners have their comfortable and relatively secure cocoons, there is no such barrier for Afghans.

“Nothing good will ever happen here,” said Abudin, a young engineer. “We are bad. All Afghans are bad. Trust no one.”

When asked if he counted himself among that number, he smiled crookedly.

It has been a painful spring for Afghanistan, which has sorely tested the optimism expressed by a group of young Afghan movers and shakers in “The Millennials,” part of The GroundTruth Project’s in-depth reporting project on America’s longest war, “Foreverstan.” As 25-year-old businessman Yousef Dawran said, “I’m sure that one day everything will change, and that ‘one day’ could be any time. You can see hope in the face of every Afghan — sure, they are disturbed, they are tense, things are not happening the way they want, but at the end of the day they have hope.’”

Meanwhile the National Unity Government brokered with aplomb by Secretary of State John Kerry has developed huge cracks. Ethnic tensions so successfully stirred up during last year’s election campaign are once again bubbling to the surface.

There is still no defense minister — a key post in a country struggling with a robust insurgency.

While the government dithers, the violence can’t be ignored. Over the past few weeks a series of attacks in the capital has put everyone on edge, including the May 13 hotel attack that left 14 dead including one American woman, Paula Kantor.

Kantor had lived in Kabul for years as the head of the Afghan Research and Evaluation Unit, and was known to many in the expat community and beyond. Her death sent ripples of alarm through the foreign organizations based in Kabul, some of whom began making plans to evacuate international staff.

Then, on May 19, a huge blast in the parking lot of the Justice Ministry killed at least five and injured dozens.

Earlier in the month, two separate attacks on buses full of staff members of the attorney general’s office were targeted, with several dead and many injured.

Elsewhere in the country, there are similar tales of chaos.

Just a few days ago Kunduz, a major city in the relatively tranquil North, seemed on the point of falling to the insurgents.

Talk of Da’esh — the Afghan way of referring to the Islamic State — is growing more frequent. While most analysts pooh-pooh the IS-hysteria as savvy marketing, meant to keep the Americans in Afghanistan, there does seem to be an increase in foreign-born fighters in some of the hotspots. Most of the fighters hail from the neighboring states of Tajikistan, Uzbekistan, Kyrgyzstan, and Chechnya.

In March, an act of horrific violence shocked and sickened the nation: a young woman, Farkhunda, was savagely beaten to death by an angry mob, her body set alight and dumped in the dry bed of the Kabul River. Dozens of police stood by and watched.

Farkhunda’s “sin” was to have been accused — falsely, as it turned out — of burning the Quran. Some public figures, while condemning the attack, maintained that had she in fact set fire to the holy book, her punishment would have been justified.

The case was a triumph for social media: the murder was captured on dozens of cell phone videos, and within hours of he death, YouTube featured several versions, all clearly showing the joyous sadism of the mob. On Facebook some of the perpetrators actively boasted of their role in the mayhem.

Farkhunda’s death galvanized civil society. Demonstrations in Kabul brought thousands onto the streets, chanting “Justice for Farkhunda” and “We have been silent for too long.”

It may have helped. The government arrested 49 men for the murder, including 19 police. The state conducted a speedy trial and sentenced four of them to death.

Another eight were given lengthy prison sentences, while 18 were freed for lack of evidence.

The police were given more lenient treatment — 11 men received a one-year jail sentence for failing to prevent the violence.

But it is difficult sustain momentum in the face of a constantly deteriorating situation. One women’s rights activist, who spoke on condition of anonymity because of the threat to her should her name leak out, sighed when describing the present situation.

“We are hopeless, we are helpless, we are totally frustrated,” she said, her dark eyes red with unshed tears. “My daughters tell me, ‘Mother, let us leave this place.’ I say ‘No, this is my country. I will stay.’ They get angry on me, they say ‘Fine then, just take us out of here, and you can come back to your beloved Afghanistan.’”

While giving a boost to social activism, the Farkhunda case has also contributed to the general malaise.

But Afghanistan is very far from a secular revolution of the type led by the revolutionary who founded modern Turkey. In fact, the mullahs are striking back.

Conservative clerics blame civil society for encouraging women to protest. They criticize performance artist Kubra Khademi, who walked through Kabul in a suit of armor to protest sexual harassment.

They abhor the men who dressed in burqas to protest the treatment of women.

As a prominent religious leader, Enayatullah Baligh, told Reuters, "We ask the government to tell  [civil rights groups] to stop. Otherwise, we know how to stop them … I have 7,000 supporters who will obey any orders I give them. I can turn Kabul city upside down."

But the anonymous women’s rights activist does not take this seriously.

“This just shows how weak they are,” she said. “Sometimes I think that these men want Janaat (Heaven) for themselves and want everyone else in Dozaakh (Hell).”