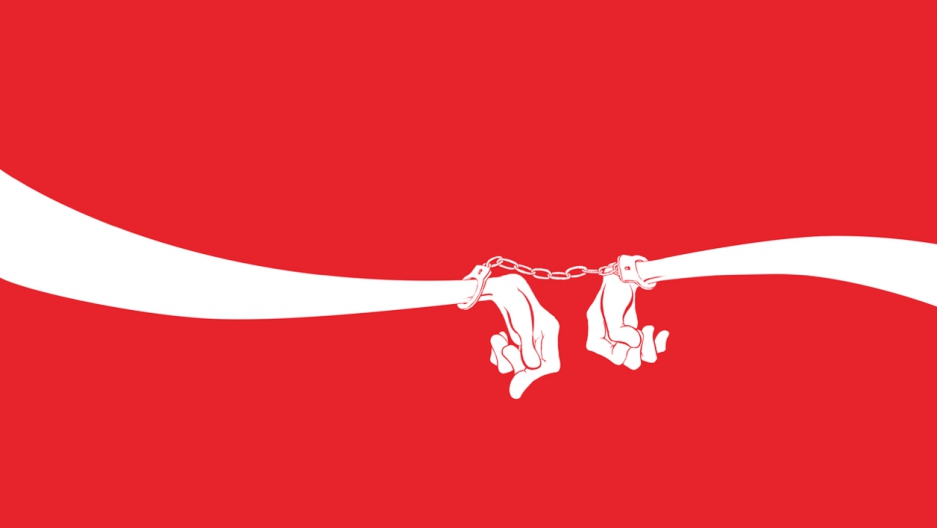 It's starting to look like the only parties happy about Qatar hosting World Cup 2022 are Qatar, FIFA, and the multinational corporations that are sponsoring the event.

One of those sponsors is Coca-Cola.

Qatar and FIFA have been widely criticized over the exploitative and dangerous living and working conditions for laborers, most of them migrants workers from South Asia, who are building the stadiums, hotels, and other infrastructure necessary for hosting a World Cup.

FIFA has rejected calls to host the event elsewhere, and Qatar has promised labor reforms.

Amnesty International reported this month that those reforms haven't happened. That's what GlobalPost correspondent Reese Erlich confirmed when he traveled to Qatar's Sailiya labor camp, where tens of thousands of contract laborers live jammed together without running water or sewage pipes in company housing. Workers there told GlobalPost that companies were still practicing a controversial system known as "kafala," in which job seekers are forced to hand over passports to their employers so they can't change jobs or leave the country.

More from GlobalPost: What Qatar's migrant workers have to say about building the 2022 World Cup

Seems concerning, right? Not to Coca-Cola. The company released a statement on May 20 that was probably disappointing to any human rights advocates hoping that threats to sponsors' pocket books might be more effective than lobbying FIFA or Qatar:

The Coca-Cola Company does not condone human rights abuses anywhere in the world. We know FIFA is working with Qatari authorities to address questions regarding specific labor and human rights issues. We expect FIFA to continue taking these matters seriously and to work toward further progress. We welcome constructive dialogue on human rights issues, and we will continue to work with many individuals, human rights organizations, sports groups, government officials and others to develop solutions and foster greater respect for human rights in sports and elsewhere.

The backlash has already begun in the form of a single, powerful image. It's a fake advertisement designed and posted online by a Reddit user.

It's going viral. Coke should be worried. Qatar's World Cup is several years away and there'll be a lot more where this came from. Where has all the Gaza aid money gone? Help us find out