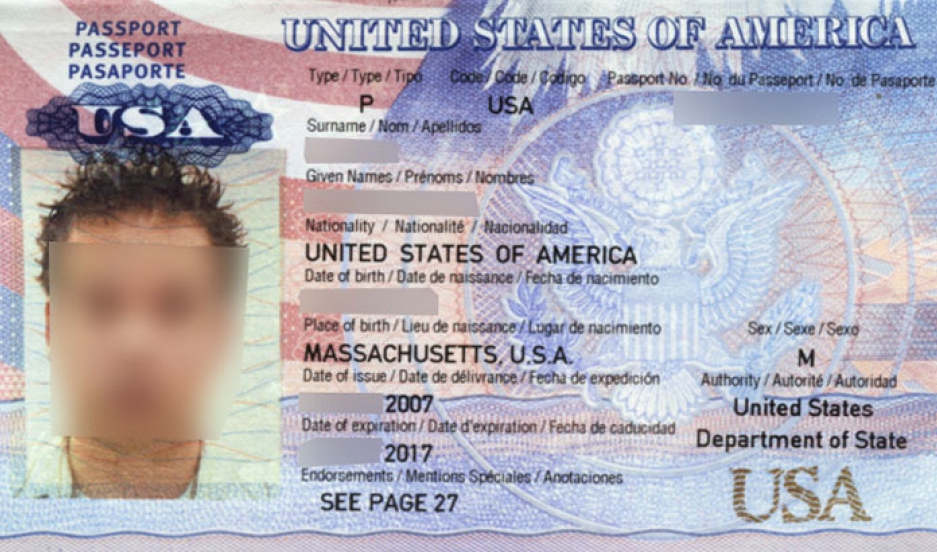 The data page of a United States passport.

US Department of State

It was a cold December day when Sam Neher had his pocket picked in Istanbul.

Neher, a recent graduate from the University of Michigan, was wearing a winter jacket. "My passport was in a little pocket that was zipped, underneath a buckle," he recalls. But when Neher and his girlfriend stopped at a café, he says, "I noticed that the zipper was open and my passport was gone."

He reported the passport stolen to the US Consulate in Turkey and considered the matter done — until Mike Giglio, an Istanbul-based reporter for BuzzFeed News got in touch with Neher. While working on a story about stolen passports in Turkey, Giglio had come across the one taken from Neher.

"[He said] something along the lines of 'There are murky characters here in Istanbul that have dealings with Syria and they've recovered a whole bunch of stolen American ISIS fighter passports and yours is one of them,'" Neher says.

Through Giglio, Neher learned about a whole network of underground smuggling and organized criminals in Turkey. "[They] have a bunch of these pickpocketed passports and the pictures in the passports almost become like trading cards on smart phones," he says.

Neher found out the smugglers try to find Syrian refugees who look like the people in the stolen passports so they can use them to get to the other countries.

When Giglio contacted him, Neher says he was worried. After consulting with his father — "parents always seem to know what to do" — he got in touch with the State Department and left a tip on FBI's website.

So far, no one has gotten in touch with him, he says.

And as far as Neher knows, his passport hasn't left Istanbul. He says it exchanged hands a couple of times and ended up with one the well-known smugglers in Turkey.

The experience has left Neher a little shaken, but he says he doesn't worry about traveling in the future. "It's not a way you want to live your life," he says, "I kind of tend to assume that the best will happen."