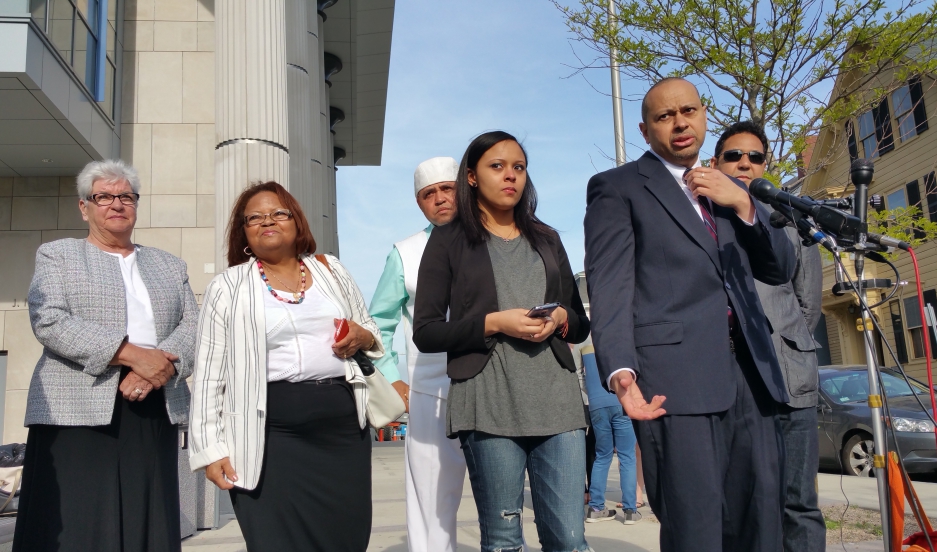 Angel Echavarria with his 22-year-old daughter, Ishannis Lopez, and other family members.

Prisons are filled with men who claim they are innocent. Once in a while the stars seem to align and a lucky man is given the chance to prove it.

When Angel Echavarria went into prison more than two decades ago, he was a technologically adept DJ on the side. On Monday, when the 48-year-old man was told he was free, he fumbled with a newfangled cellphone to call his relatives.

"I never give up,'' he said of his struggle behind bars, just minutes after his conviction was vacated. "When you're innocent, you keep your hope.''

Judge David Lowy told Angel Echavarria he was free after that he was a preponderance of new evidence, some dug up by students of a Boston-area college, suggests he did not commit the 1994 murder of a drug dealer, Daniel Rodriguez. Two masked men shot Rodriguez in his own apartment during a robbery. One of the shooters was said to be Echavarria, who at the time was involved in the drug trade.

Echavarria, in an elevator heading downstairs with reporters, said prison was “a terrible, terrible thing.” Outside the courthouse — minus the shackles and handcuffs — he moved warily toward a bank of microphones to express in Spanish-accented English what it means to be free.

Standing besides Echavarria was his daughter, Ishannis Lopez of New York, who met her father for the first time last year. She is 22 and saw her father as Echavarria began his 21st year behind bars.

“I just want to say that I’m grateful for everyone that took their time to help my father. The time is perfect.”

Echavarria, seeming to be suspended somewhere between tears and a smile, said, “That’s my youngest daughter. My baby girl. She be there for me all the time.” 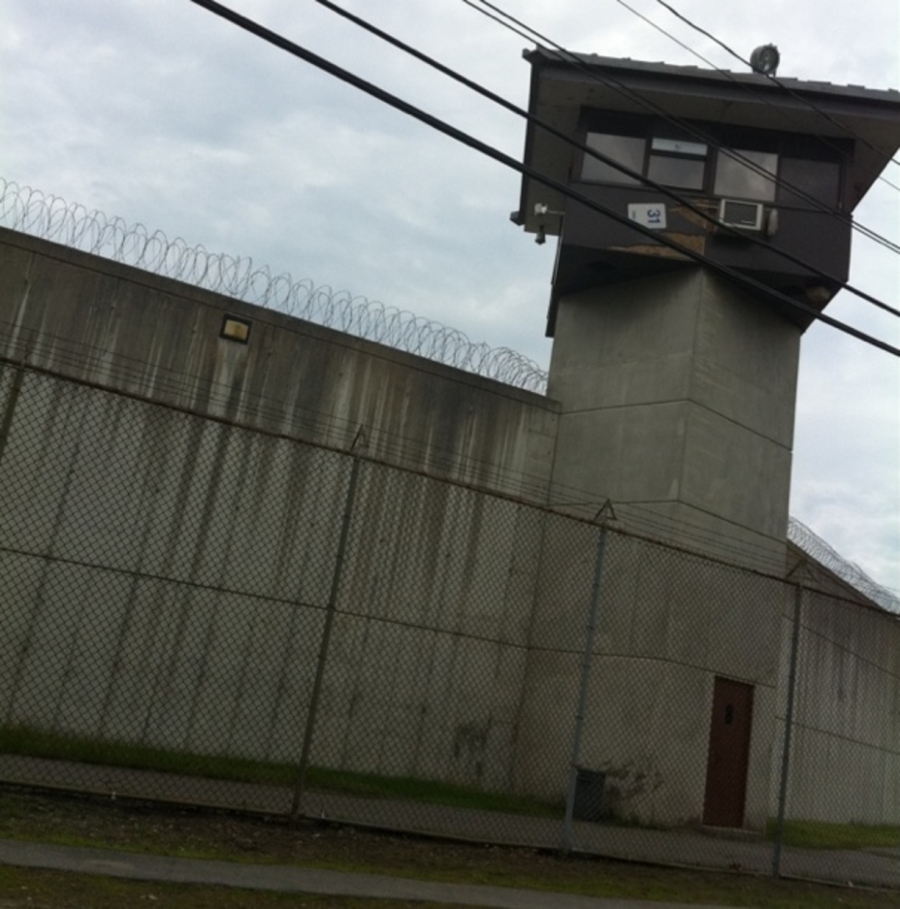 While he sat in prison, Echavarria’s five children became adults. His mom died and the world changed all around him. But he never wavered in his belief that he would one day be free.

Among those Echavarria thanked: reporters at students from the Schuster Center for Investigative Journalism at Brandeis University. For the better part of a decade, they had probed Echavarria's case.

“To most of us who read all of the data. All of the trial transcripts, all of the records, it was a questionable conviction.”

A key discrepancy in the case involved the principal eyewitness—Isidoro Rodriquez, the brother of the victim—who described one of the shooters as a 20-year-old clean-shaven Puerto Rican male with a stocky build.

“It was clear just from reading the records that Angel did not match the description that was given by this eyewitness the night of the murder. In fact he said the murderers were Puerto Rican and Angel is Dominican,'' said Florence Graves, the founding director of the Brandeis center.

There was an expert in language and accents that was part of the evidentiary hearing for the new trial. "The expert said that anyone who’s Dominican or Puerto Rican knows the difference. It’s obvious if someone is either Puerto Rican or Dominican after hearing them talk for a while,“ Graves said.

She was assisted by a group of Brandeis undergraduates including David Altman, a senior. Altman called the judicial move amazing and surreal.

Prosecutors have until May 30 to appeal the decision to vacate the conviction and to free Echavarria. A spokesperson for the Essex County DA’s office said they are considering their options.

Meanwhile, not only new technology will be a challenge for Echavarria. So will living expenses. Under the circumstances in which Echavarria was released, the state is not obliged to pay a dime for 21 years cut out of his life.

Lindsay Markel, a lawyer and former Schuster Center investigator, has set up a fund for Echavarria so he could get housing and basic necessities.

Asked what he would do now, Echavvarria said: “I’m going to eat some food. I like lobster and shrimp.”

Echavvarria and his family then piled into a waiting SUV and headed toward a restaurant.