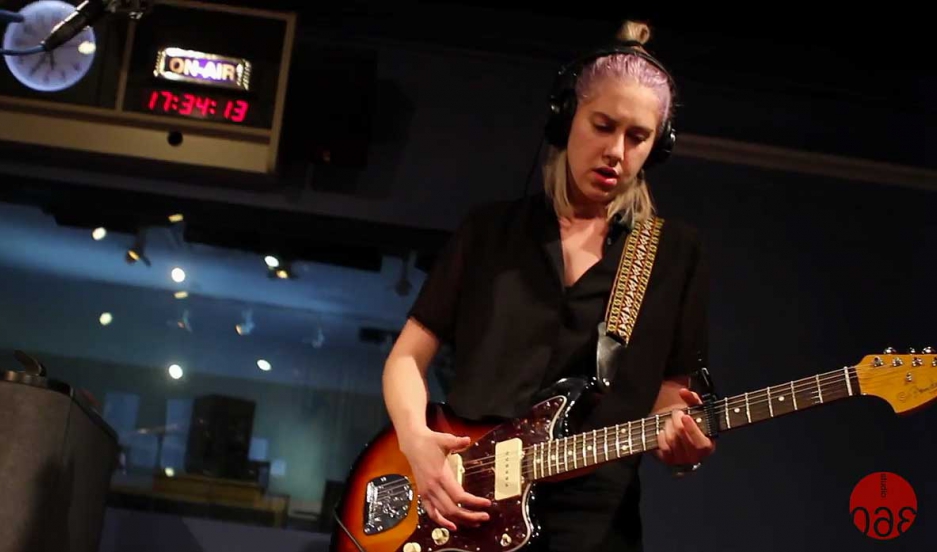 Mackenzie Scott, aka Torres, has a new record, “The Sprinter,” that transmutes her southern past and the existential confusions of her present.

If you believe the music blog hype, 2015 is going to be a big year for up-and-coming female musicians who are exploding the stereotype of the confessional singer-songwriter. And none has more buzz than 24-year-old Mackenzie Scott, who performs as TORRES.

Her new record, Sprinter, brings together her southern past and her current existential confusion. The result is a lot more rocking than what you might expect from a typical super-sensitive singer/songwriter.

Scott was raised Baptist in Macon, Georgia, and went to college in Nashville, where she released her first album in 2013. And even though she sang in a church choir, she says, “I grew up thinking I could not sing. I didn't even think I could sing until I was, you know, 16 or 17.” That's when her parents gave her a guitar and she started writing songs.

As a teen in Macon, hers was a steady diet of show tunes and pop music.

“I think I listened to The Phantom of the Opera exclusively for about two years,” she confesses. “I’m a Britney Spears fan, and Backstreet Boys, and all of that,” she says. “Those are some of the best melodies ever written.”

It wasn’t until she went to college in 2009 that she discovered rock and roll. “Apparently I missed it,” she says.

Although she no longer considers herself Baptist nor goes to church, Scott says, “I am a Christ follower.” Questions about religion and her upbringing permeate Sprinter — as do questions of identity, heartache, and family. Even if the sound is gritty and rocking, the material is all incredibly personal.

The new album ends with a track about being adopted. It’s a theme she visited on her last album, as well. “It's something that I didn't really think about much as a child. I didn't have a lot of questions at all. Now I do,” she says.

“I still don't necessarily feel comfortable talking about it with loved ones in my life. So, it's making its way into the songwriting,” she explains. “It’s really backwards, but it makes sense for me.”

She recently moved to Brooklyn, fulfilling a decade-long dream. “My parents brought me to visit when I was 14 and I pretty much had it in my head after that that I was going to live here." Yet Scott traveled across the Atlantic, to the English countryside, to make her latest record.

Scott has a simple reason for why she performs as TORRES. It's her maternal grandfather’s surname.

“Taking on the Torres name from the maternal side of my family gave me an opportunity to be Mackenzie Scott and Torres. It allowed me to carry on both sides of the family name,” she explains.

This story is based on an interview from PRI's Studio 360 podcast with Kurt Anderson.