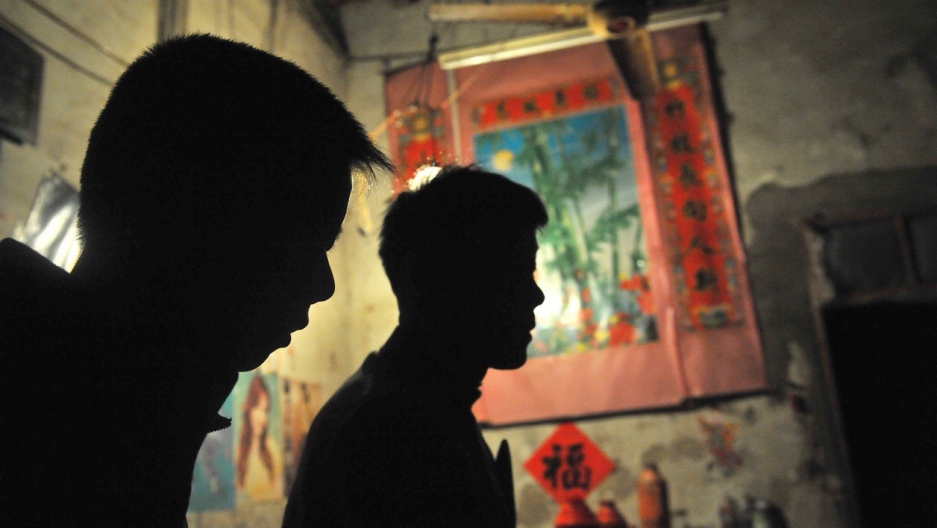 Desperate Chinese are turning to public suicide as a means to get the attention of the central government.
Share

BEIJING, China — The location was chosen for maximum impact: a downtown boulevard, famous for Beijing’s swankiest shops and its plushest hotels. Studded with these symbols of Western capitalist chic, Wangfujing Shopping Street could hardly be further from the more desperate concerns of rural China.

It was here that a group of about 30 men gathered on a warm spring morning and, in front of hundreds of shoppers, swallowed a quantity of pesticide. They fell to the ground en masse and, according to several eyewitnesses, foamed at the mouth.

As the men were rushed to hospital, startled crowds spread the news on social media, while the scene quickly returned to normal. Police issued a statement later that day that none had died; local reports explained they were taxi drivers from the northeast, who’d traveled to the capital to stage the protest. And there the official narrative ended.

But the fate of the men, and the extreme means of airing their grievance, reflects a tactic of last resort that’s far from uncommon. For some in China, suicide is the ultimate form of protest.

In Tibet, a cycle of clampdowns and radicalization, which began with a widespread uprising that embarrassed the government in 2008, has led to nearly 140 self-immolations in the last six years. These acts are prompted by fury at the repressive tactics of Chinese officials, according to Tibetan exile groups. The government says such acts are examples of “the Dalai Lama clique” exploiting vulnerable youths, blaming “forces abroad” that are “all aimed at separating Tibet from China.” Among the most recent was Yeshi Khando, a nun in her 40s, who set herself ablaze near a monastery in Sichuan province in early April. She is reported to have died. The fate of those who survive such protests is thought to be equally grim.

On the surface, Tibetan monks and disgruntled cabbies may not have much in common. Yet both groups were driven to abandon rational means, inflicting agonizing acts of self-harm to bring attention to their cause. The anthropologist Margery Wolf once observed of suicidal women in Mao’s era that, “In the West, we ask of suicide, ‘Why?’ In China, the question is more commonly ‘Who?’” Tibetans-in-exile take part in a candlelight vigil following the self-immolation attempt by a monk to protest against Chinese rule in Tibet on Feb. 13, 2013.

Chinese suicide is often associated with an external antagonist — a tyrannical husband, a cruel boss — rather than personal issues (mental health, substance abuse). There is also a romantic tradition, from the doomed legend of Liang Shanbo and Zhu Yingtai, to the honorable official and poet Qu Yuan, whose suicide by drowning is memorialized with each spring’s Dragon Boat Festival as a symbolic protest against the era’s corrupt rulers.

There’s always a narrow margin for overt sympathy in an authoritarian state — treat one group of taxi drivers sympathetically, and a hundred more might seek concessions of their own. Despite the outcry over a group of feminists detained for planning to distribute anti-harassment stickers on public buses, the gap between self-expression and dissent is growing ever closer in Xi Jinping’s China.

This doesn’t leave either side with much room to maneuver. Without an impartial judicial system, critics are backed into familiar corners, faced with the same obstacles: official indifference, inadequate legal protection, a lack of proper representation and the stifling of protest.

“When the pre-existing grievance mechanisms fail to work, some aggrieved laborers may take direct actions to protest against injustice,” said Dr. Jenny Chan, an expert on Chinese labor studies at the University of Oxford. “But suicide shouldn’t be used as a desperate means of resistance.”

The taxi drivers came from Suifenhe, a county-level city in Heilongjiang province near the Russian border. Four years ago, a new law stipulated that local drivers must be affiliated with a state-owned management company; those who left the business would be compensated (at least, according to law) but freelance drivers were prohibited. These operators typically charge large “management fees,” and with fuel costs, punitive contracts and punishing hours, many drivers struggle in a region that’s become well-known for its high unemployment.

There’s little they can do about it. While trade unions in China do exist, they are run mostly as window-dressing by Party-affiliated leaders. They might organize events or educate members on government policy, but unions don’t provide a forum for collective bargaining or for defending workers’ rights. In some cities, drivers have chosen to strike anyway. It’s one of the few options certain to command some respect from the authorities. But it’s a risky move. Local officials, judged on their record of stability, may not easily forget those who publicly embarrass them.

The alternative is the petitioning system, an age-old imperial idea that persists today. Centuries ago, the aggrieved would bring attention to acts of local injustice by taking direct action: blocking roads, kneeling in front of government offices or loudly gonging so that visiting mandarins might take notice. Failing that, they could take their case to the capital, filing their complaint with the “Letters and Petitions” bureau in Beijing.

Despite a dogged belief in the archaic system, it’s not very efficient. According to a 2004 survey of 10 million pleas registered annually by the China Petition Office, only one in every 500 were “resolved.”

While there have been several suicide bids this year in provincial cities — in Wuhan recent victims of a scam drank pesticide. And in Jinan, 10 protesters attempted to jump from a mall rooftop — those who have pursued complaints for months or years without result often choose Beijing to make their last stand, rather than their home provinces, which are further from public view. “Suicide is intensely personal,” Dr. Chan said. “And it is social.”

In August 2013, a group of 21, also from Heilongjiang, attempted mass suicide near the Beijing West rail station, after a railway company failed to provide their children with the public-service jobs they were promised. Four months later, 13 homeowners attempted the same over a failure to be compensated for demolitions. In two incidents in July last year, five petitioners drank poison in a police station, and five men and two women from Jiangsu, did the same outside the offices of the China Youth Daily newspaper. They were dissatisfied with the terms of their eviction. (Pesticides are the most common method of suicide in the country due to both their ubiquity and the unlikelihood of emergency treatment. For comparison: In the United States, more than 50 percent of suicides are by firearm.)

Sometimes, even members of the security apparatus charged with preventing these incidents can end up on the receiving end. Six former Heilongjiang police officers protested their unemployment by attempting suicide outside the leadership compound of Zhongnanhai in December. Theirs was a particularly sensitive location: locales around Tiananmen Square are heavily policed, and officers are equipped with fire extinguishers to deal with self-immolators. “I have chronic leukemia,” one of the group told Radio Free Asia. “There is no way out except to die fighting.”

Such despair is not limited to those who are persecuted directly — it can be found among those ostensibly living their own promise of the Chinese Dream, a recent political catchphrase conjuring national rejuvenation amid a lifestyle of “moderate prosperity,” that aspires to encapsulate the hopes of young Chinese. Pursuing this, many begin work in low-wage, low-status factory jobs in faraway cities, then find themselves unable to progress. Participants dressed up to represent Foxconn workers take part in a protest against Taiwanese technology giant Foxconn, which manufactures Apple products in mainland China, outside an Apple retail outlet in Hong Kong on May 7, 2011.

Their plight was brought into worldwide focus after the 2010 “Foxconn suicides,” in which 18 employees attempted to kill themselves (14 successfully) in a single year. The tragedy exposed the fate of those who’d left the farm behind to “hurry toward your finest dreams, pursue a magnificent life,” as the Foxconn company’s handbook breathlessly puts it.

A detailed 2010 Asia-Pacific Journal survey by Dr. Chan and Dr. Pun Ngai about the Foxconn fatalities studied the militaristic working culture of the tech company’s vast Shenzhen production lines and concluded that, despite their educations, many migrants found the dramatic shortfall between expectations and reality simply overwhelming. “The vulnerable workers are subjected to unbearable stress and intolerable pain at times of crises,” said Dr. Chan, who compares the pressure to “a form of ‘murder.’”

As poorer from the countryside, factory workers are already outsiders, without urban-registration privileges, family or free time. But with the realization that their Chinese Dream would be impossible to realize, “Their only option was a very human one,” labor scholar Russell Leong told the survey: “To throw away or destroy their own bodies as a gesture of frustration – and of defiance.”

It is the potency of this “gesture” that unites these disenfranchised — be they monks, taxi drivers, farmers or factory workers — in their last act of empowerment. “For we who are called migrant workers,” wrote one dispirited Foxconn worker. “Our use of death is simply to testify that we were ever alive at all.”