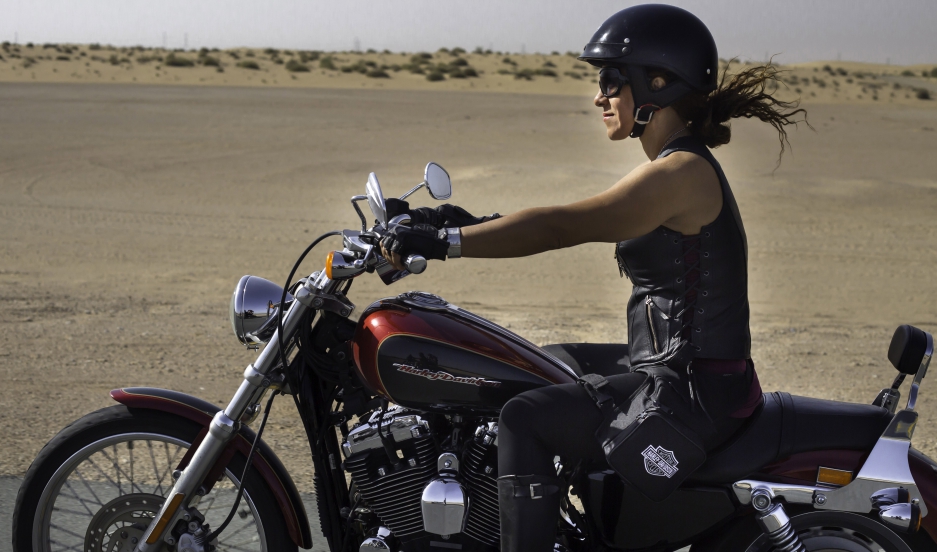 A female rider on International Female Ride Day in Dubai.

That's how Dana Adam describes her experience riding a motorcycle — a Harley-Davidson, no less — across the expansive highways of Dubai.

Dana Adam isn't her real name; she's using a pseudonym because she's from a powerful, conservative family in Yemen, where riding a motorcycle was just a dream. "It's not acceptable in Yemen," she says. "No lady rides on a bike. My family never let me do it." 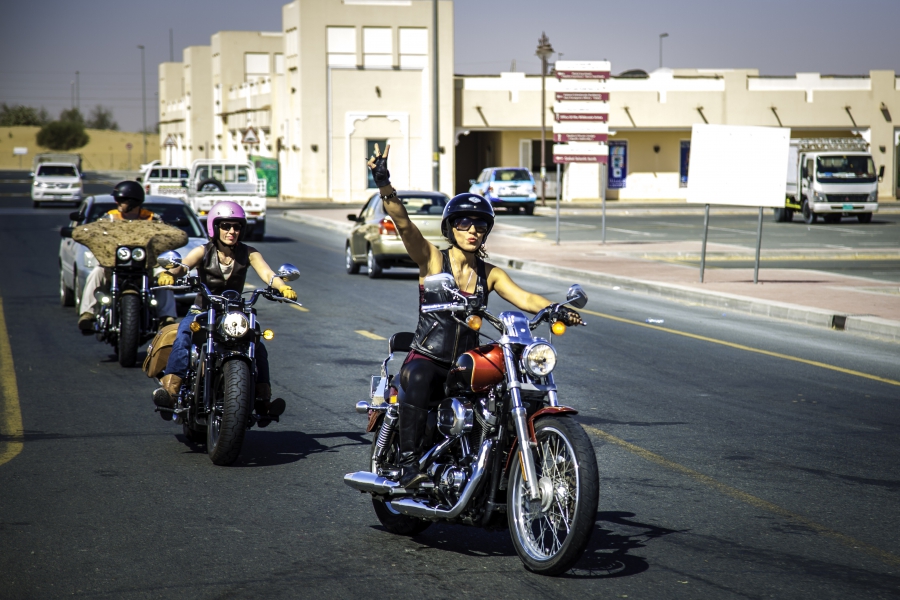 Hitting the road again after a quick pit stop for karak chai.

But in Dubai, Dana is following her dream — and she's not the only one. There's a whole group of female riders in Dubai, and reporter Amanda Fisher decided to spend some time with them. "I realized how many strong women there are here that defy the cliché archetype of the oppressed Arab woman," Fisher says.

She tells the story of another rider, Shima Mehri, an Iranian woman who had wanted to ride a motorcycle since she was a little girl. Women in Iran are allowed to drive, but it's illegal for them to ride motorcycles in public.

Mehri and her husband moved to Dubai when she was 29, and that's when she finally got her motorcycle licence. "As soon as I reached Dubai, I said 'OK, this is the time,'" she told Fisher.

But things didn't go smoothly when Mehri told her mother about her decision. She was disappointed, and worried about the reaction Mehri's riding would stir up in the family. 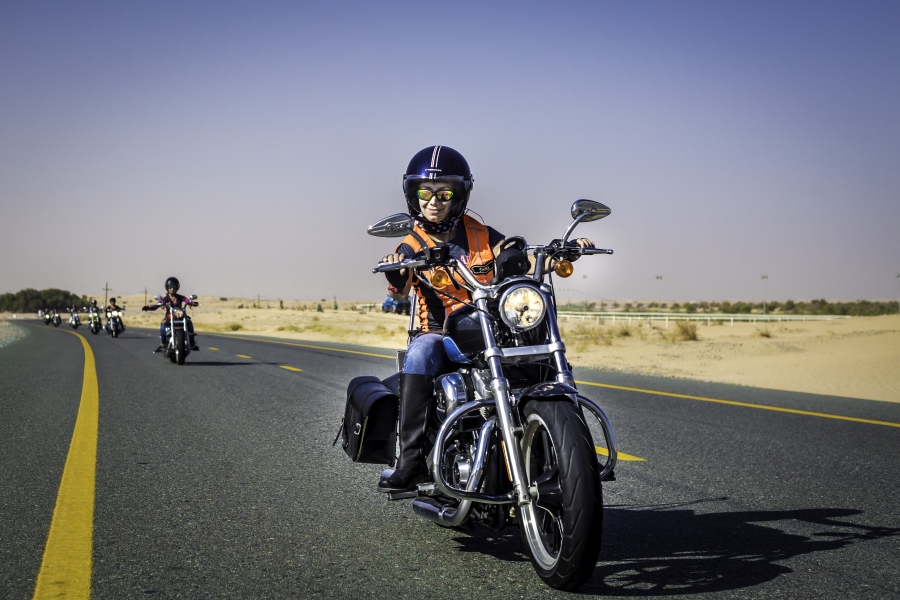 But not only did Mehri's mother come around, she confessed to her daughter that she, too, once rode on motorbikes. "[Mehri] got a message from her mother with a photo, and in the photo was her mom at age 18, also on a motorcycle," Fisher says.

Fisher says the Harley-Davidson chapter in Dubai is a closely-knit community. The riders go out in mixed groups for safety, but also because riding together is fun. 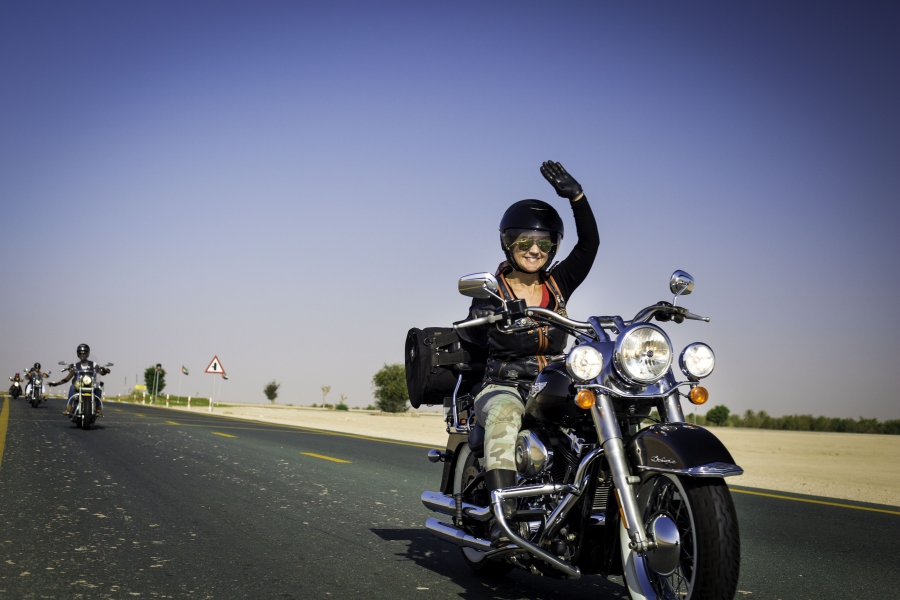 "The Harley gang is kind of like their extended family," she says.

It's also because many members are expatriates living in Dubai. "It's such a melting pot," Fisher says of the group. "There are Russians, Polish, Germans, Moroccans, Lebanese." 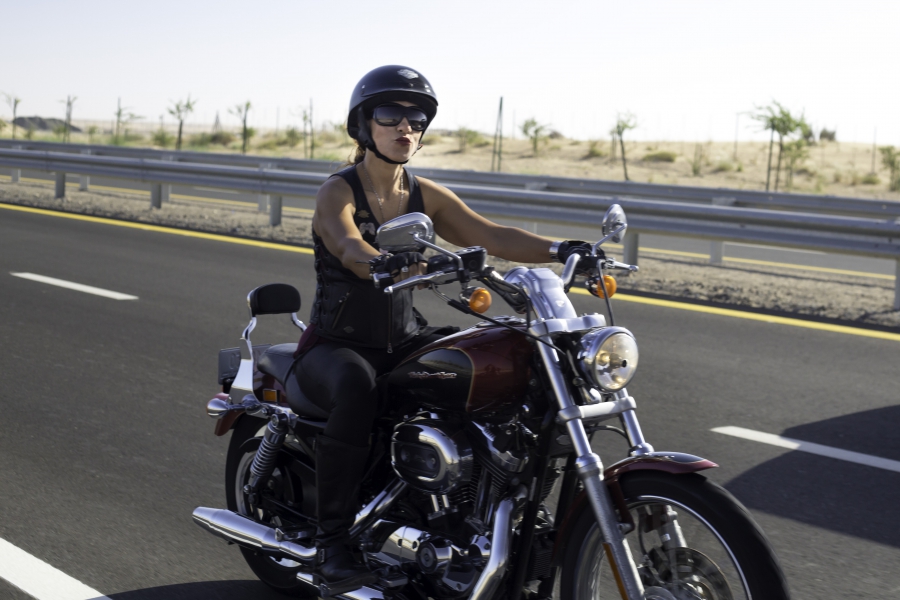 A Dubai Ladies of Harley rider on the road during International Female Ride Day.

As for the scorching heat, Fisher says the riders go out earlier in the morning as the summer gets closer and closer. But they also found a novel way to get around the heat: ice jackets.

The jackets that have a lining into which riders can slip ice, which keeps them cool for a couple of hours.

"It would take a lot to keep these women off the road," Fisher says.