The US National Museum of Wildlife Art

Every week, PRI's The World produces a collection of stories grouped around a theme that we call Boston Calling. We thought we'd share this week's program (below) on art and identity. Scroll through and sample the individual stories. And enjoy your weekend. 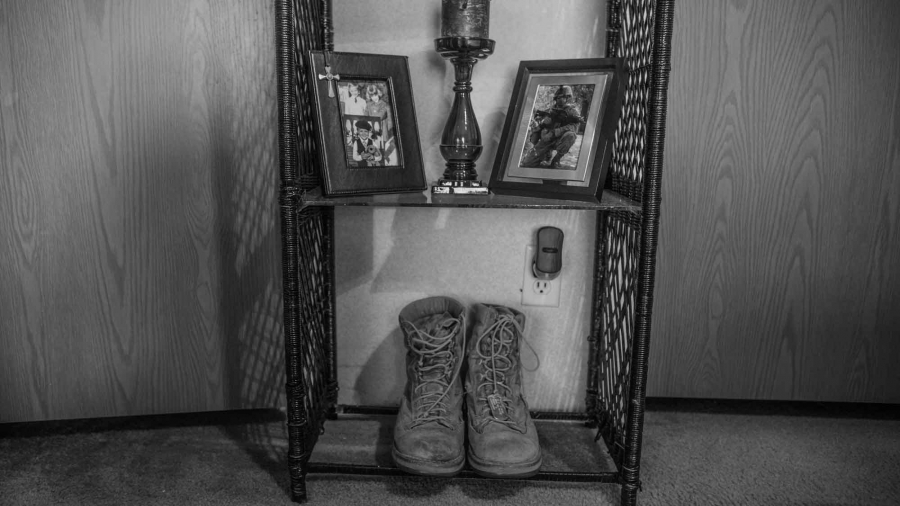 Brandon Ladner. Pelham, Alabama. Ladner's Marine Corps boots sit on a small shelf in his bedroom. Ladner was a US Marine Corps veteran who fought in Afghanistan's Helmand Province. He shot himself inside his living room. The bullet remains lodged in the ceiling of the home where his mother Renee now lives.

1. The things they carried: War photographer marks last steps of vets at home

Longtime war photographer David Guttenfelder's haunting images are part of Mission 22, an advocacy campaign to raise awareness about the alarming suicide rate among vets. His latest project commemorates returning veterans by showing where those who killed themselves spent their lives. 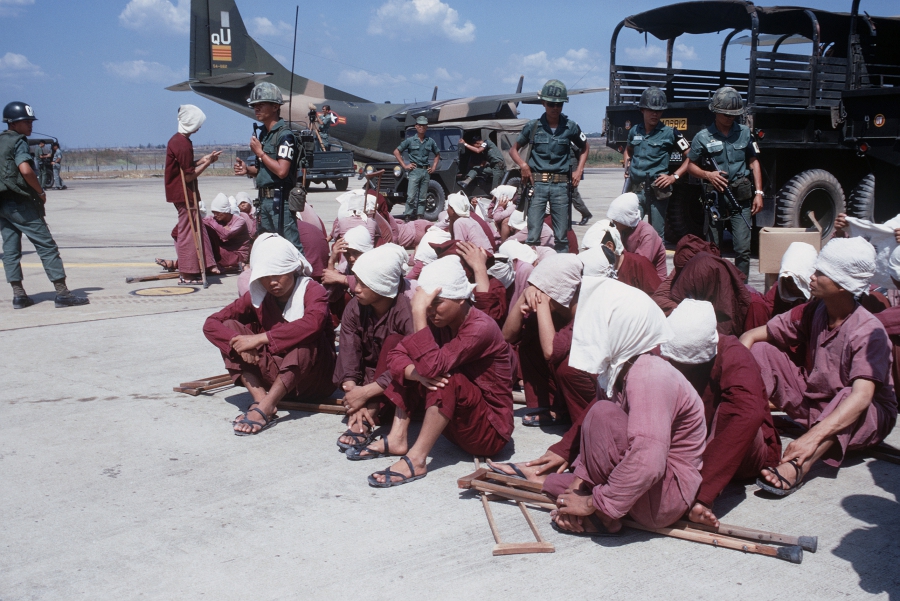 Viet Cong prisoners sit on a tarmac in Vietnam in 1973, under watch by South Vietnamese military police.

2. Looking at the Vietnam War’s aftermath through the eyes of a communist spy

Viet Thanh Nguyen’s new spy thriller is getting acclaim for bringing a fresh eye to the Vietnam War, refugee life in the US and the conflicting political beliefs of Vietnamese who found their way to the United States after Saigon fell. 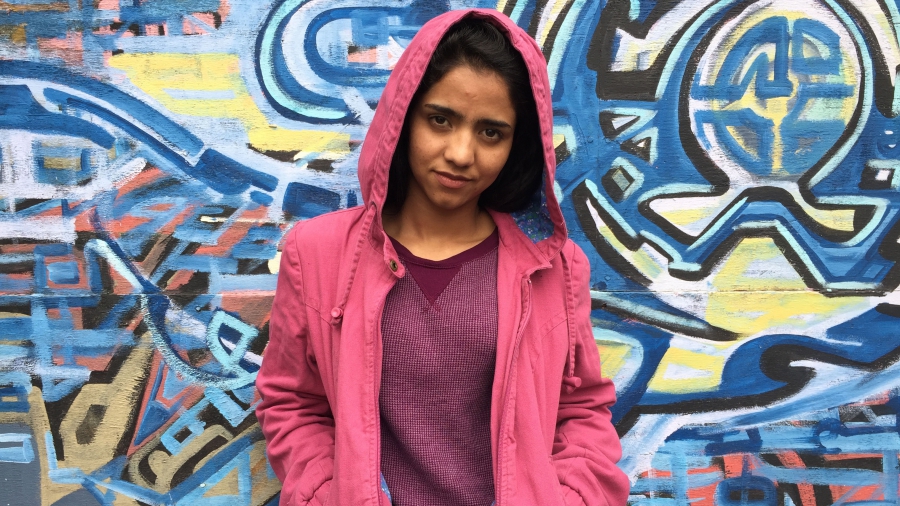 Afghan rapper Sonita Alizadeh narrowly escaped a forced marriage at 16 by writing the song "Brides for Sale." She recently visited West Oakland, California, and was surprised that the US, like Iran and Afghanistan, has poor neighborhoods and homeless people.

3. Afghan rapper escaped teen marriage by singing about it

A young girl from Afghanistan escaped being forced into marrying a man when she was 14 years old — by writing a rap song about it. The young rapper is now living and going to school in the US, and she’s still making music about social justice in Afghanistan. 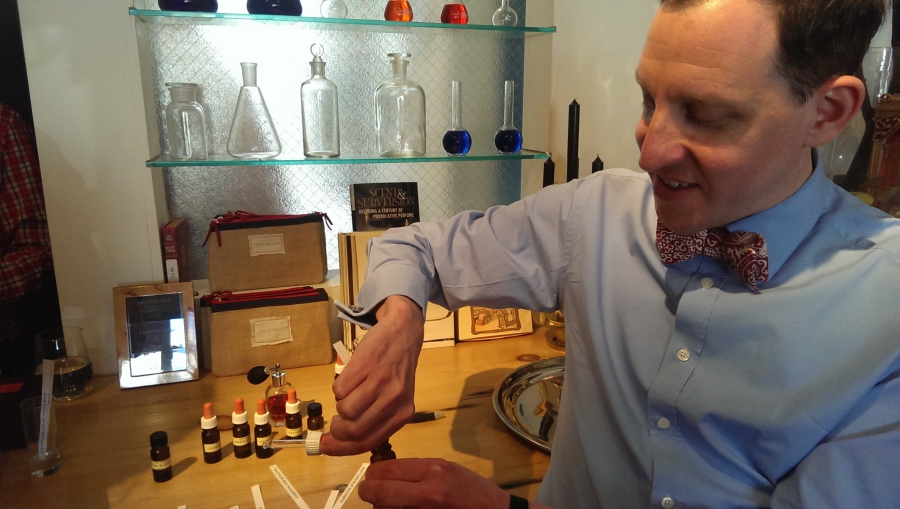 Hiram Green shows off some of the raw essences that go into his perfumes. He's at Twisted Lily, a fragrance boutique in Brooklyn.

4. Independent perfumers are making a big splash in the fragrance world

Cheese buyers aren't the only ones who want small-batch artisanal products these days: The perfume world is just as hungry for small shops that crank out their own unique scents. But getting into the game requires a lot of self-education and patience. 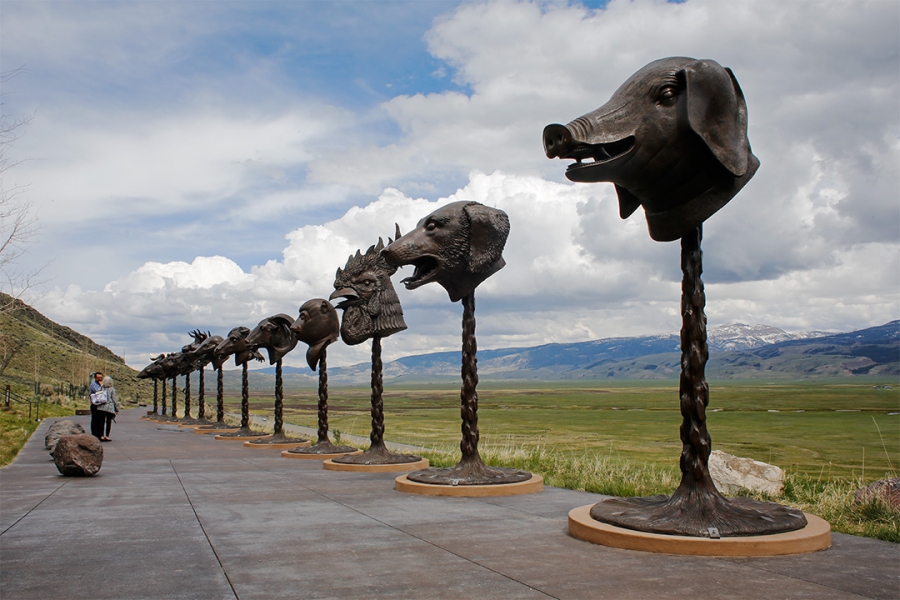 Ai Weiwei's Zodiac heads stand ten feet tall and weigh around 800 pounds. They are cast in bronze and are displayed outside at the National Museum of Wildlife Art in Jackson, Wyoming.

5. Ai Weiwei can't travel, but his Zodiac Heads exhibit has found a home in Wyoming

The Chinese government bans artist Ai Weiwei from traveling abroad — but that hasn't stopped his art from reaching a global audience.

6. Iranian-American musician Azam Ali tells us more about her tribute to a female Sufi mystic

The Montreal-based group Niyaz celebrates the 8th century-born Rabia Al Basri on its new album, The Fourth Light. Al Basri was the first female Sufi mystic and is credited with creating the concept of divine love in modern Sufism.