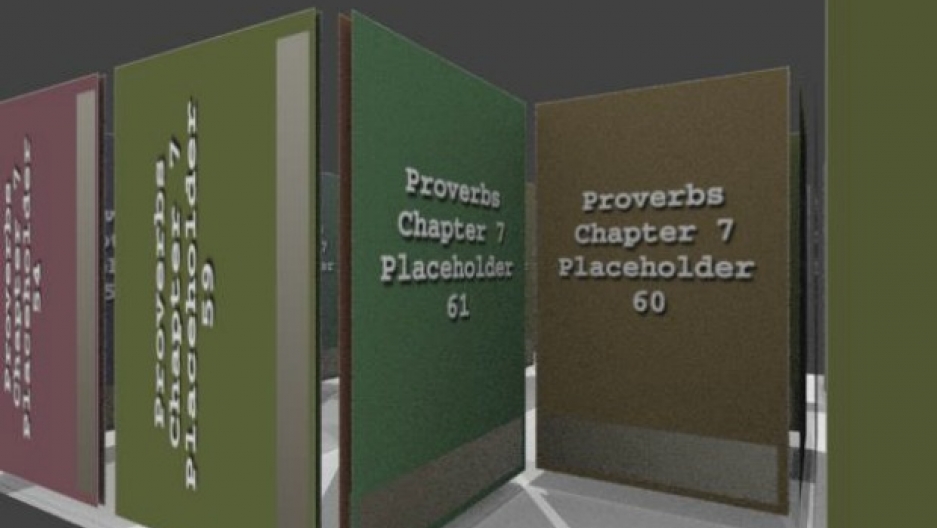 At the end of last year, we asked for your creative resolutions for 2015. We've created a Facebook group for all our listeners to track their progress through the year, and we are also following four people on our show, including acalligrapherin Washington State, areggae DJin Ohio, and an aspiring director and screenwriterin New York.

Special-effects designer Garman Herigstad rediscovered his passion for calligraphy and decided to hand-letter the entire Book of Proverbs by the end of the year. When we checked in with him this week, Garman was happy to report that he had completed "about twenty percent of the book" so far.

Garman is now lettering Proverbs Six and Seven, which expound on adultery, revenge, and recklessness. "This is one of the rare parts of the Proverbs where the chapter, in a way, actually tells an entire story in poetic form," Garman explains. The narrative nature of these verses inspired Garman to infuse the text with illustrations and even expand his calligraphy from 2-D to 3-D. Reading the line "I looked out through my lattice" of chapter seven, verse seven, Garman realized that he "could take one of my calligraphy pieces and etch a lattice hole in it and cut it out so I could look through that to see another one." He's even working on a plan for a maze that would draw viewers through the story as they view his calligraphy.

Garman confesses that he's got his work cut out for him, so to speak. But he draws inspiration from his former colleagues in the digital effects business who would set an arbitrary deadline for a behemoth project but who were "brave enough to go through and finish it."

Video: Watch Garman's model of how he wants to construct a maze of calligraphy panels