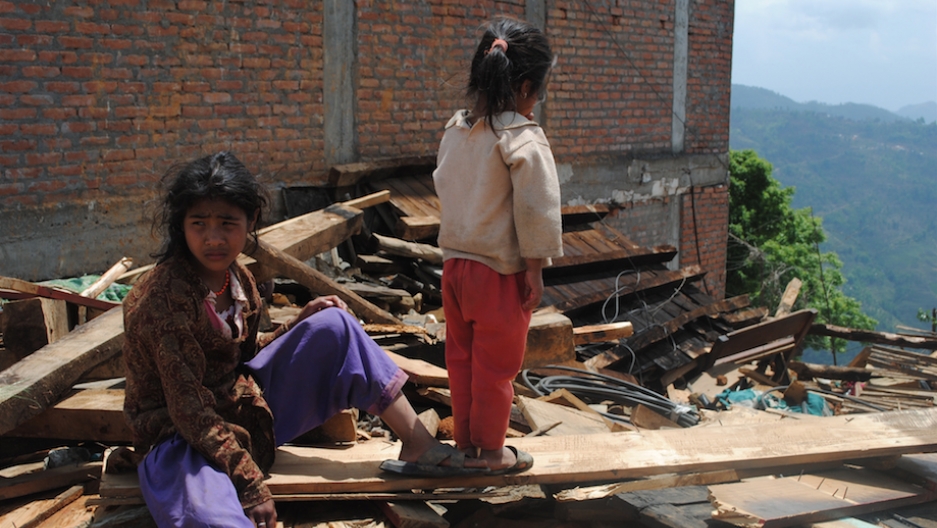 Two girls in the Nepali village of Melchour.

Nepal is a desperately poor country. Even before the earthquake, a lot of Nepalis were out of the country making a living somewhere else.

Most of those Nepalis — who usually send money back home — are men. And that means many women in Nepal have had to deal with the disaster on their own. Journalist Purvi Thacker happened to be in Nepal last month when the earthquake hit.

After the quake, Thacker met Priya Lama, who was providing aid on the ground while dealing with her own destroyed home and life.

“She actually had saved [her] mom,” says Thacker. "Their house crumbled in. They were in one of these old mud houses ... she went to rescue her mother who is very old and, in the process, she’d fractured her leg. Her mother escaped with just minor cuts and lacerations.”

Thacker reported for The New York Times on the challenges women were facing — everything from getting access to water and having sanitary napkins.

“[Lama] was on her period and she didn’t have any clean water to clean the cloth that she was using.” 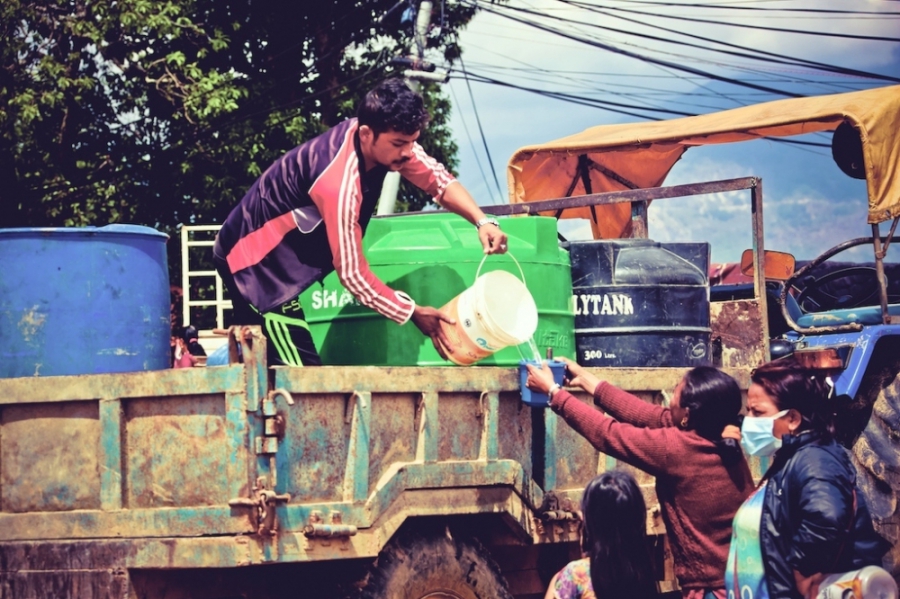 Thacker says, in a lot of cases, the women are also raising children. 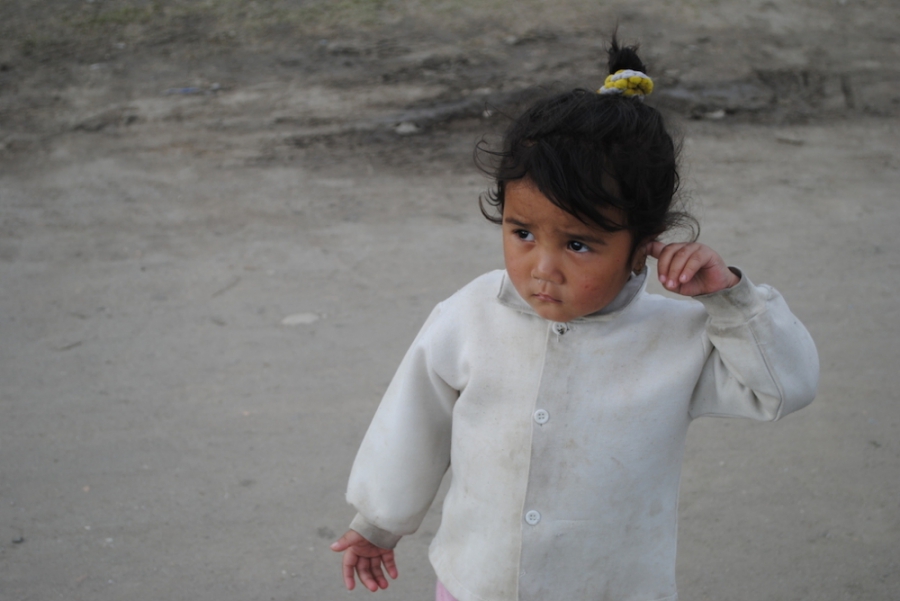 It's been reported that one of the big post-disaster problems — specifically in this part of the world — is the sex-trafficking industry preying on vulnerable women.

“There are a lot of NGOs that have expressed concern that this would lead to trafficking because, on the India/Nepal border, there has been a lot of police deployed to make sure people aren’t taking advantage of kids and women in this situation,” Thacker says. 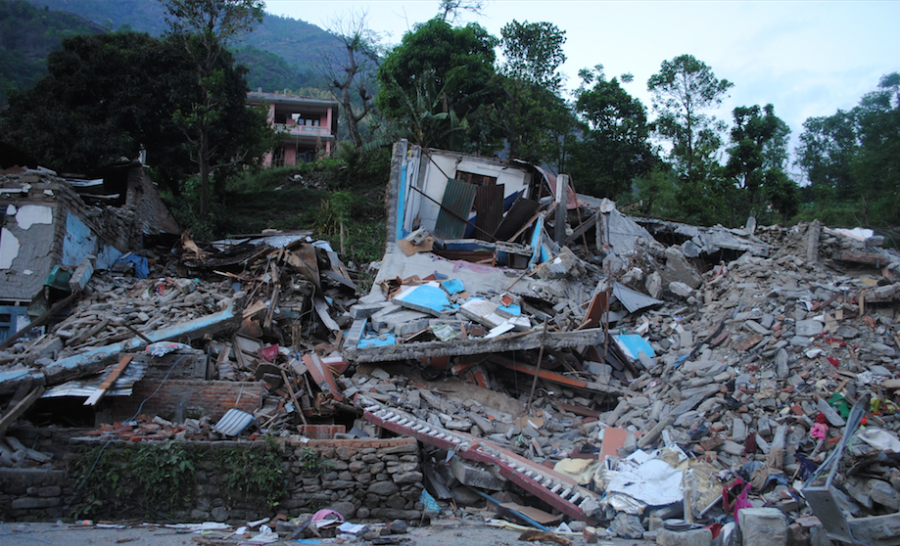 Many Nepali men have travelled home to help out their families.

“I met groups of guys [at the airport] who were working in the service industry and in the hospitality industry in Saudi Arabia. They just took two months off, gathered whatever money they could from their savings and they were coming back home to figure out what was needed.”

Support for Purvi Thacker's reporting in Nepal comes from the International Reporting Project.