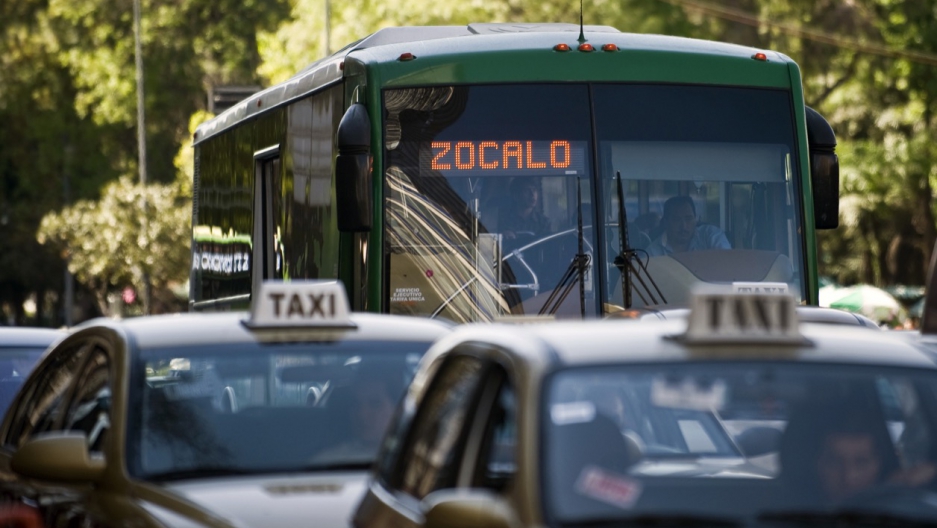 Taxis and a bus ride along the streets of Mexico City.
Credit: Omar Torres
Share

Catching a cab in the street here is often the equivalent of dicing with death. That’s partly because of driving standards that are through the floor and lax regulation of taxis.

But it’s also because taxis in Latin America — statistically the world’s most homicidal region — are frequently used by violent criminals to kidnap and rob unsuspecting passengers.

Mexico City is perhaps the world capital of this kind of crime, and no self-respecting guidebook fails to warn of the danger. Passengers are taken at gunpoint on a forced ATM tour (this has happened to more than one friend of mine). Often, they are held captive past midnight so they can be forced to withdraw a second day’s worth of cash.

Uber and other taxi apps, such as Cabify, all but eliminate that danger by keeping a record of which drivers picked up which passengers.

And Latin American customers seem to appreciate the difference. Uber has made rapid progress in the region, and now operates in 11 cities in Brazil, Chile, Colombia, Mexico, Panama and Peru.

Yet despite their grim reputation, Mexico City cab drivers have been howling in protest at Uber’s incursion into their megalopolis. They launched this lawsuit against the app complaining that it’s pirating away customers and violating fare rules.

That case is still ongoing. So is another one in Sao Paulo, Brazil, the only Latin American metropolis larger than Mexico City.

This week a Sao Paulo appeal court overturned an eye-watering ruling against Uber. The ruling had ordered the car service company to stop operations immediately, or face a $34,000 daily fine. It had also obligated Apple, Samsung, Microsoft and Google to stop offering the Uber app. The Sao Paulo taxi workers union is looking at ways to appeal. Rio de Janeiro taxi drivers and their supporters staged a small rally and partial road blockage a day before the start of the World Cup last June in protest against Uber.

These battles are part of a growing backlash, from Europe to India, against Uber for allegedly competing unfairly with street cabs.

Uber media teams in Mexico City and Sao Paulo did not respond to GlobalPost’s requests for comment.