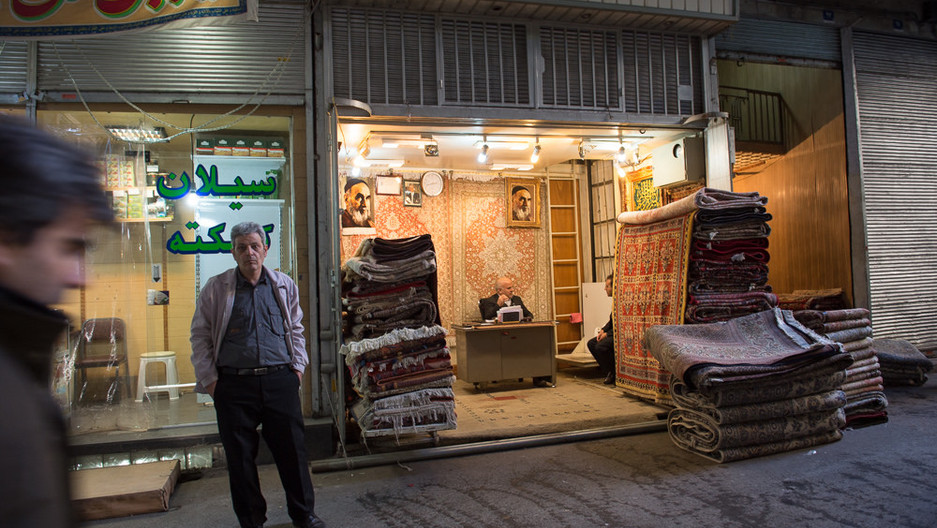 An Iranian man stands outside a carpet shop.

If you're looking to invest in a foreign country with untapped potential, how about Iran?

If a nuclear deal is finalized with Iran, there could be an easing of economic sanctions — and that has Dick Simon pondering the possibilities. Simon, the chief executive of Boston-based real estate company RSI, Inc., has organized trips for CEOs and businessmen to Iran. They last visited the country last month.

"There’s been, over the years, interest in trying to have a better more nuanced understanding of a very important geopolitical player that we tend to know very little about," he says. "This trip was particularly interesting to people because of what’s gone on in terms of nuclear agreements and the possible dropping of sanctions."

With its young, tech-saavy population — more than 30 percent of Iran's population is between 20 and 35 — Simon says Iran presents major business opportunities, "everything from fashion to tremendous growth in the information and communication technologies all the way through to cars and ultimately other services and products that serve that market."

At the same time, Simon admits doing business in and with Iran will have its challenges. "I would not call it a clear path. There are going to be multiple bumps on that road," he says. Transparency and corruption are two major problems companies will face.

Yet Simon is still hopeful and optimistic. If your idea of Iran is what you've seen in shows like “Homeland,” he says there is a completely different experience of the country. And if the nuclear deal goes through and sanctions are eventually lifted, investors will profit.

"There are tremendous gaps and holes that Americans and others will be rushing in to fill," he says.