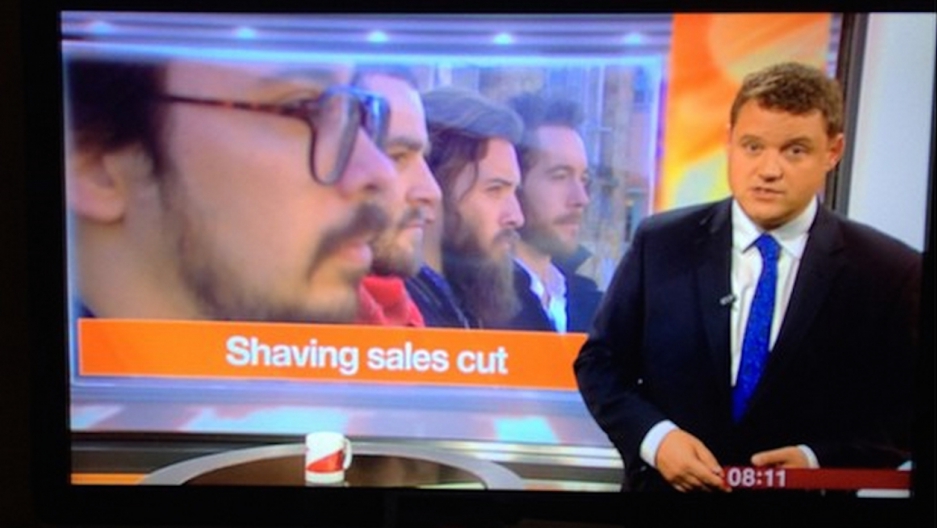 This is what was on the air the last time a major vote happened.
Credit: Corinne Purtill
Share

LONDON — Imagine a world where you could turn on the TV on election day and not be subject to an endless parade of pundits with nothing new to say. A world in which the media’s blowhard opining and meaningless speculation was forbidden by law — at least, until the polls closed.

The United Kingdom goes to the polls on Thursday in an unpredictable election. And the law forbids reporting on campaigns while citizens are casting votes, to ensure that media coverage doesn’t affect the outcome.

From 6 a.m. to 10 p.m. Thursday, the BBC and the country’s other broadcasters will refrain from mentioning the election beyond indisputable facts, like the weather or a party leader’s visit to his or her polling place.

Anyone reporting an exit poll can face up to six months in prison or a 5,000 pound ($7,620) fine. Broadcasters go further, excusing themselves from reporting on any issue affected by the election. No economy, foreign policy, or crime. Basically, everything of substance.

Take last September’s Scottish independence referendum. As the rest of the world was glued to that vote, viewers in Britain were seeing features on beards and the Ice Bucket Challenge. Thursday won’t be much different.

But when the polls close? The blackout lifts, all bets are off, and the news channels throw themselves into wall-to-wall coverage that lasts until morning.

That’s when the BBC busts out the Swingometer, a vote tallying tool as familiar to Brits as John King’s intimate relationship with CNN’s Magic Wall is to Americans.

The 60-year-old graphic has undergone many incarnations over the years as technology advances. It’s been modified yet again for Thursday’s vote to reflect the expected prominence of smaller parties in this election.

There probably won’t be one decisive moment of victory for the Labour or Conservative parties on Thursday night or Friday morning. Neither party is expected to claim an outright majority and will probably have to cobble together a coalition with other parties to form a government.

That could take days, giving Britain’s political pundits plenty of time to make up for their election day absence. Swing on, Swingometer. Swing on.