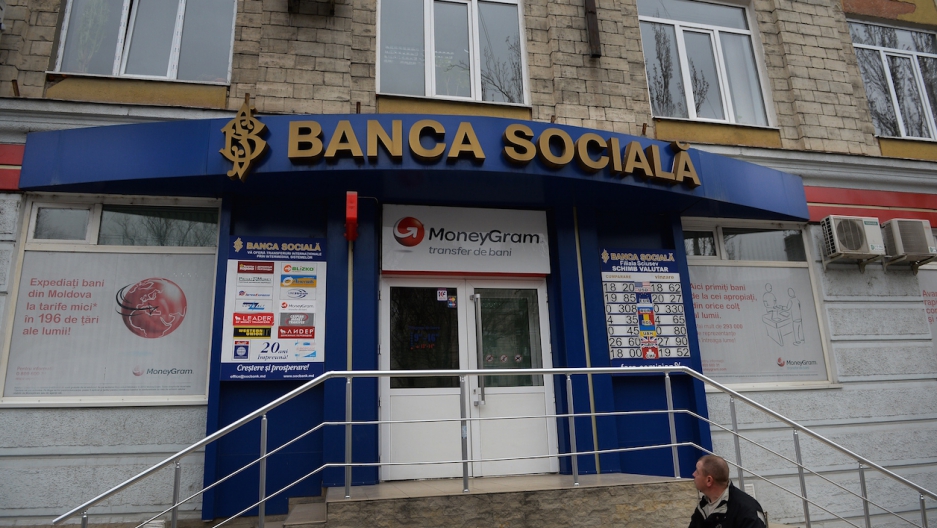 Update: Since this story first ran, Moldovan officials have placed a local businessman, Ilan Shor, under house arrest after US private auditors found he used three Moldovan banks to issue massive loans to companies under his control.

KYIV, Ukraine — When thousands filled the streets of Moldova's capital on Sunday, their complaint was pretty significant.

To put that sum into perspective, it’s an eighth of the country’s GDP. In United States terms, that portion of the economy would add up to more than $2 trillion.

The money reportedly vanished in a series of murky loans dealt out last November by three major banks — one of them state-owned — to as yet unknown recipients.

Officials wised up to the scheme only earlier this year.

More from GlobalPost: Watch the adorable thank-you video Moldovan winemakers made for their Norwegian customers

Investigators, including the US auditing firm Kroll, are looking into the matter but have released few details. The speaker of Moldova's parliament finally released a report by Kroll late Monday night that implicated a Moldovan businessman in the scheme, but recommended further investigation.

Many Moldovans are mad about all this.

They say it’s symptomatic of the widespread corruption that’s plagued their country since the collapse of the Soviet Union.

That’s also why Sunday’s protest was about more than just missing money. It drew at least 10,000 demonstrators, police said. If that sounds unimpressive, consider that there are just 3.5 million people in Moldova.

Despite the growing prominence of pro-Western politicians who pledge to pull Moldova closer to Europe, critics claim the authorities have done little to clean up corruption.

Igor Botan, a political analyst and a member of the grassroots movement that organized Sunday’s protest, believes the pro-European ruling coalition was complicit in the crime.

“Our country is a poor and agrarian country,” he told GlobalPost on Monday. “But it’s home to decent people who want their country to flourish, to be closer to European standards, and for it to find its economic niche alongside the European Union.”

Some observers are wondering whether the protests can reach critical mass, just like in neighboring Ukraine.

For now, that seems unlikely.

But Moldovans are no doubt hoping a speedy and successful investigation will return their missing cash, however far-fetched that might seem. If not, that’ll mean a hefty tab for taxpayers to cover.

Clarification: This story previously said that last weekend's protest was the largest in Moldova since 2009. In fact, there were also large demonstrations for and against European integration in 2013.

How the UK election could affect the war on drugs

This Brazilian town is crazy about the Southern Confederacy (PHOTOS)