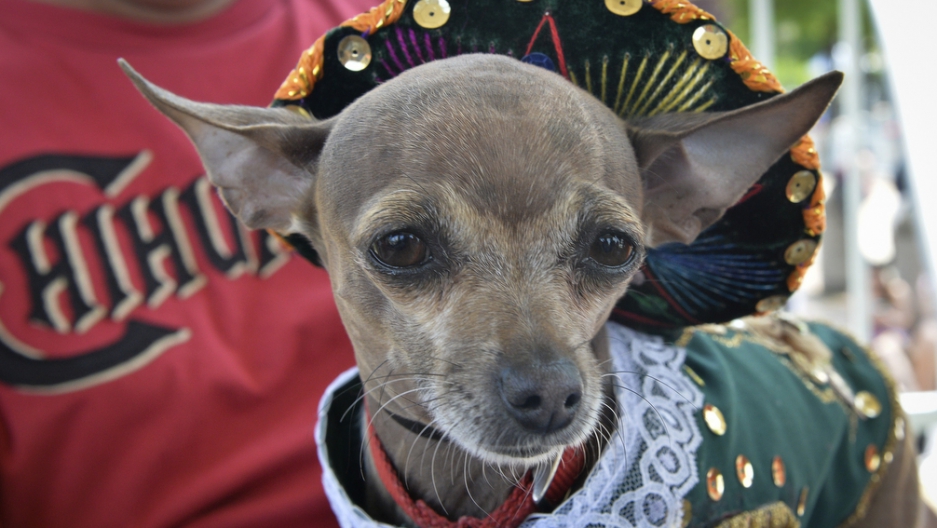 A costumed Chihuahua takes part in the fourth annual 'Running of the Chihuahuas' in Washington, DC, on May 3, 2015.
Credit: MLADEN ANTONOV
Share

GUADALAJARA, Mexico — It’s Cinco de Mayo and for most Mexicans that means they don’t have to go to work.

South of the Rio Grande, very few Mexicans celebrate their country’s victory over the invading French army on May 5, 1862.

In fact, outside the state of Puebla, where the historic battle took place, you will struggle to find street parades, Chihuahuas dressed up as mariachis and people driving around waving the Mexican flag.

For most Mexicans it's no big deal. It's nothing more than a national holiday.

So you can imagine the bewilderment felt by many Mexicans every year when people in the United States put on sombreros, stuff themselves with guacamole and get drunk on margaritas to mark a battle that has nothing to do with their country and that many mistake for Mexico's Independence Day.

That’s not to say that Mexicans aren’t proud of what their rag-tag army achieved 153 years ago.

Mexican troops kicked some serious ass against the bigger and better equipped French army who had been sent by Napoleon III to force Mexico to repay its debts. Instead, they took over the country and temporarily made it part of the French empire.

While it took a few more years for the Mexicans to kick the French out of their country, the Battle of Puebla showed Mexico had the huevos to stand up for itself and defend its sovereignty against foreign invaders.

But it was one battle in a long-fought war. It is not the equivalent of the Fourth of July. Yet it has become the Mexican equivalent of St. Patrick's Day — an excuse to get drunk.

Mexico's actual Independence Day falls on Sept. 16 and that's an anniversary most Mexicans feel is worth celebrating.