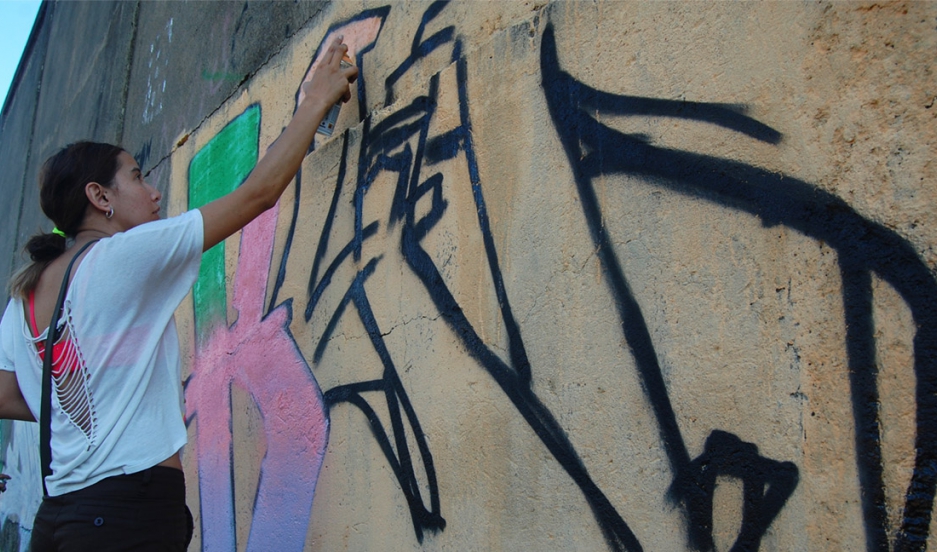 Jairisa Sanchez paints her street name, KYD, on a wall in the urban sprawl of Managua.

A look at the stats tells you that Nicaragua isn't the best place for women's health and safety. It has the highest rate of teen pregnancy in Latin America; over 80 percent of reported rapes are committed against girls under 18; nearly 50 percent of Nicaraguan girls drop out before finishing primary school.

But 23-year-old Jairisa Sanchez is bucking the odds. When she’s not working as a graphic designer, she’s a graffitera — a female graffiti artist. She also organizes an all-female hip-hop festival called Hall of Femme.

Today we’re out in the sprawl of the capital, Managua, in a neighborhood on the edge of the polluted Lake Xolotlán. Sanchez aims a bright silver can at a 20-foot concrete wall, sketching out the letters K-Y-D. That’s her street name.

Sanchez remembers when she first saw graffiti in the street. “I decided to try it, though I didn’t even know what it was called,” she says.

Today, Sanchez is with a co-ed graffiti collective called Chacuatol, which got permission to paint on this wall. Joel Gonzalez, who’s working on a piece with blocky white letters, says male graffiti artists are fascinated by the fact that women have joined the club because, he says, “we’re all from the same culture.”

Large graffiti pieces are common around Managua, which has an even older tradition of street murals. 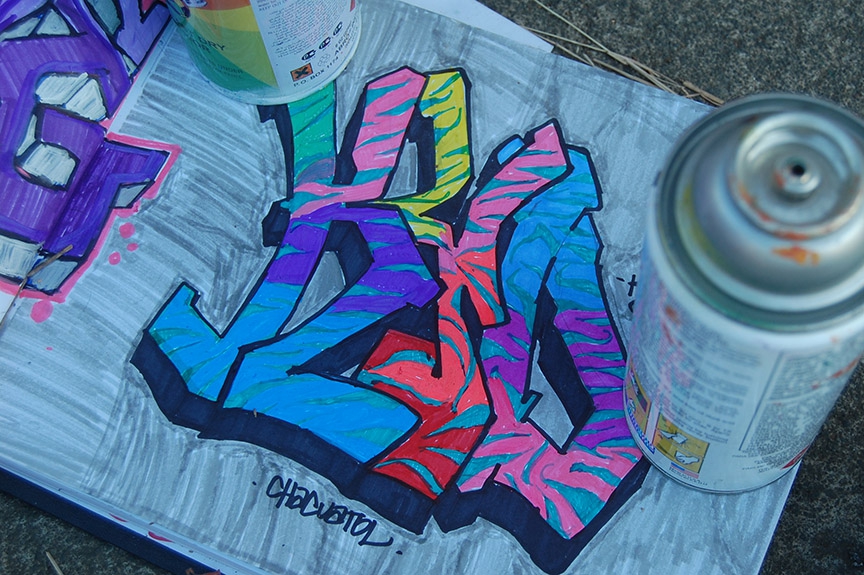 Nicaraguan curator Juanita Bermudez remembers the “golden age” of street art during the Sandinista revolution of the 1980s. “The government supported murals as art forms, and people saw them as celebratory,” she says.“Graffiti is another language.”

For women to be graffiti artists is even more remarkable, Bermudez says, “because in the past, it was considered a man’s occupation. It’s beautiful that women have the same impulse,” she says, adding that it’s proof that Nicaraguan society is evolving its conservative ideas about gender roles.

Still, hip-hop and graffiti are not easy paths for women here, by any means. Sanchez says when she paints with an all-women crew, people shout vulgarities at them, and call them vagrants. Still, she says she’s determined to keep working on her own skills, and to making sure other women have the same opportunity. In 2010 she founded “Ladies Destroying Crew,” a collective of young women graffiti artists.

But several women who started in the crew have since dropped out. One of them is Sanchez’s 17-year-old neighbor. Earlier in the day, we passed a piece she created with big, multicolored, wild-style letters. But Sanchez told me her neighbor now stays at home nursing a new baby, and she doesn’t paint anymore. 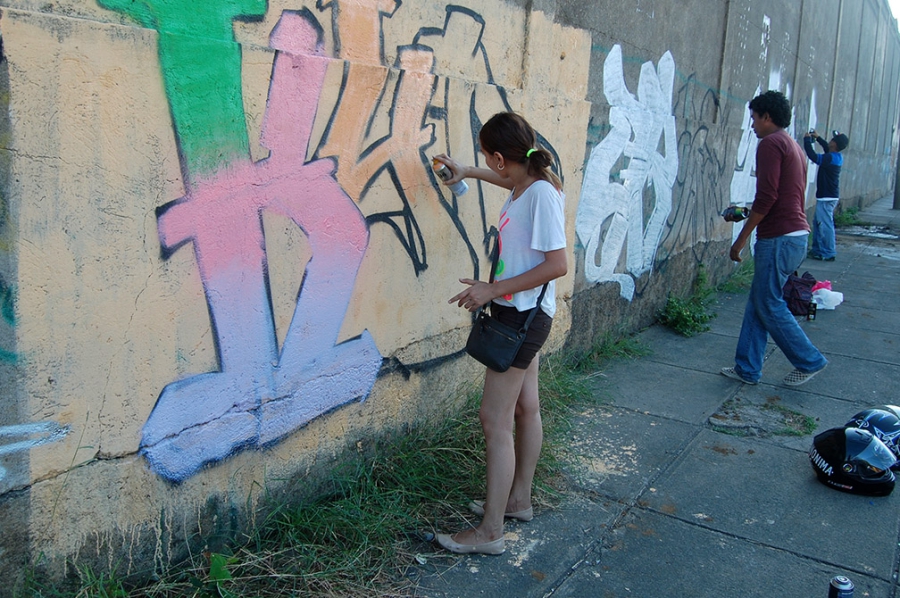 Jairisa Sanchez and her fellow graffiti artists sought permission to paint this wall in a suburb of Managua, Nicaragua.

Sanchez says women here learn from a young age to expect a conventional life. “You need to be the mistress of the house, take care of your husband, wash his clothes, cook for him, clean the house,” she says. “That’s your life as a woman.”

Not for Sanchez. After several hours of painting, she finishes her piece. It stands out among the black and white designs of the male graffiteros. Now everyone will know KYD was here.