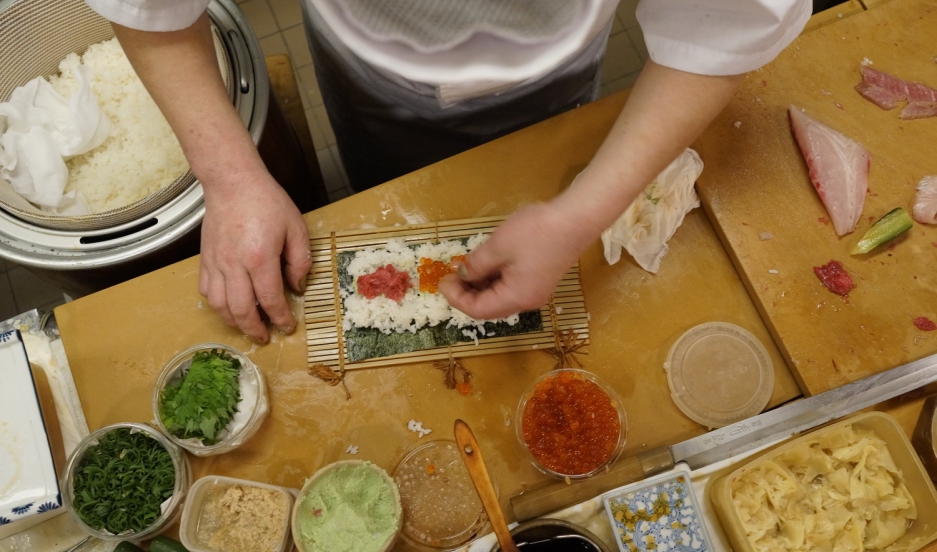 Tom Downey travels a lot for work. He's a freelance magazine writer based in New York and writes primarily about food and travel. In The Ten Commandments of Sushi, he conveys the widom of sushi chef Susumu Yajima.

Yajima-san owns a small, basement sushi restaurant in Tokyo called Yajima Sushi. It's not world-famous, but it's very very good, he says.

"It's the kind of place that you could easily miss if you didn't speak Japanese," he says. "If you didn't known it beforehand and if you weren't aware that down in this basement was this kind-of incredible little world of a sushi chef and his wife and a few customers who eat around their counter."

Downey stumbled upon the restaurant while wandering near the bustling Shibuya train station in Tokyo. Like many travelers, Downey enjoys exploring new places and restaurants off the beaten path. He prefers to look for ones "that really connect [you] to a place. That aren't three-star Michelin restaurants ... but are places that are extremely local, extremely provincial and express not just the cuisine of a place, but also the culture of a city, of a neighborhood and of a couple of people." 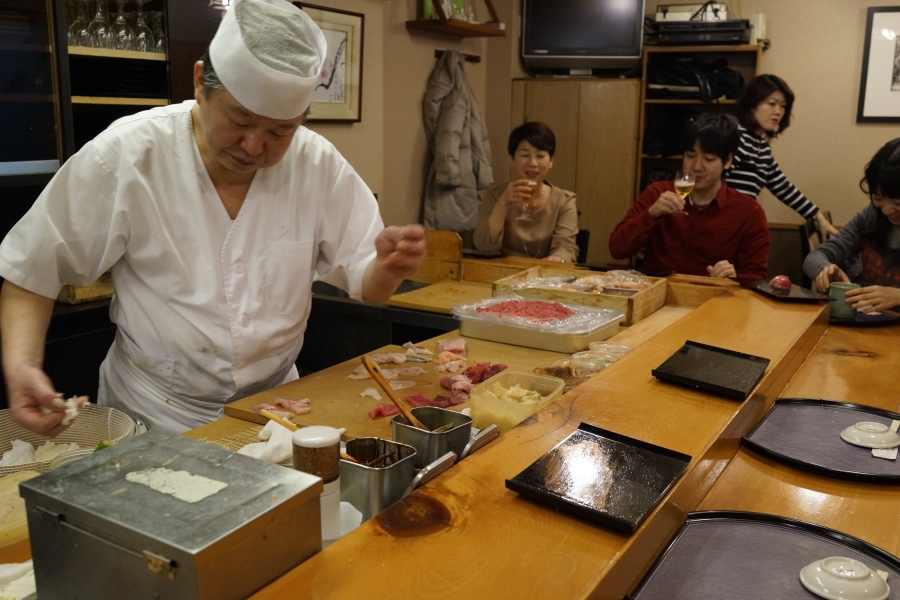 Patrons watch as Yajima-san gets to work

Once Downey found Yajima Sushi, he was ordered to wait, even though there were seats at the counter. Finally, he was given a seat right in front of Yajima. Soon the first piece of sushi arrived and Downey was instructed to eat the sushi, "Now, Don't wait!." Downey discovered this was Yajima-san's first commandment of Sushi: A full meal should take just 10 to 15 minutes.

It turns out one of the reasons for eating so quickly has origins that date back pre-1964.

Another reason for eating so quickly is due to the sushi itself. As Yajima-san explained, each second matters and that the sushi declines over time.

Here are a few more commandments:

The fourth commandment instructs us to eat the sushi in a low-ceilinged place, so the smells of the fish don't waft away. 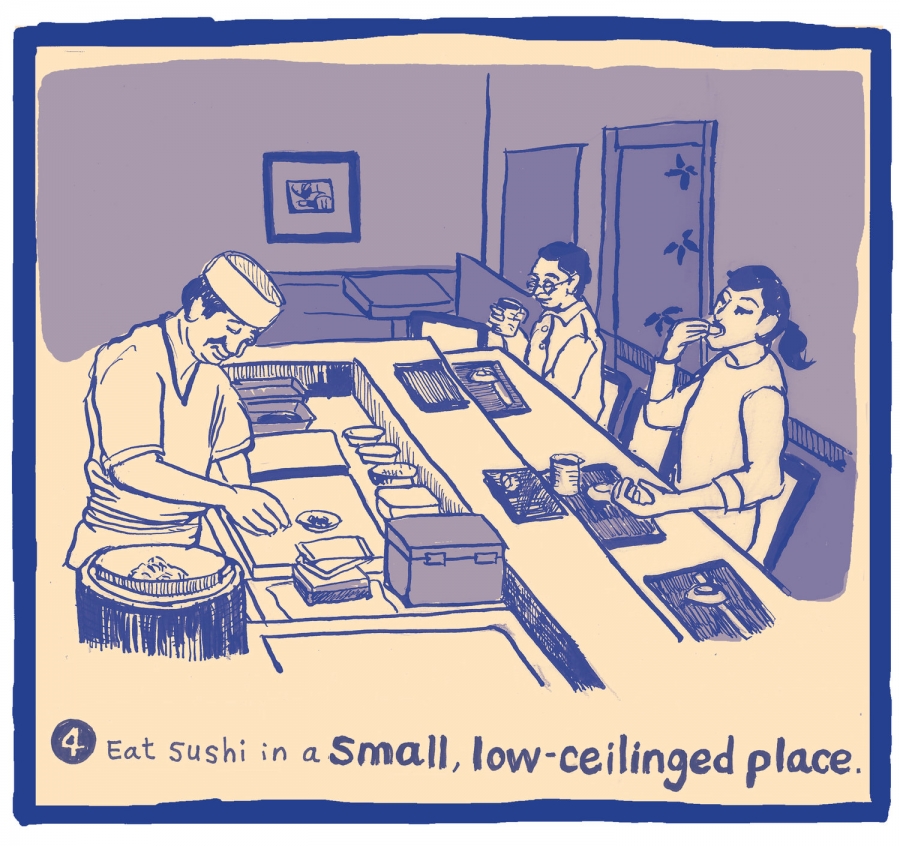 The fourth commandment of sushi eating.

The fifth commandment, according to Yajima-san, is pretty straightforward:

The 5th commandment according to Yajima-san

Yajima-san's explanation was "the rice starts to crumble and you start to look the structure of the sushi."

In most sushi restaurants in Japan, it's understood you should never add wasabi beyond what the sushi chef as already included. Yajima-san goes one step further and says NO soy sauce should be added. Hence, the seventh commandment:

The ninth commandment is fairly straightforward: Savor my sushi, but don't chit-chat. Downey says the tenth and final commandment brings all of Yajima's demands together — with a warning: