Ridley Scott's 1982 sci-fi masterpiece took place in 2019, which is just around the corner. Some of the film's technology still seems far-fetched. (Flying cars? Synthetic humans with implanted memories?) Then again, some of the other tech alreadyfeels dated, like the photo enhancerDeckard uses that looks like a cross between a VCR and a microfilm reader. But when wesay "It looks like Blade Runner out there today," we're not talking about any of that stuff. We're talking about the production design of the film ---the neon drizzle, the smoky streets, the romance of being alone in a shabbymegalopolis.

Ryan Allen and Siddharth Chander have that feeling all the time, which iswhy they started the popular Instagram accountBlade Runner Reality. Allen saidhe was inspired byan exhibit at the Museum of the Moving Imagethat includeda scale modelof the Tyrell Corporation. Theysee a lot ofBlade RunnerinAsian cities like Tokyo, Seoul, and Shanghai ---but they still find plenty of inspiration in New York and Washington, D.C. 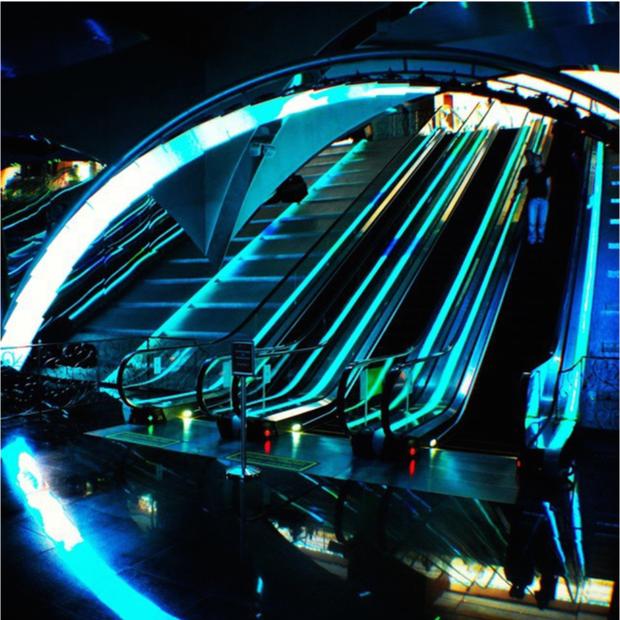 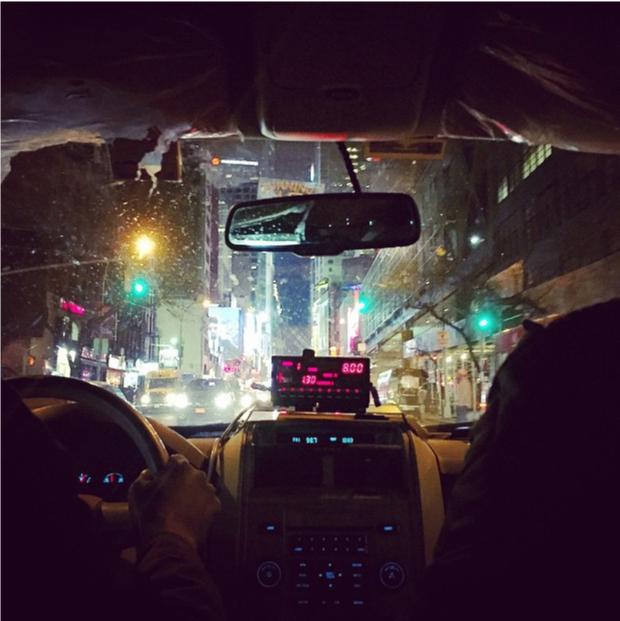 Are you in the mood to hear Vangelisyet? They also include quotes from the film on the Instagram account. 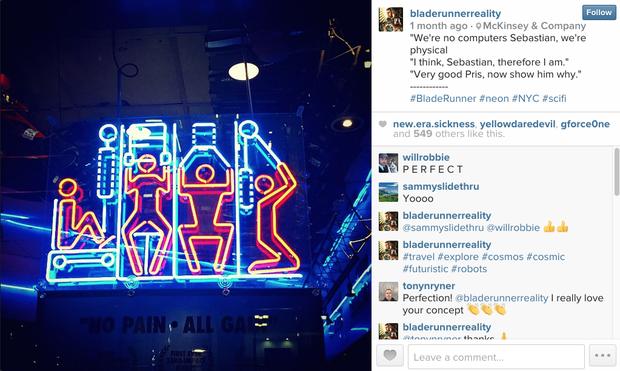 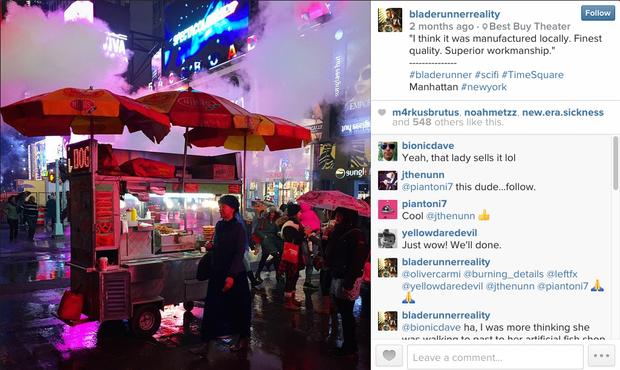 To compare, check out these clipsfrom the movie --- also, see Harrison Ford as Deckard totally check his phonein boredom at 1:53. Syd Mead was behind the brilliant production design ofBlade Runner, and he called science fiction "reality ahead of schedule." We talked with Mead for thisstoryabout how the Large Hadron Collider looks like a sci-fi movie.