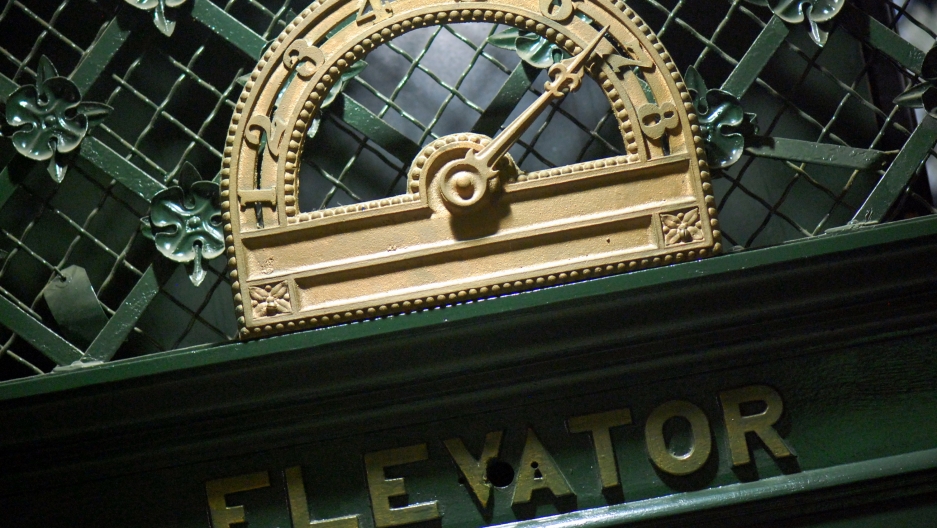 Elevators: They lift us up, put us awkwardly close to strangers and, most importantly, they keep us from panting up eight flights of stairs.

If you’re reading this on the 45th floor of some looming office building, you probably feel like you know all there is to know about the humble lift. But Tom Sybert, host of the Elevator Radio Show Podcast, isn't afraid to prove you wrong.

Sybert has spent his life working with elevators, and he thinks they’re one of the most important inventions of the modern world.

1. They helped kickstart the industrial revolution

Elevators have been around for a long time — since Archimedes, in fact. Louis XV of France had something called a ‘flying chair,’ a one-story elevator constructed so that the King and one of his favorite mistresses could visit each other more easily. (A workman had to wait in a chimney and pull a rope up whenever Louis rang a bell, which just sounds like the best job in the world.)

But mechanical elevators got their start in the 1800s, with lifts going up and down in coal mines. The Industrial Revolution, with its massive need for fuel, necessitated a way to transport materials and people through mine shafts — a task for which elevators were perfectly suited. However, what works in a coal mine doesn’t necessarily work in an office building.

Elisha Otis’ safety brake, which stops an elevator from plummeting even if the cable is cut, made it possible for elevators to be used in tall, modern buildings — and for people not to worry about falling to their deaths.

Until the age of the elevator, architects could only build structures short enough for people to comfortably walk to the top of. The safety brake paved the way for everything from the Chrysler Building to the Burj Khalifa. According to Sybert, if elevators hadn't been invented, “I can guarantee you the size of the buildings would be much lower: five, seven, eight stories at the most. People just don’t want to have to climb stairs, it’s just not that easy to do.”

3. They transformed how people live in cities

With the ability to construct tall buildings, cities were suddenly able to have lots of people crowded together in the same block. Cities like Tokyo, Shanghai, Mexico City and Delhi now support more than 10 million people each.

Then again, if we all had to walk up 40 flights of stairs to work every day, there might be some unexpected benefits, at least in Sybert’s opinion. “To be honest, we would all be a lot skinnier if the elevator was never invented; however, I think a lot of people would be complaining at the same time.”