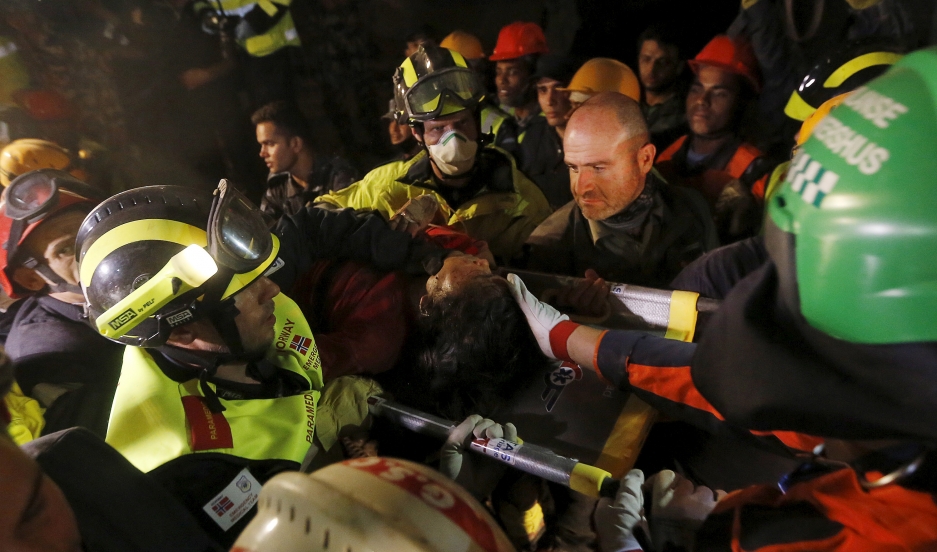 Earthquake survivor Krishna Kumari Khadka is rescued from a collapsed building in Kathmandu by French, Israeli and Norwegian rescue teams six days after the April 25, 2015 earthquake in Nepal.

Jonathan Katz was a reporter for the Associated Press in Haiti in 2010, the year a powerful earthquake there killed more than 100,000 people. He was able to see how outside help flowed into the stricken country — and how many outsiders, himself included, messed up in the aftermath of the disaster.

Katz wrote about those experiences in a book called "The Big Truck That Went By: How the World Came to Save Haiti and Left Behind a Disaster," and he's now worried that some of the same mistakes will replay themselves following the earthquake in Nepal.

Here are five key things Katz says the international community must remember in responding to disasters.

1. Don't assume disorder will break out

There's often a supposition after a major national disaster that there's going to be a lot of unrest, that there's going to be some kind of outbreak of violence. While there are instances of that, what's actually interesting is that in disasters the total opposite happens. Disaster brings people together, because when people realize how short their lives are and that they could end at any second, people come together and they work together.

2. Don't treat people as potential threats to be controlled

3. Don't focus on the dramatic stories, focus on patterns and problems

Human stories, like the one about pulling survivors out of rubble after five days are great. We love those stories because those are amazing stories and they're triumphs of life. But the reality is that in a disaster like an earthquake, they're very limited. Again, focus should be on helping survivors.

There was one mistake that was made over and over in Haiti: The people of Haiti were looked at as being bystanders, as obstacles or as security threats. It was thought that they needed to be put aside and that things needed to be done to them and for them — instead of with them or, even more importantly, following their lead. The decision to look at Haitians as obstacles in their own recovery led to creating these tent camps that ended up being an enormous focus of the relief and reconstruction effort for years to come. Some of those camps are still in existence today. A lot of them became permanent settlements.

5. Don't make key decisions after the disaster. Plan ahead.

The moment the disaster hits is the wrong moment to think about what kind of procedures need to be in place. That needs to be the moment when the [pre-existing] procedures come into effect.