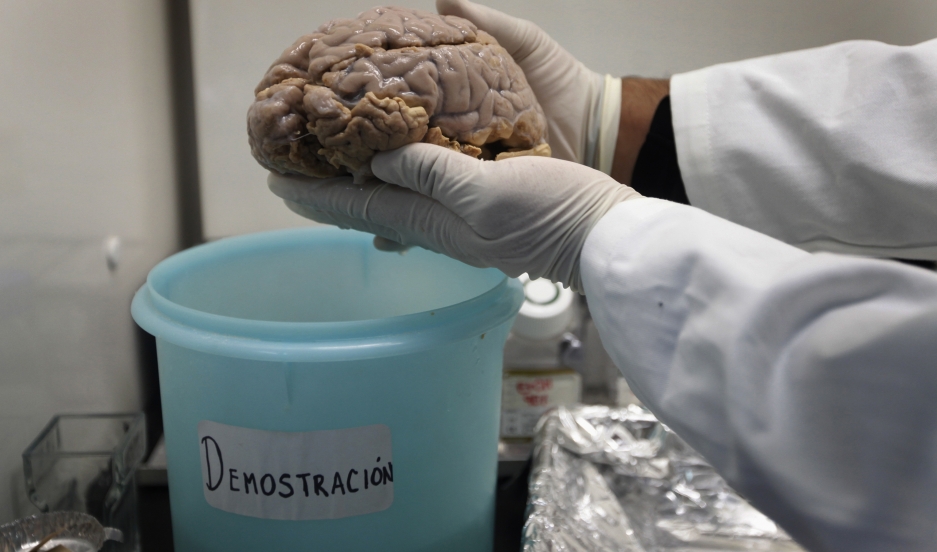 Throughout his career, Duke University neurology professor Allen Roses has challenged what for decades has been the prevailing orthodoxy in Alzheimer’s research: Namely, the “amyloid hypothesis,” which suggests that a protein called beta-amyloid clogs up the brain, killing neurons and causing the dementia associated with Alzheimer’s disease.

“Beta-amyloid is the result [of Alzheimer’s], rather than a cause,” he says.

For more than 20 years, Roses, 72, has pursued a hunch that dementia in Alzheimer’s patients stems from an inability in the brain to metabolize energy sources, such as glucose and oxygen. The trigger, he argues, is variations in two genes — ApoE and TOMM40 — which ultimately inhibit mitochondria from supplying energy to neurons, causing them to die. A growing body of published literature supports his theory, Roses says, but by and large, he “has been totally ignored” by the field.

Pugnacious and prickly when crossed, but not lacking a sense of humor (he names his startups after red wines), Roses has moved from academia to industry and back again, survived funding droughts, and even fronted his own money in order to establish his counter-theory to what he has called the “amyloid cult.” 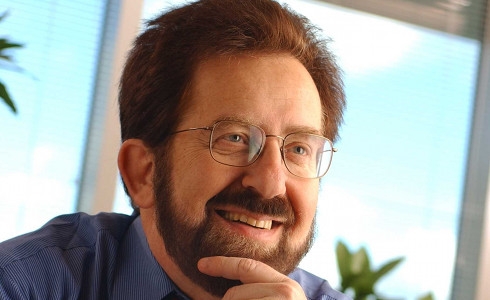 “For all these years, Allen’s position has been very adamantly against [the focus on] amyloid,” says Dmitry Goldgaber, an Alzheimer’s expert at Stony Brook University in New York, who has known Roses since 1986. “My position was that we actually don’t know how important amyloid is,” he adds.

Amyloid’s rise in the field dates back to the 1970s, when the National Institutes of Health (NIH) formed the National Institute on Aging (NIA). Alzheimer’s was a major research area and a key observation that emerged from NIA-backed studies was that Alzheimer’s patients had a build-up of abnormal beta-amyloid proteins. Those, with another protein called tau, together form plaques and tangles that seem to be toxic to neurons.

A seminal paper by George Glenner in 1984 describing the structure of beta-amyloid got molecular biologists and geneticists interested in the field. “That’s where the [modern] amyloid story began,” recalls Zaven Khachaturian, who’s known as the “father of Alzheimer’s research” in the United States for overseeing work in the field at the NIA. “This was useful from a program development standpoint because it gave an attractive and publishable area of research.”

At the time Glenner’s paper came out, scientists already knew that there were two types of Alzheimer’s: a rare, early-onset form that occurs in people before age 65, and a late-onset version that accounts for 90 percent of all Alzheimer’s patients. Although the different forms of Alzheimer’s can manifest varying symptoms, levels of beta-amyloid can be elevated in both types.

By the end of the 1980s, researchers were making headway in discovering the genetic underpinnings of the early-onset form. First, Stony Brook’s Goldgaber identified the location of a gene called APP, which makes a protein that, when broken down by enzymes into smaller fragments, becomes beta-amyloid. Then a discovery in the early ’90s found that a mutation in APP causes a greater accumulation of beta-amyloid. The theory is now accepted that a person who inherits certain mutations in APP will likely get the early-onset form of Alzheimer’s.

Around the same time that the APP mutation was discovered, a team led by Roses at Duke surprised the field with another finding concerning a gene called ApoE, which is involved in cholesterol transport: Inheriting a particular version, or allele, of the gene — called ApoE4 — seems to increase the risk for late-onset Alzheimer’s by affecting the age at which a person develops the disease.

The ApoE4 variation “is without question, now and probably forever, the most potent and important genetic factor in late-onset Alzheimer’s disease,” according to Samuel Gandy, associate director of the Mount Sinai Alzheimer’s Disease Research Center in New York City. But Gandy, known in the field as an amyloid expert, also points out that among ApoE4’s important effects is that it appears to promote beta-amyloid buildup. “My guess is that Allen would say [this is] ‘true but unimportant,’” he wrote in an email.

While the influence of ApoE4 is now accepted, when Roses published his findings in 1993, the scientific community was dubious that a gene involved in cholesterol transport would also be involved in Alzheimer’s. Some research groups had trouble replicating his findings. Others characterized Roses’ work as “radical” and “destabilizing” to biotech startups that were developing drugs based on the amyloid hypothesis.

Khachaturian says he made a “conscious effort” to create a balanced program at the NIA that supported different perspectives, such as that of Roses, whom he calls a “maverick.” But the amyloid hypothesis garnered the most attention, as well as funding. “The review groups within NIH or the [medical] journals became convinced that [proteins such as] amyloid and tau were the main part of the story, and anything else that came was discredited,” Khachaturian says. “So, it began a process of creating a scientific orthodoxy that put blinders on the possibility that there are other factors that were involved.”

Roses says that he stopped receiving funding in 1997 for his research at Duke because of his stance against amyloid, and was forced to take an industry job with GlaxoWellcome (now GlaxoSmithKline). For a decade there, he continued to investigate the role of ApoE4 in Alzheimer’s and to test his alternative to the amyloid hypothesis. Roses eventually returned to Duke in 2007, and two years later launched the startup Zinfandel Pharmaceuticals to move his research into larger trials with a pharmaceutical partner.

After decades of plugging away at the Alzheimer’s puzzle, Roses’ overarching explanation for what causes the late-onset form of the disease concerns the effect that gene variants, such as ApoE4, have on mitochondria — the “engines” that use oxygen and glucose to supply cells with energy.

(Related: Why do so many more women have Alzheimer's than men?)

Mitochondria are critical for the normal functioning of neurons, which need energy to communicate with each other. But unlike other cells in the body, neurons can’t reproduce. Consequently, when mitochondrial motors slow down — as they do with age — they deprive neurons of vital fuel. As energy-starved neurons die with nothing to replace them, the brain’s cognitive functions also deteriorate.

The involvement of TOMM40 can also help explain the presence of beta-amyloid in late-onset Alzheimer’s patients, according to Roses. The gene makes a protein that shuttles aggregates of other proteins into the mitochondria — and one of those proteins is the precursor to beta-amyloid. “The amyloid plaque is not pure,” says Roses.

Based on this cumulative research, Roses’ team has developed an algorithm that he says can predict whether a healthy individual between ages 65 and 83 is at increased risk for developing cognitive decline due to Alzheimer’s within five years. The algorithm factors in a person’s age and genetic variations in ApoE and TOMM40.

Yet, some researchers attempting to replicate Roses’ work have failed to find an association between TOMM40 and the age of Alzheimer’s onset. Roses has countered that these groups aren’t performing his research correctly and that the work involves complicated diagnostic methods. “Because TOMM40 [research] is not as easy to replicate as ApoE4 [research] was,” Roses says, “the first thing they say again is the data is wrong.”

Khachaturian also points to key methodological differences between other groups’ research and Roses’ that led to the divergent findings. “They did not use the same analytical methods as Roses,” he says.

Where some scientists question his findings, however, Roses’ theory is gaining traction among others. For instance, Russell Swerdlow, director of the University of Kansas Alzheimer’s Disease Center, published a paper entitled, “The Alzheimer's disease mitochondrial cascade hypothesis,” in which he acknowledged that while the role of mitochondria in late-onset Alzheimer’s is “controversial,” it is finding supporters as more evidence accumulates.

Swerdlow is in the early stages of replicating Roses’s TOMM40 work and has seen similar trends in a small cohort of patients. There are other groups, too, that have been able to find an association between TOMM40 and age of Alzheimer’s onset, according to Roses.

But the biggest test of Roses’ algorithm is a 5,800-subject, five-year, double-blind, randomized, placebo-controlled trial currently underway through a collaboration between his startup Zinfandel Pharmaceuticals and Japanese drug firm Takeda Pharmaceutical. If the study shows that the algorithm does what it’s designed to do, the findings could give the field what it desperately lacks: a way to predict if a person is at risk for developing cognitive problems from late-onset Alzheimer’s disease.

For participants deemed at high risk by the algorithm, the investigators are also testing whether a very low dose of a drug called pioglitazone can delay the onset of memory- and thinking-impairments. If a drug were available today that staves off dementia by five years, it would reduce the cost of patient care by $50 billion by 2020, the Alzheimer’s Association estimates. Rodent and human studies have already shown that low-dose pioglitazone improved mitochondrial function and enabled them to better metabolize energy sources.

“At a point in time when people are about to suffer from mitochondrial inadequacy in their brain, the aim of the study [with Takeda] is to double the number of mitochondria and increase their ability to metabolize glucose and oxygen," Roses says.

The amyloid hypothesis, meanwhile, has been losing some steam. For instance, the precise role of beta-amyloid in people with or without Alzheimer’s is still not well understood, despite decades of research. And some people with amyloid plaques don’t suffer from cognitive impairments or Alzheimer’s, which means that the presence or absence of amyloid isn’t enough to determine if someone has the disease. (The FDA currently recommends that physicians use imaging tools that can spot amyloid while also applying a battery of other tests when screening for Alzheimer’s.)

Further, a number of trials aiming to develop drugs that target and flush out beta-amyloid have failed to improve patients’ cognition, although drugmaker Biogen recently met with some success. Last month, the company presented data from a small trial showing that an experimental drug not only reduced amyloid plaque in patients with mild late-onset Alzheimer’s but also slowed their mental decline. Gandy of Mount Sinai’s Alzheimer’s Disease Research Center points to the study as one of “the main arguments in favor of the amyloid hypothesis” to date.

Most of the Alzheimer’s research papers also continue to acknowledge amyloid, according to Khachaturian, who is editor-in-chief of the journal Alzheimer's and Dementia. “It’s become part of the tradition in the field,” he says. “The amyloid creed is obligatory, and researchers feel they have to pay homage in order to get their paper reviewed or accepted. That’s unfortunate.” For his part, Khachaturian is reserving final judgment on the amyloid hypothesis until more drug trials are complete.

As for Roses, the molecular biologist James Watson (of DNA double-helix fame) offered one perspective in his book DNA: The Secret of Life: “Nothing … gives Roses more pleasure than an opportunity to prove everyone else wrong.” In attempting his novel approach to the Alzheimer’s conundrum, Roses has grown comfortable standing alone. “Science is not a mob opinion. Science is what the data says,” he says. “Unfortunately, 90 percent of the field in Alzheimer’s research is only interested in one kind of data.”