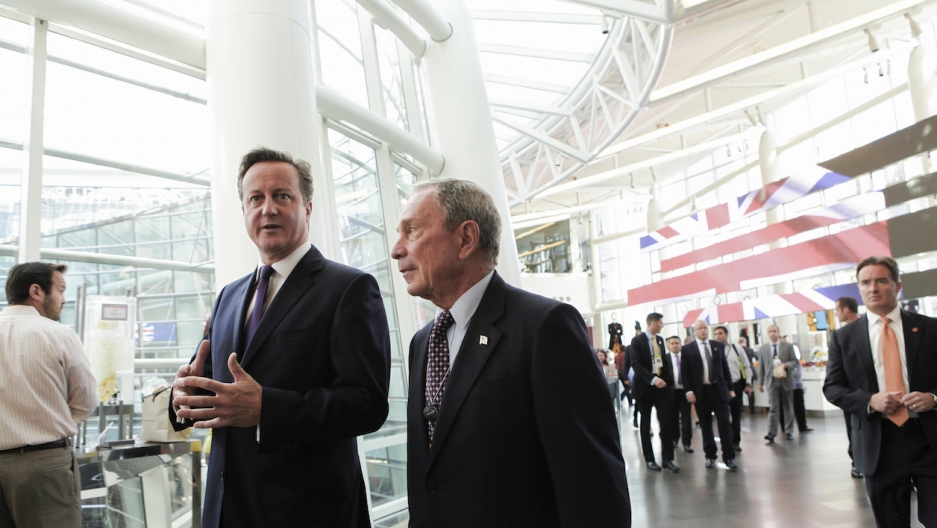 David Cameron's strong. He's gutsy. And losing him as Britain's prime minister would be bad news for the global economy.

Those are just a few reasons New York's billionaire former mayor, Michael Bloomberg, says the United Kingdom should grant the Cameron's Conservative Party another term in the May 7 election.

Bloomberg made this rare endorsement Wednesday on his company's opinion site, BloombergView.

But ex-Mayor Mike's pat on the back came with some digs at the prime minister.

“I’m a strong believer, for instance, that more immigration leads to more economic growth, and that the UK — like the US — would benefit from more liberal immigration policies. I also share Labour Party leader Ed Miliband’s reservations about a referendum on staying in the European Union.”

Funnily enough, those seem like a couple of good reasons a slice of the public actually may not be voting for Cameron’​s Conservatives. Of course there are other reasons.

To that point, Bloomberg had a piece of advice learned from a previous New York mayor:

For Bloomberg the positives outweigh the negatives. He says: Cameron's government admirably lifted Britain's economy from "dire straits"; refused to cave on its austerity agenda; and "added more jobs than the rest of Europe combined."

The only other time Bloomberg endorsed a candidate was in 2012, when he backed Barack Obama — for environmental reasons, of all things (and because he said the alternative, Mitt Romney, had flip-flopped on any stance Bloomberg ever liked of his).

This time, he's publicly weighing in on a foreign country's election. Here's why:

"My longstanding business, civic and philanthropic ties to London, and my concern for the future of the U.K. economy and its importance to world markets, now lead me to make an exception."

Yet unlike America's mostly bipartisan ballots, the UK's system has gone berserk with a whole bunch of smaller parties fighting for support that the Labour Party and Conservatives once enjoyed pretty exclusively, as Paul Ames reports for GlobalPost.

Agreeing on nine out of 12 issues could be a stretch for many voters. Then again, the guy Bloomberg endorsed last time did pretty well in the polls, so who knows.

More from GlobalPost: Here's everything we can tell you about the UK election (LIVE BLOG)