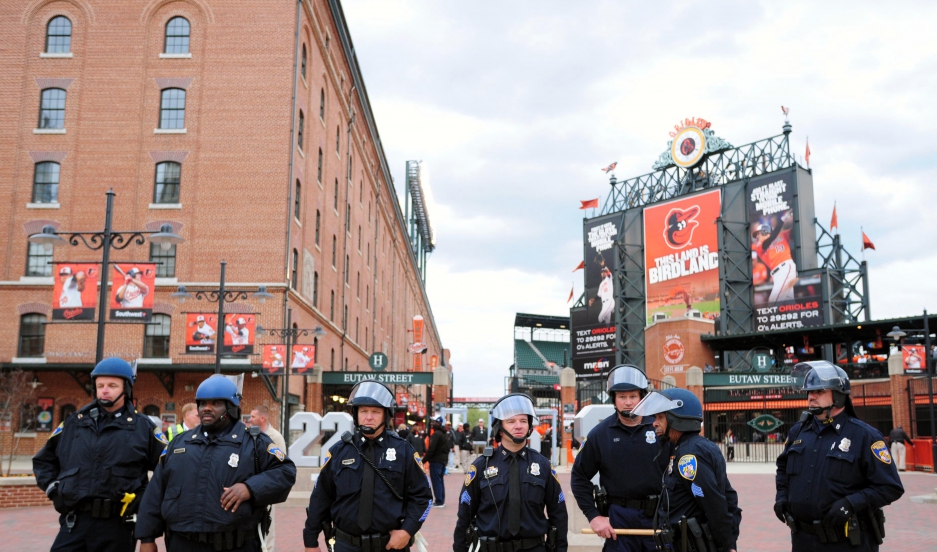 Baltimore police officers stand outside of Oriole Park at Camden Yards prior to the cancellation of a game between the Chicago White Sox and Baltimore Orioles on April 27, 2015.

Root, root, root for the home team? Not if you were in Baltimore on Wednesday afternoon.

That's when the Orioles hosted the Chicago White Sox in what was supposed to be the final game of a three-game series. But amid the riots and protests following the funeral of Freddie Gray, the Baltimore man who died in police custody, both previous games were postponed — and Wednesday's game went ahread without any fans in the ballpark, as a safety precaution.

It was the first game held behind closed doors in the 145-year history of Major League Baseball, but it’s a move that is pretty common in soccer. Take a match played in October 2014, when a drone carrying a pro-Albania flag was flown over Belgrade's Partizan Stadium during a match between Serbia and Albania. A Serbian player ripped the flag to the ground, sparking a brawl. 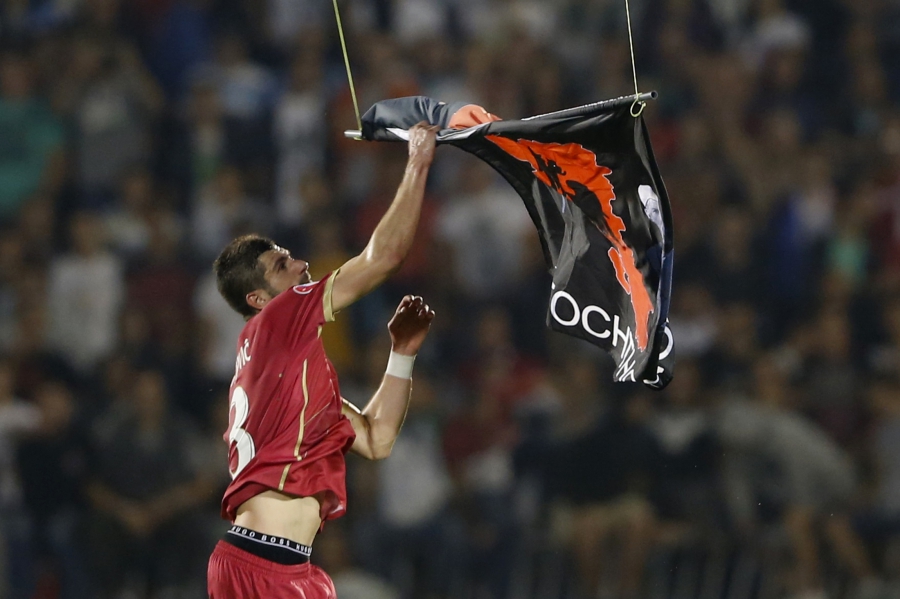 Stefan Mitrovic of Serbia grabs a flag depicting so-called Greater Albania, that was flown over the pitch during the Euro 2016 qualifying soccer match between Serbia and Albania at the FK Partizan stadium in Belgrade October 14, 2014.
Credit: Marko Djurica/Reuters

Barring fans can also be punishment for other misbehavior. “One of the most common occurrences happening a lot in Europe is when fans chant racist songs or exhibit racist signs at games,” Troop says. “The next thing that happens is that the team is punished by having to play behind closed doors for its next game or two.”

Matches have also been played behind closed doors because of health concerns. In 2009, some Mexican teams had to play to a sea of empty seats after the H1N1 swine flu outbreak.

And in 2010, a rugby match between Edinburgh and Castres was postponed after heavy snow in Edinburgh covered the pitch and created major access issues. Organizers decided to hold the rescheduled match behind closed doors to remove any possible danger to spectators attempting to travel to the match.