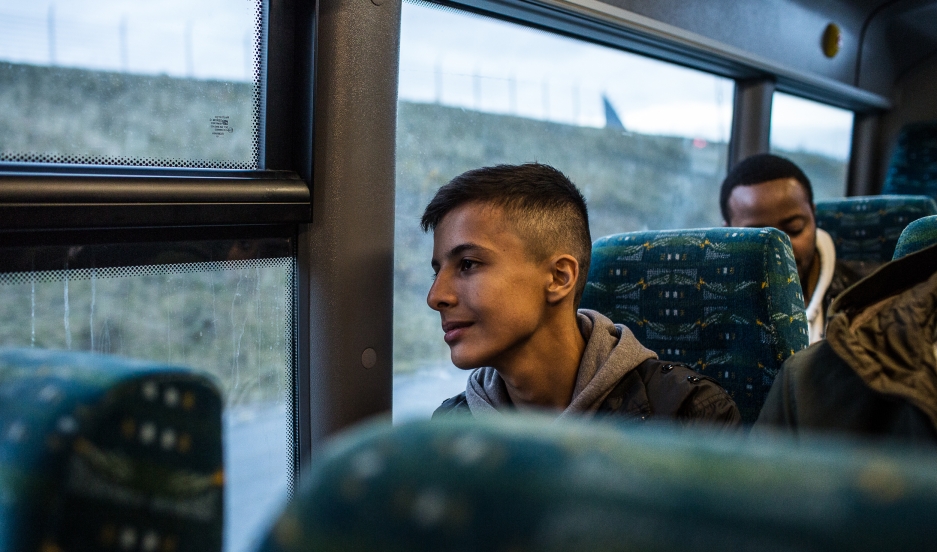 Syrians asylum seeker, Nawras Soukhta travel by train during a three-year journey to escape his country and live a better life in Sweden.

Since the civil war in Syria started, people have been fleeing the country however they can. Photojournalist Mackenzie Knowles-Coursin followed one such person, a teenager named Nawras Soukhta, as he tried to make his way to Sweden.

It's a journey Knowles-Coursin documents in a long-form story, "Catch Me If You Can." 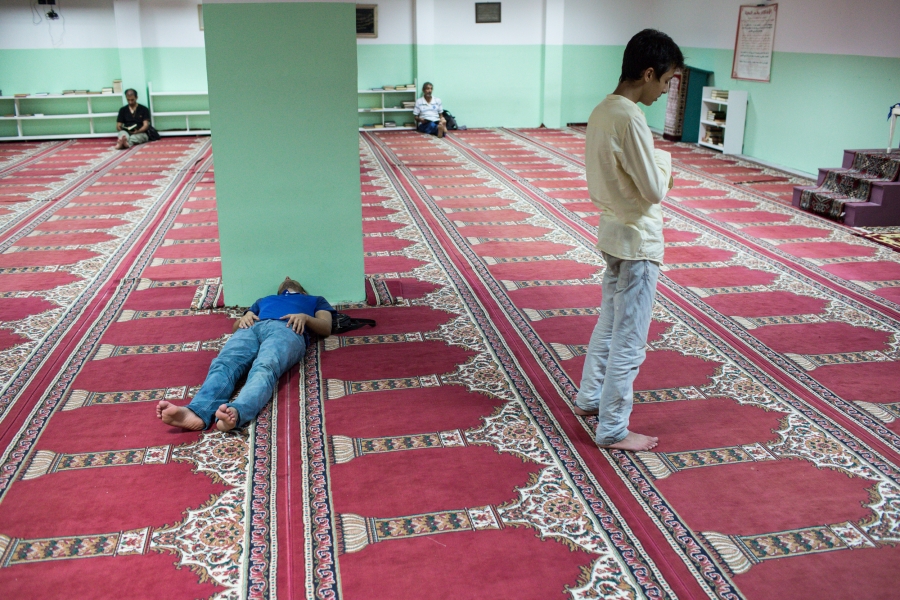 Soukhta's journey started in Damascus. His family fled to Turkey to escape the fighting. From Istanbul, he'd hooked up with smugglers who promised him a direct boat ride to the southern coast of Italy. But it was anything but. Knowles-Coursin says the smugglers lied. The boat trip took a detour to pick up more people in Egypt, and another stop in Libya. Finally, Soukhta made it to Italy.

"So it was a journey that ended up taking 11 days in all," says Knowles-Coursin. "In his words, 'You're at their mercy.' Once you get on the boat you really just end up praying the boat doesn't sink and the smugglers are actually going to take you where they say they are." 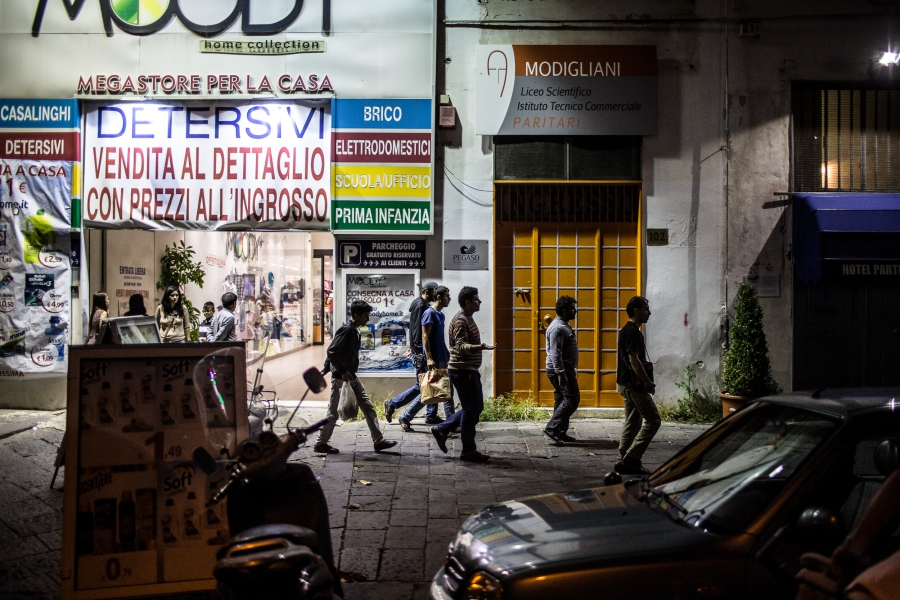 His arrival to Italy was a relief. But just a temporary one. Knowles-Coursin says many people like Soukhta do not want to end up in Italy, as its social services are over-stressed from the thousand of people washing up on their shorelines. Knowles-Coursin adds that a EU regulation states that wherever an asylum seeker lands is the country where they receive services. "So if they register as an asylum seeker in Italy, they are teethed to that country," he adds.

But Soukhta wants to end up in Sweden. So his journey was not over. And he didn't know how to get from Sicily to Stockholm. Italian authorities transferred Soukhta to a holding camp for the night. But the camp is loosely guarded. Soukhta left it in the morning for the train station bound for Milan. 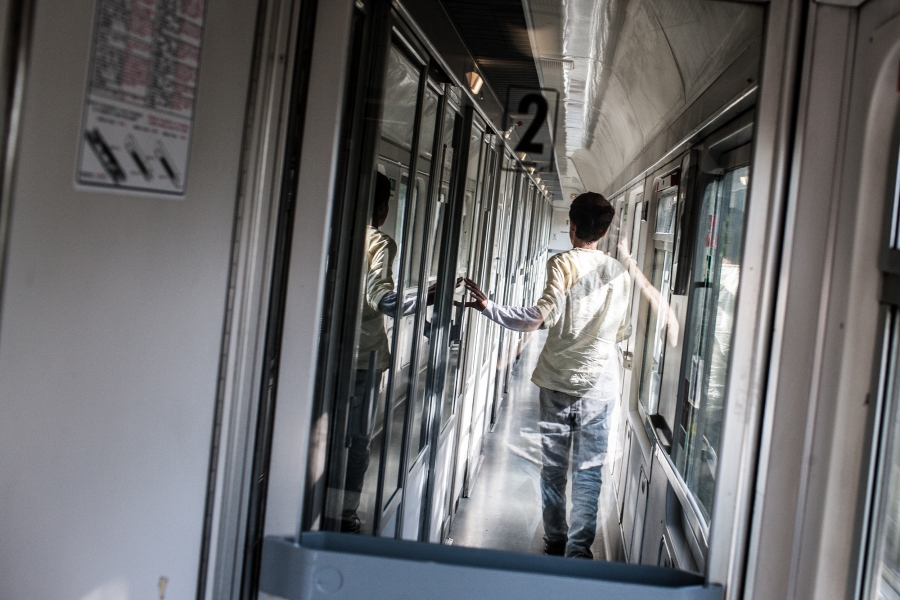 Syrian Asylum seeker Nawras Soukhta aboard a train in Italy.

Knowles-Coursin says Soukhta had a Syria passport. This was key. It allowed Soukhta to board a plane. And that's what he did. A flight to Stockholm. "When we got on the plane, everyone was all smiles," he says. "We took off and everyone was really happy. He was all smiles." 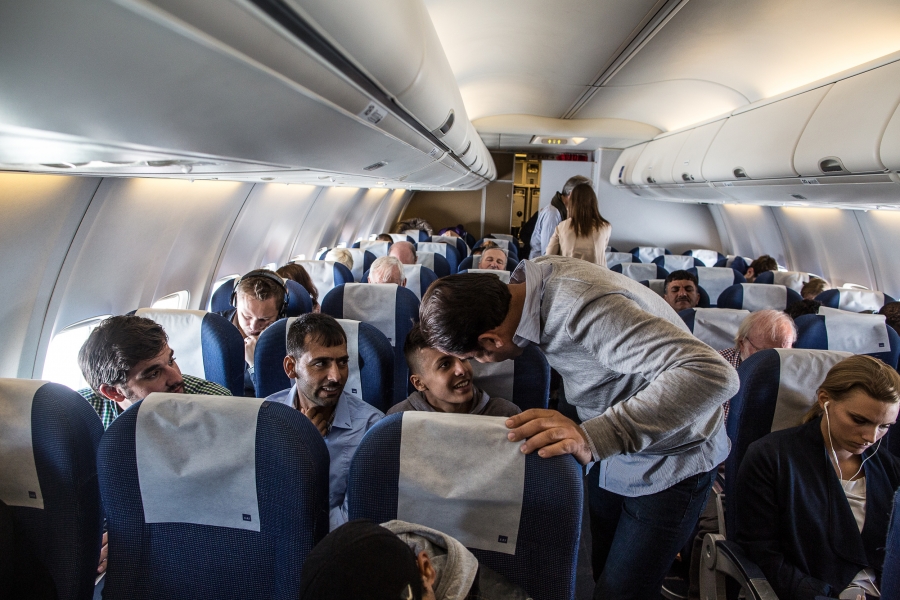 Syrian Asylum seeker Nawras Soukhta smiles as he sits aboard a plane bound for Stockholm, Sweden.

Soukhta is now in Sweden. Knowles-Coursin says the Syrian had a tough time with the brutal winter. But Soukhta is doing better. He just ran a 5k. And he's not dead, like the thousands of other people who have attempted a similar journey.