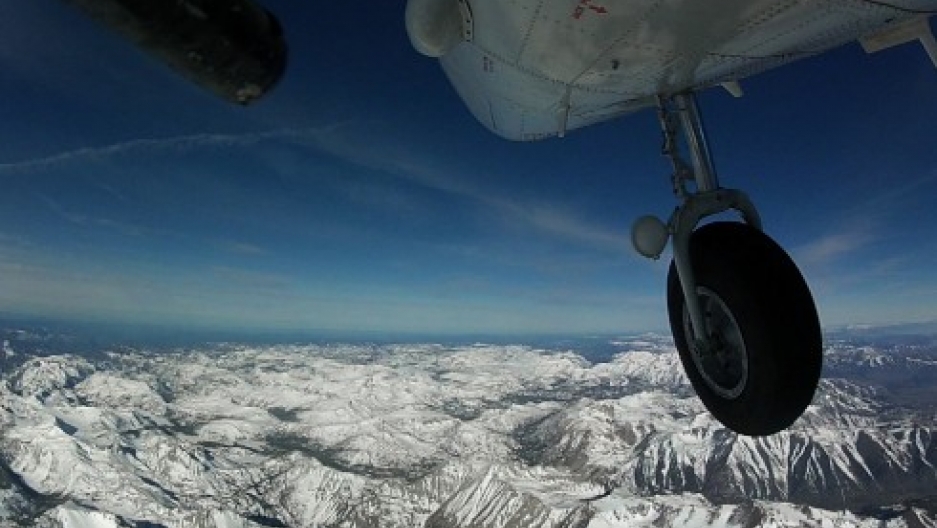 Drought is the new normal in California, with Governor Jerry Brown earlier this month announcing the first mandatory water restrictions in the state’s history .

“It’s a different world,” he said.

A different — and drier one. The drought in California is only part of the equation, with many of the western states struggling with the ever-precious H20. To analyze just how much rain and water they will have in a given year, researchers trek up to the Sierra Nevada Mountains to measure the snowpack.

“Today was very grim,” says Frank Gehrke, one of the surveyors. “We had less than one inch of snow water equivalent at this location.” Indeed, this year, the snow pack in that mountain range was only 40 percent of what it was last year. And last year was one of the driest seasons on record. With the snowfall each year representing approximately 70 percent of the annual rain, it’s not looking good, or wet.

B. Lynn Ingram, a professor of Earth and planetary scienceat  the University of California at Berkeley, says the current conditions can actually be classified as a “mega-drought.”

“We’re in our fourth year of the current drought, but you actually could think that we’re in the 15th year, because in California and the entire west, we’ve had [low] precipitation and run-off now for, you know, 13 out of the last 15 years,” she explains.

Historically, she says, California has had a variable climate and has gone a decade or longer with dry conditions, alternating with wet ones. “The problem now is that we’re adding, on top of the natural variability, we’re adding global warming. And in this part of the word, it’s predicted to get drier with fewer winter storms and less snowpack.”

To counteract this, the Orange County Water District has implemented a wastewater-recycling program. Mike Marcus is the manager of the initiative. “What we do is we take waste water from the sanitation district, which are our next door neighbors,” he explains. “Instead of discharging it into the ocean or considering it a waste, we consider it a resource.”

By running the water through an advanced purification system, it gets highly distilled and is then put back into the ground water base, becoming a source of drinkable water for the county. Seventy million gallons of water a day is recycled through the program, making it the world’s largest indirect potable water project, says Marcus.

It’s projects such as these that will help California adjust to its new normal, says Ingram. “The 20th century, when we built all of our water departments, dams and aqueducts, was a relatively wet century when viewed from the long term,” she explains. “It’s very unlikely that we’ll go back to that higher level of precipitation, so we need to start shifting to longer term mitigation strategies like they’re doing in Orange County.”