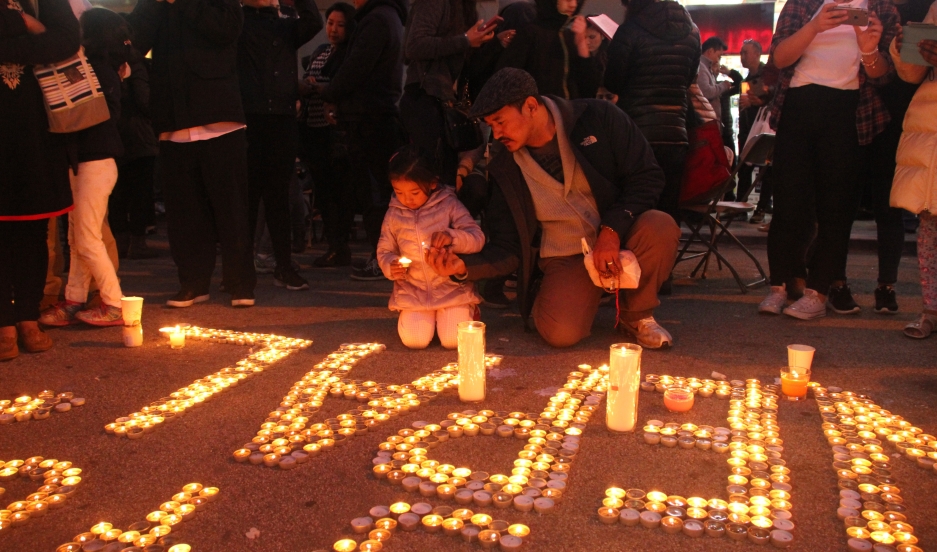 New York City's Nepalese immigrant community gathered on Sunday at a plaza in Queens to pray and gather donations for victims of this weekend's earthquake in Nepal.

A day after a devastating earthquake struck Nepal, hundreds of people gathered at Diversity Plaza in Queens, New York. It was Sunday evening and, as the vigil got underway, a woman led the crowd in singing Nepal’s national anthem. "Woven from hundreds of flowers, we are one garland that's Nepali," the anthem begins. "Spread sovereign from Mechi to Mahakali."

The garland also stretches to Queens, which thousands of Nepalese now call home. They’re now grieving together over the earthquake’s destruction, and sharing their anxieties about what they still don't know.

“This morning, we had our members who come because they have not been able to talk to their family members,” a leader from Adhikaar, a Nepalese community organization, tells the crowd. “They don’t know whether they’re still alive or not, what they’re doing, if they’re alive, what they’re eating, what’s happening. ... They don’t know.”

Tsering Lama, whose family lives in Kathmandu, says she feels "helpless" watching events unfold from far away. "Up until this afternoon, I didn’t have contact with my family," she says. "So finally getting to know they’re safe was a big relief, but you want to be there for them, you want to be there with them."

She’s doing what she can in the meantime, circulating through the crowd and collecting donations to send to Nepal.

The earthquake is also mobilizing other people in the city with strong ties to the Himalayan region. Hundreds gathered at another Sunday event, this one at a converted warehouse in Queens that houses the Tibetan Community of New York and New Jersey. Earlier in the day, the United Sherpa Association, whose members come from eastern Nepal, held a Buddhist prayer ceremony. 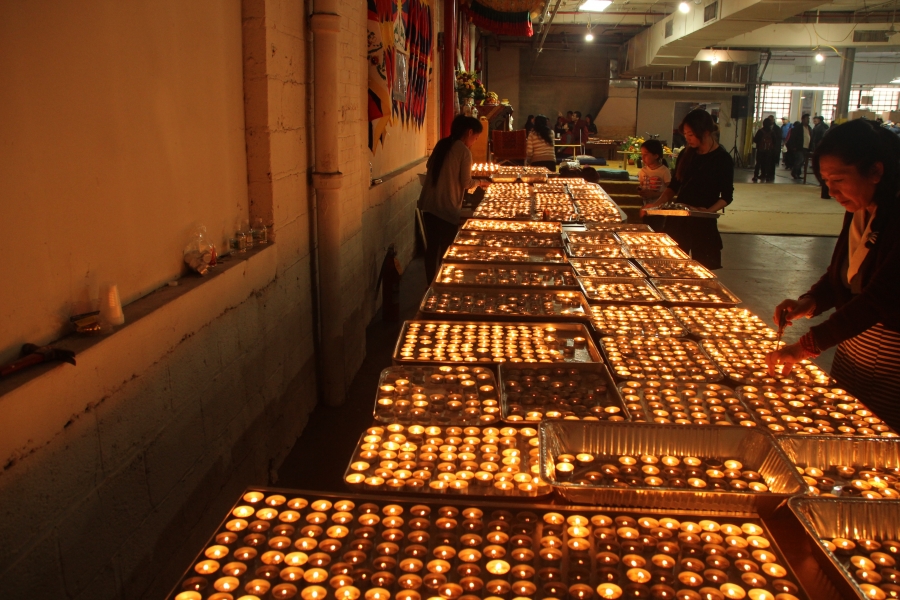 Several hundred people gathered to pray and make donations at the home of the Tibetan Community of New York and New Jersey in Woodside, Queens.

People came and went throughout the day at the association's building, lighting prayer candles and making donations. “We have friends here whose villages are [in a] very remote area, you can only access it by helicopter,” said Ang Galgin Sherpa, a group leader. “To transport materials from Kathmandu to these places is going to be very expensive.”

Back at the vigil at Diversity Plaza, Nisha Sunar struggled through sadness and limited English to tell me that she still had not heard from her parents. She asked me to pray for her country.

Sunar was a folk singer in Nepal and moved to New York a year ago. Her words trailed off, so she sang a few lines of a song. A friend who listened translated the lyrics: "Even though I’m dying, my country is still alive.”