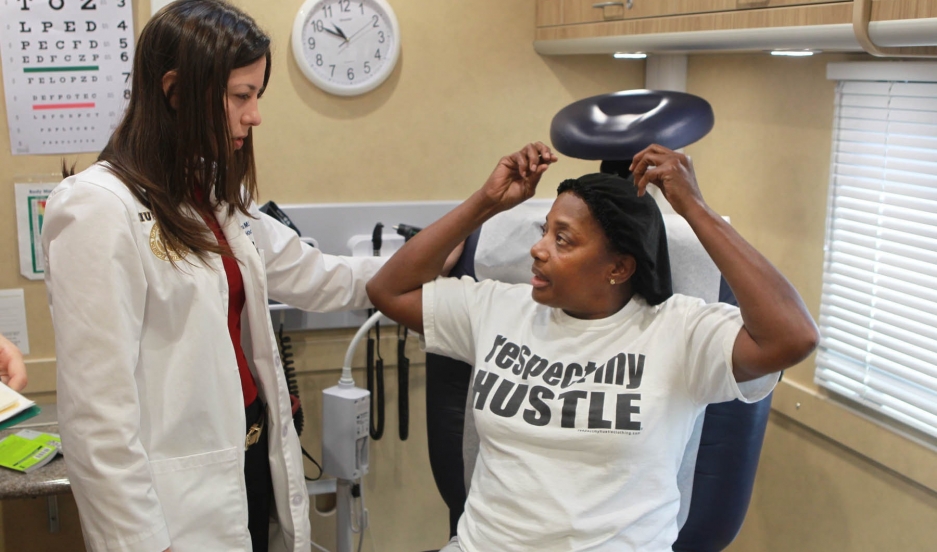 Dr. Annelys Hernandez checks out Cynthia Louis at a Mobile Health Center at Florida International Univeristy on March 3, 2015. Louis is ineligible for health insurance because of Florida's decision to reject Medicaid expansion under Obamacare.

The Affordable Care Act, aka Obamacare, was designed to drastically cut down the number of people without health insurance. It worked. Yet millions of people are still trapped without insurance, caught in what's known as the "coverage gap."

One of the law's key provisions expanded eligibility for Medicaid, the health insurance program for low-income individuals. Under the Affordable Care Act, people with incomes at or below 138 percent of the poverty level were now eligible.

But 22 states have opted out of Medicaid expansion, denying coverage to nearly 4 million poor and uninsured adults who make too much to be eligible for Medicaid but not enough to qualify for subsidies to buy coverage on the healthcare exchanges.

“You might have some people out there that want to be taken care of and don't ever want to do nothing with their life,” says Cynthia Louis, a 57-year-old from Florida's Miami-Dade County. “But what about the people that was working and, you know, want to work again, and need to see the doctor and can't see the doctor because they ain't got no insurance and they ain't got no money?”

Louis is one of 850,000 low-income Floridians caught in the coverage gap, the second highest total of any state in the nation. For her, it was a disappointing blow after thinking she would finally have coverage after several years without insurance.

“[Cynthia] was really, really excited when Obamacare rolled out,” says Wilson Sayre, a reporter at Miami's WLRN who co-produced a series with the Miami Herald on living in the coverage gap. “She called up and they denied her. She called again because she thought they had to be wrong because everyone had been telling her that she can get insurance. She has zero income because debilitating joint pain made her leave her job, and yet she can’t get Medicaid.” 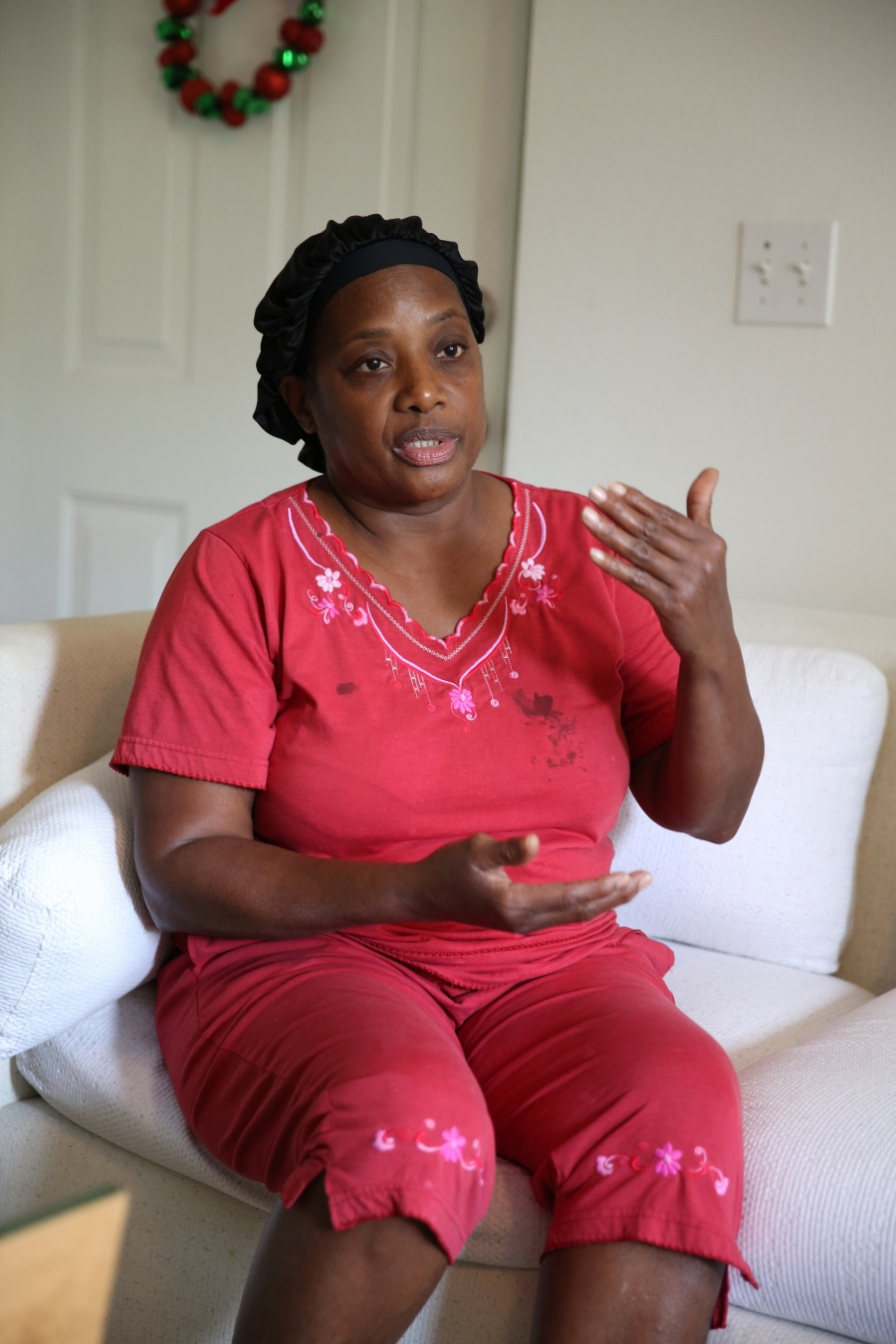 “There’s what’s called Charity Care, which is a program that’s run by the public hospitals,” Sayre says. “They provide a type of health insurance for people who are uninsured. But because the Affordable Care Act was supposed to have a lot more people insured, there’s less money for these programs. There’s a lot more demand for these dwindling resources, so things like specialist care come with really long wait times — from two weeks to six months. If you need a specialist, six months is a really long time to wait.”

Though Cynthia must wait for treatment, she may not be waiting in vain. Daniel Chang, the Miami Herald reporter who worked on the series with Sayre, says at least a few state lawmakers are working on a solution.

“The folks in the Florida Senate have pitched a proposal for Medicaid expansion and the continuation of a supplemental funding program for hospitals that treat large numbers of people like Cynthia," he says. "There’s a plan in the Senate, but the folks in the Florida House and our governor, Rick Scott, have come out in opposition to this plan.”

The federal government has warned Florida officials that it doesn't want to continue with the status quo. The Obama administration is threatening to withhold more than $1 billion in funding to Florida's Low Income Pool, a program that helps hospitals reduce the cost of treating poor patients, if the state doesn't approve Medicaid expansion, prompting another round of controversy.

"Last week the governor announced he was going to sue because the federal government is forcing the state into Medicaid expansion by linking it to LIP," Chang says. "We’re all waiting with bated breath to see how it ends.”

This story is based on an interview from PRI's The Takeaway, a public radio program that invites you to be part of the American conversation