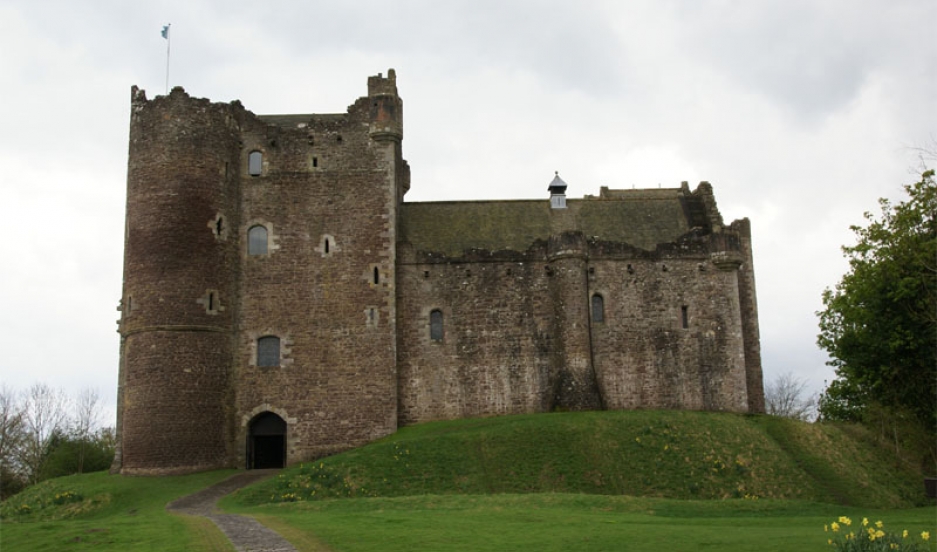 The main entrance to Castle Doune

“Your mother was a hamster and your father smelt of elderberries!”

Plenty of people know that outrageously French-accented insult from "Monty Python and the Holy Grail," which has just turned 40 years old. But where do you go if you want to see where it was delivered — or drop a couple of memorable lines of your own?

The place to do it is Castle Doune in central Scotland. There’s a vast array of fabulous castles and castles scenes in the Holy Grail, but almost all of them were filmed at Doune. It's also being used to portray Castle Leoch in the new Starz series, "Outlander."

The members of Monty Python had hoped to use a wide variety of castles across the UK to make their movie. But due to a last-minute production mix-up, Doune — which was privately owned — was the only one willing to cooperate. The film simply got creative to find different angles for each scene.

The 14th century castle sits about an hour’s drive from Edinburgh, just off the main road into the Scottish Highlands. And while it has six centuries of history, Castle Doune really celebrates its role in "Holy Grail."

I visited in 2014 with my family as we took a big road trip around Scotland. Like many tourist spots, the castle has headsets you can rent to guide you around its different parts. But this one is narrated by Terry Jones, one of the Monty Python cast members. Jones will tell you about the architecture and history of each room, but a press of the star key prompts him to start telling stories about the mad fun they had while filming.

But the real trick to enjoying Castle Doune is to have a pair of coconut halves. Then you can pretend to be King Arthur’s horse as you clip-clop around the castle, enjoying views of the huge tracts of land you can see from the upstairs windows. They even have them at the ticket counter. But they don’t have many, so be sure to ask! 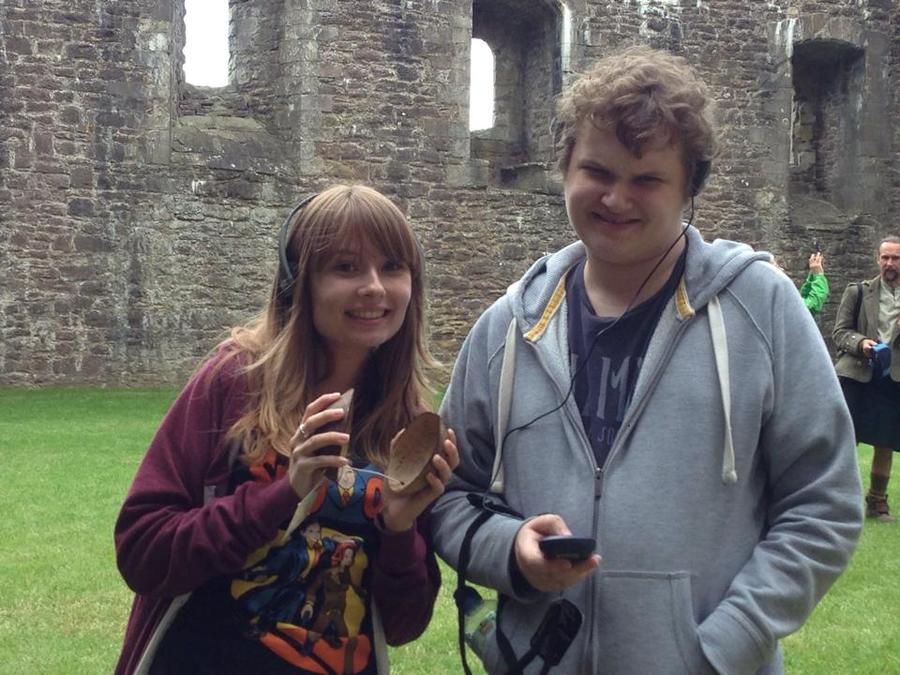 Thomas and Ellen Woolf listening to the Terry Jones tour of Castle Doune, where Monty Python and the Holy Grail was filmed. Out of frame to the left is the wall from which the French knights taunted. Note the coconut halves.