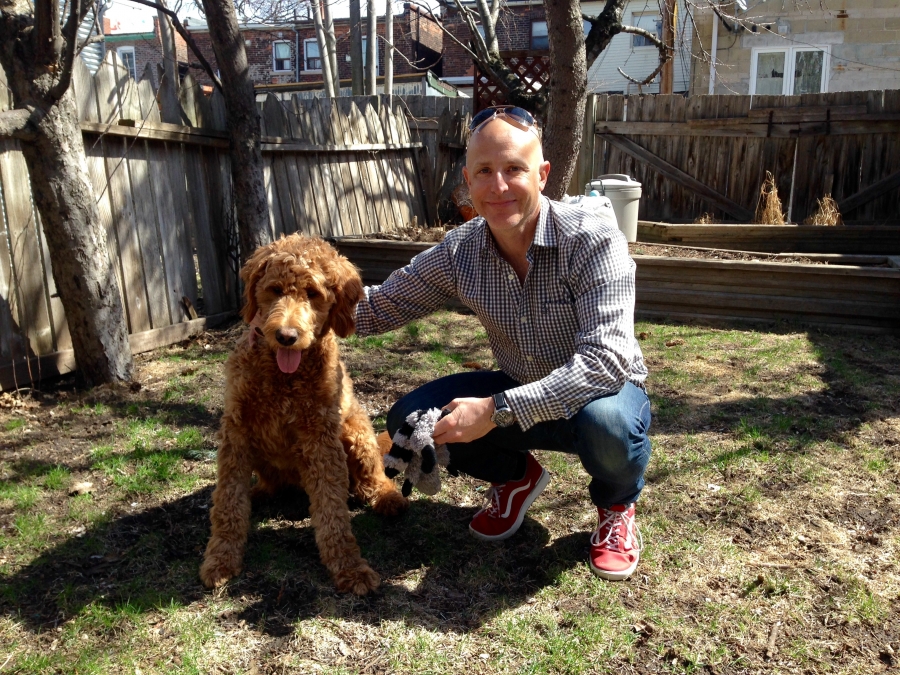 Toronto resident Bennett Mills and his dog, Russell.
Credit: Andrea Crossan
Raccoons love to root around for food in the city's garbage bins, using their finger-like front paws to open the lids and the weight of their big butts to tip the bins over.

"They are a huge nuisance for people," says Toronto Mayor John Tory. Now the city is trying to fight back against the backyard bandits — not by euthanizing raccoons, as many people want, but by introducing $25 million worth of new, "raccoon-proof" garbage bins.

"We're just trying to find ways to make it tougher, to arm ourselves to do battle with them in terms of keeping the organic waste in particular [from] finding its way onto driveways and lawns in the middle of the night," Tory says.

It's a particularly tough battle in Toronto, which has been called the raccoon capital of the world. There are no predators in the area, and the city is built on a ravine system that provides plenty of access to fresh water. The estimated raccoon population in Toronto is about 200 per square mile, and they're a force to be reckoned with. "They are huge," Mills says. "These raccoons that we see are sometimes like the size of a medium-size dog."

They're also wedded to their neighborhoods. "In the wild, raccoon ranges can be, for males, as much as 20 miles," says animal behaviorist Suzanne MacDonald. "We found that in the city that raccoons, each of them, has a home range of three square blocks. So they spend their whole lives in three square blocks. They don't cross major roads, so where they're born, they live. They find all the food they need and they die there." 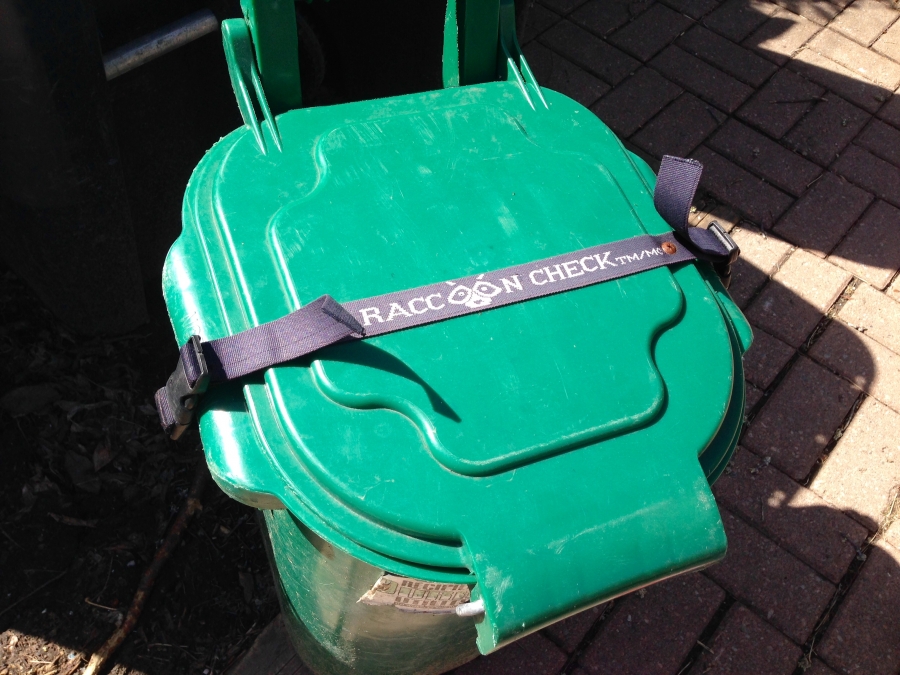 MacDonald's north Toronto home has a family of raccoons living under her back deck — and at least a dozen other nightly visitors — so the city hired her to test out the new garbage bins. She put rotisserie chickens in three of them and set up motion-sensing cameras to watch the results. The raccoons failed to open any of them.

“[The bins] are much larger than the previous generation bins," MacDonald explains, and the unlocking mechanism requires "a primate hand to make that motion and raccoons cannot make that motion.”

Toronto hopes the new bins will do more than prevent daily garbage clean-up. Raccoons can also carry rabies, raccoon waste carries roundworm larvae that can infect people. So the less contact with raccoons, the better.

As for Bennett Mills, he isn't waiting until for the city to issue the new bins next year: He bought a special lock to keep raccoons out of his garbage.

"It doesn't mean that they won't get in," Mills admits. "They can get into any plastic thing they really want to. But like any good criminal, they will move on to the next easier target."

Listen to Bennett Mills tell the story of the night he found a raccoon in the passenger seat of his car.