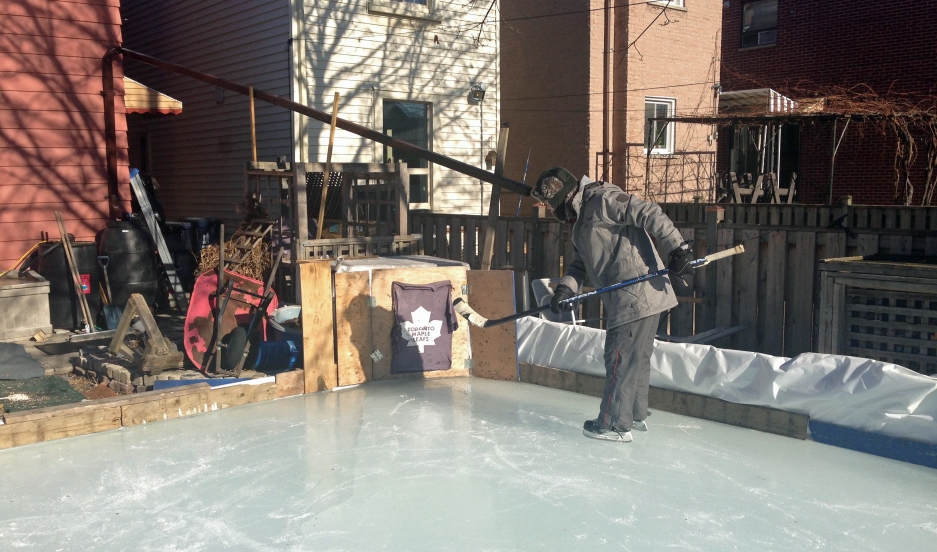 If hockey is Canada's religion, its cathedral is the great outdoors.

Generations of young Canadians have learned the game on ponds and homemade outdoor rinks — even hockey god Wayne Gretzky. The story goes that Gretzky's dad made a rink in the family's backyard to help his son develop the skills that would one day make him arguably the best player ever.

There's even an ode to the outdoor rink on the Canadian five-dollar bill: "The winters of my childhood were long, long seasons," reads a snippet from the "The Hockey Sweater," a short story. "We lived in three places — the school, the church and the skating rink — but our real life was on the skating rink."

That love of outdoor rinks gave Robert McLeman an idea. It's called RinkWatch.

"It's a citizen science project, and what we do is we ask people who have outdoor skating rinks to come to our website, to pin the location of that rink on our interactive map," says McLeman, an associate professor of geography and environmental studies at Ontario's Wilfred Laurier University. "Then throughout the skating season [they] update us on daily skating conditions.”

So far they've gotten thousand of submissions from Canada and the US over the past three years, and McLeman hopes the data will show Canadians the real-world consequences of climate change.

McLeman says that by 2090, Canadians could have far fewer days to lace up their skates and go for an outdoor glide. Take his forecast for Toronto:

The site's contributors include  Kevin Sylvester, a Toronto resident and life-long hockey lover. “Back here in the corner there used to be a garage," he says at his home. "I tore it down to expand the rink by another 20 feet, so basically the backyard is the rink.”

He's made the rink every year for the past decade, and spends his winter evenings playing on it with his kids. But he worries that the outdoor rink is becoming a thing of the past.

“It’s gotten weirder,” he says. “Like, about five years ago, we didn't get out here for weeks. It just never got cold enough and it was a big puddle of water and birds were pooping in it."

Things have gotten better since then; Sylvester says the last two years were "perfect." But he's still nervous. "They make me worried because it's been cold and beautiful, but then I go, 'What the heck is going on? This is crazy.' The pattern changes way more in the last three years than it did 10 years ago.”

For this year, the season is over. Sylvester took apart his rink last month when the weather started to warm up. There are even flowers starting to break through the ground where there was a thick layer of ice. 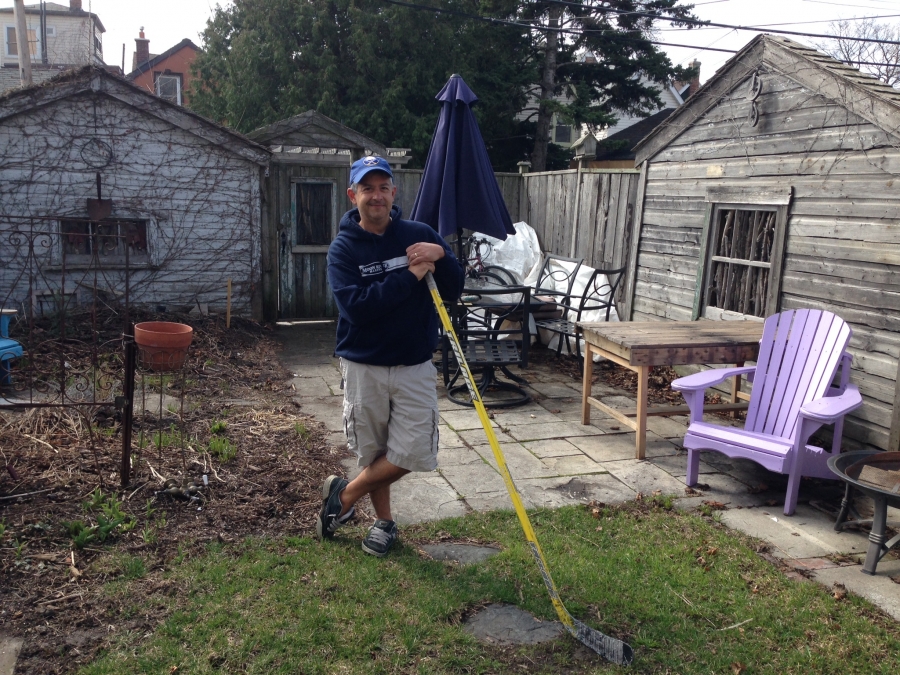 As he looks out onto his yard, Sylvester muses about having an even bigger rink one day.

“We sometimes talk about blowing out the fence, because my neighbors and I would like to have an actual awesome sized rink," he says. "Imagine that. You'd have a 40-foot wide rink. It would be like playing in the NHL. So we dream."