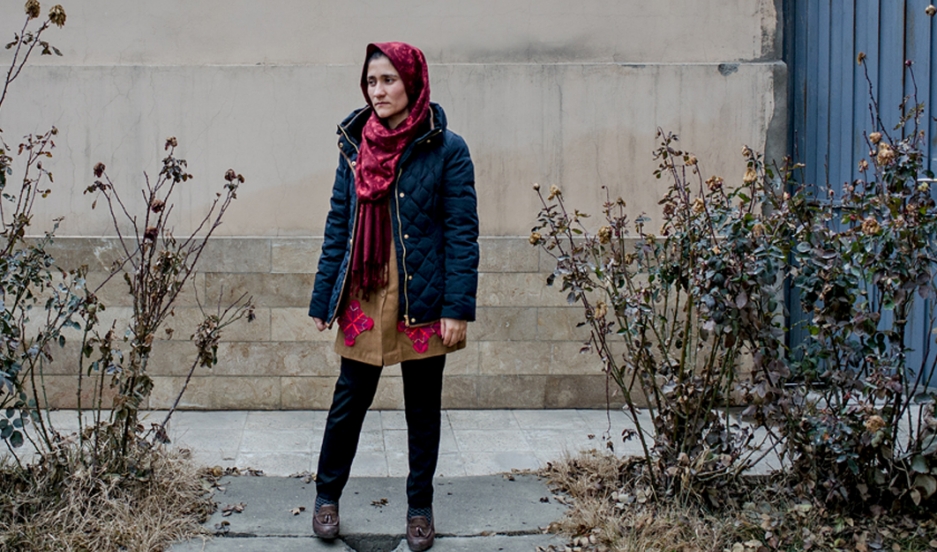 As a schoolgirl in one of the first classes after the fall of the Taliban in 2001, Shabana Basij-Rasikh wasn't sure where life was going to take her. She couldn't predict the fate of her country, but she knew she wanted to play a major role.

"Growing up, I initially wanted to be a doctor," says the petite 24-year-old. "Then I wanted to become a lawyer. But I took a step back and said, 'this is not big enough. The best way I can help is to give young Afghan women the opportunity to become the doctors, lawyers, engineers, and astronauts that Afghanistan needs.'"

Fortunately for Afghanistan, her passion is helping to form a new generation of smart, savvy women who can take their war-torn country forward. And she carries out this mission at SOLA, the School of Leadership Afghanistan, which she co-founded more than six years ago.

It was quite a journey to get to here, she says. She shared her life story on a recent afternoon in her office at SOLA.

Shabana was born in Kabul, in 1990, just after the Soviet Union pulled out of Afghanistan. Her earliest memories are of the savage civil war, when she hid in the basement of her apartment building with many other families while rockets raged overhead.

"There was a lot of crying," she recalls. "Our building was part of the front line. We were all jam-packed in, and people would hear news that a family member had been killed."

By the time Shabana was seven and old enough to go to school, the Taliban had taken control of the country, restricting female education and almost everything else.

"My sisters and I went to secret school," she remembers. "It was our only form of entertainment — we couldn't watch TV or listen to music."

During the Taliban's rule many women took on the responsibility of educating girls, forming ad-hoc schools in their homes and apartments.

Shabana and her three older sisters were among those brave enough to risk the wrath of the fundamentalists for the sake of learning. Her older brother was able to attend a regular school. She also has two younger siblings, a brother and sister, who are young enough that they missed the Taliban years almost completely.

But even in that dark time, Shabana knew her own mind.

"I was a bully," she acknowledges. "I always wanted to be boss, and the other kids had to obey my rules or else."

Shabana also loved flying kites. She and her brother were quite good at the sport, and, even though the Taliban frowned upon it, Shabana says they did not crack down very hard on those who practiced the storied pastime.

"The Taliban would not allow festivals," she says, "but I do not remember that we felt afraid of the Taliban when we were flying kites."

Shabana would assist her adored older brother in what in Afghanistan is a fiercely competitive activity — sometimes players even coat the strings with glass to cut other children's kites loose.

"Sometimes my hands would get bloody from holding the strings," she said. "I would smear the blood on my face and shirt, to show the other kids how dangerous I was."

Shabana's first formal schooling did not begin until after the fall of the Taliban in 2001. In early 2002, the Ministry of Education gave placement tests, and this tiny 11-year-old earned the top score for seventh-graders in her school.

"I was class representative," she says. "I had to take care of all these people a lot older than I was. I think that's when I became a serious person."

Afghanistan was in ruins, and the country did not have the resources to educate its children. Many classes, including Shabana's, had to meet in tents. Sometimes her classmates would faint from the heat. Shabana and her classmates envied the lucky few who could be accommodated inside school buildings.

"One day I went to the principal's office. I said, 'There's no difference between my class and others who study within the building. We need the opportunity to study inside and those in the classrooms should sit in my place for awhile.'"

The principal thought about it, and decided Shabana was right. She set up a rotation, and Shabana's career in public diplomacy was off to a running start.

At age 14 she took a placement test for YES, the US-sponsored Youth Exchange and Study program, thinking she had no chance, because she had just begun studying English. But almost before she knew it she was attending high school in Onalaska, Wisconsin, turning into a one-woman ambassador for Afghanistan.

After one presentation at her school, where she spoke of Afghan food, holidays, and other cultural phenomena, she opened the floor to questions.

"Ask me anything," she told the group with an openness that she felt was fostered in American education. "There's no such thing as a stupid question."

That was when a young man raised his hand and asked, "Do you know Osama bin Laden?"

"I was so shocked," she says now. "It dawned on me that when I introduce myself as a Muslim and an Afghan there is a very real chance that, while people are smiling and saying 'nice to meet you,' they think I'm a terrorist."

"It was very disturbing to me because I lived under a regime that worked with Osama bin Laden, and because of that regime I lost my freedom, I lost access to education," Shabana says.

At the time, though, the prankster in her came through. "Oh, yeah, I know him, he's a really nice guy," she answered. That, she recalls, got everyone's attention.

"Some of my classmates looked really worried that they were sitting in a room with me," she laughs. "So the guy said, 'are you kidding me?' and I said 'yes, I am kidding you.' I tried to explain that what we Afghans feel about Osama bin Laden is probably very much the same as what Americans feel."

After that experience, she decided to make it her mission to talk about her country to Americans.

"If they could not come here, I wanted to bring Afghanistan to them," she said. "I wanted to give something back for this chance I had been given."

Her first public speaking engagements were a real chore, Shabana says, but she eventually got better at it. She made the rounds of Scout troops, Rotary Clubs, universities — anywhere that invited her.

Not that it was all work. Shabana really loved American food, especially ice cream, and she put 40 pounds on her diminutive frame during her one year in the States.

"I was shown on television in Afghanistan," she says. "Right after that my mother called. It was the middle of the night in Afghanistan, and I thought someone had died. I took the phone and my mother said 'stop eating!'"

Back home, Shabana was at loose ends. She had gone to Wisconsin a sophomore, but had taken senior-level courses. When she returned to Kabul, the Afghan Education Ministry told her she was finished with high school.

"It was too late to start college, so I was looking for something to do," she says. "Some people in my father's village had donated land for a girls' school and needed some help."

"In Wisconsin when I told people about my father, and how supportive he was, they said, 'he must be unique.' I answered that men in the cities are much more open to women's education than those in the provinces."

"Then I went to my father's village and was surrounded by men with long beards and turbans who were trying to convince me that educating their daughters was really important."

Shabana realized her previous ideas about village men were way off-base, a product of being raised in the capital, and feeling a bit superior to those in more remote locations.

"I have never felt so embarrassed and ashamed," she confesses.

Shabana's drive and determination caught the eye of Ted Achilles, the head of the YES program, who advised her to apply to Middlebury College. She did. She was accepted and awarded a scholarship.

At first she was a bit intimidated by the workload.

"For the first few weeks I was scheming how to get out of there," she laughs. "But it was a great experience. I loved it."

While a student at Middlebury, she co-founded SOLA; she also received a $10,000 Davis Peace Prize, which she used to build nine wells in Kabul one summer. Over the years she has found time to give a TED talk, hobnob with Hillary Clinton and Laura Bush and be interviewed by Christiane Amanpour.

She has definitely come a long way from that basement, where she was hiding from the war.

"I don't feel like I'm unique," she insists. "A lot of times people in the US tend to individualize the good and generalize the bad. I don't deny that I am privileged, but there are a lot of amazing people in Afghanistan."

Shabana, like many of her cohorts, thinks that the upheaval she lived through has contributed to her success.

"People usually appreciate something when they are denied it. In my case it was education, and I have never gone a day without giving thanks for the opportunities I was given. We are a generation that is so aware of what the alternatives could be," she says.

This small woman has big dreams for SOLA. For now it has 34 students from 14 provinces. SOLA's classes are in English, because, Shabana maintains, "English is the language in which a wealth of knowledge is available, and I want the future leaders of Afghanistan to have access to that world."

SOLA's president is determined that the ethnic conflict that tore the country apart during the civil war will not haunt the next generation.

"When students come to SOLA they are required to sign an honor code that they will respect the different qualities that every single person brings to this community," she says. "We have zero tolerance for ethnic discrimination."

Shabana realizes that her plans may seem too distant for many.

"I think that in some ways it is an American thing to want to fix something and fix it now, but unfortunately, education and nation-building are not things you can do quickly," she says. "You have to understand that you're working towards something that you may not live the see."

She digs in her desk and pulls out a diary.

"I get frustrated quite a lot, so I have something that I've written in my calendar. It says, 'Any person who selects a goal in life that can be fully achieved has already defined his limitations.'"

This story by Jean MacKenzie is one of five profiles of young Afghans included in Foreverstan, a new reporting series from The GroundTruth Project. You can read Jean's stories and the rest of the project's work here.