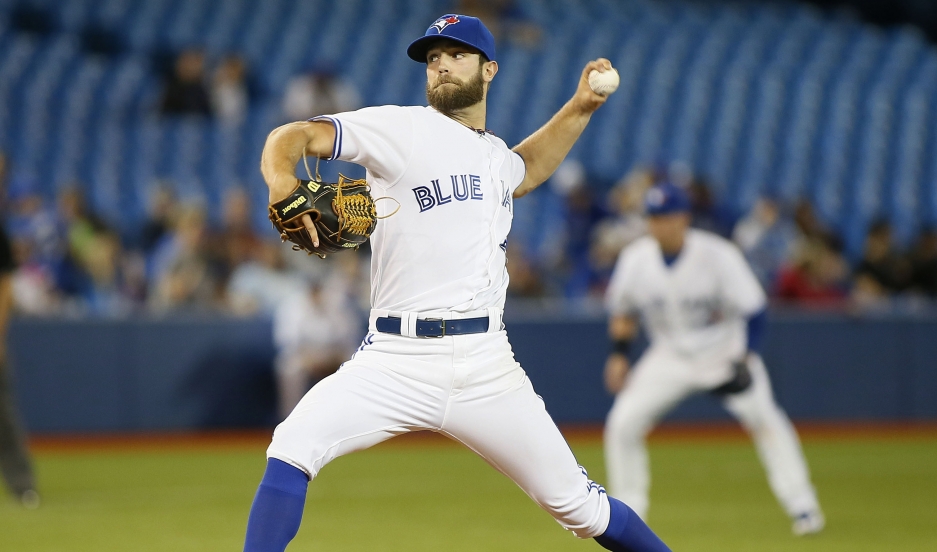 The Boston Marathon bombing in 2013 led to heightened security measures at sporting events across the US. But it didn't stop there.

Major League Baseball announced last year that clubs would have to implement stricter security measures at ballparks starting this season, citing the marathon attack as a reason for the change. That means sports fans in Canada also are adjusting to the new normal when it comes to security.

At least week's Toronto Blue Jays home opener, fans waited in line for as long as half an hour to get inside the ballpark. "Going out to a game has turned into like going ... for a prison visit," wrote the Toronto Sun's Joe Warmington.

Before the game, the CBC spoke to Blue Jays security head Mario Coutinho about the new measures, which include dozens of metal detectors at park entrances.

"They look like the metal detectors at the airport ... but ours are setup at a less sensitive level," Coutinho advised fans. "At the end of the day you can leave your belts, your shoes, your jackets on and your coins in your pockets. Just remove your cell phone, keys or any heavy metal objects you may have.”

Canadians know that terror attacks are not solely American problem. In addition to the attack on Parliament Hill in Ottawa last October by a lone gunman, two terror suspects were convicted last month of plotting to blow up a Canadian passenger train.

But for Blue Jays fans, they are still more concerned about what's happening on the field. Since winning the World Series in 1993, the Jays haven't been back to the playoffs even once — that's the longest postseason drought in the majors.