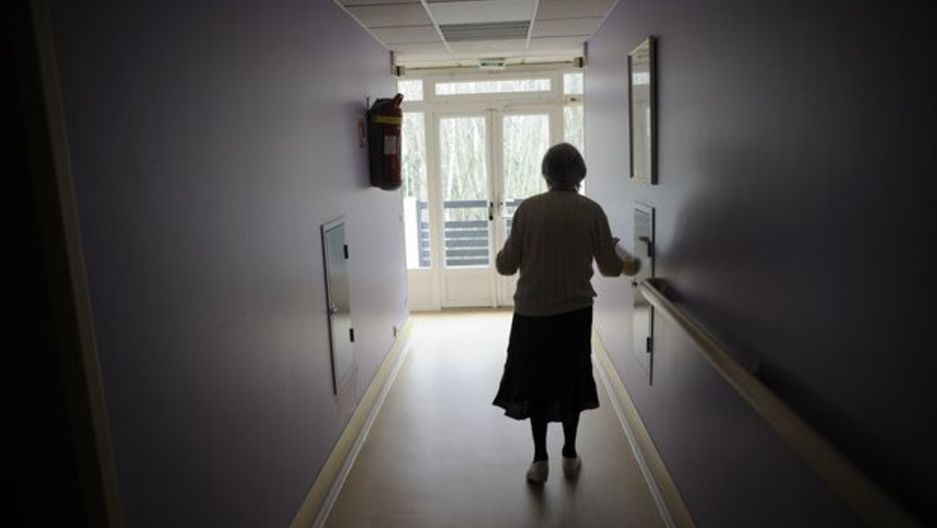 A woman, suffering from Alzheimer's desease, walks in a corridor on March 18, 2011 in a retirement house.

Of the top 10 causes of death in the United States, Alzheimer's disease is the only one that cannot be prevented, cured, or slowed.

However, researchers at Duke University might be one step closer to finding a cure for this devastating disease that affects nearly 5.3 million Americans.

In a recent study, Duke researchers devised a way to potentially stop the memory loss associated with Alzheimer’s by preventing immune cells from attacking a vital nutrient in the brain. So far, they've only tested the treatment on mice, but human tests might not be far off.

Carol Colton, a professor of neurology at Duke University and the senior author of the study, says the key to finding a cure is understanding how the immune system relates to Alzheimer's disease. Increasingly, evidence supports the idea that the immune system, which protects our bodies from foreign invaders, plays a part in actually contributing to the disease.

The part of the immune system Colton and her team are focused on are the microglia cells, known as the first responders to infection. Normally, the microglia act as a kind of nurturer, helping the brain “survive, repair and maintain,” Colton says. But the research done by Duke shows that they begin to kick into overdrive early in the disease, and that could be the issue.

“Our study shows that in fact the nurturer here is a problem,” says Colton. “The immune cell — our microglia — is actually saying ‘I’m unhappy, the brain is unhappy, and I’m going to try to fix it.’ ... It’s just a consequence of overactivity of the system in a confined space.”

The “overactivity” is a concern because Colton and her team found that microglia immune cells are chewing up an important amino acid, arginine, which could in turn lead to memory loss and build up of the proteins or plaques in the brain associated with the disease. But when it comes to therapies, Colton says people can’t just eat more arginine or take arginine dietary supplements. While  arginine could enter the bloodsteam via supplements, it wouldn't necessarily cross over the "blood brain barrier" and enter the brain.

“We have to think about this as a much more complex system than we thought in the past,” she says.

Before the mice began showing Alzheimer’s symptoms, Colton and her team blocked arginase, an enzyme that breaks down arginine, using the drug difluoromethylornithine, also known as DFMO. As a result, the scientists saw fewer microglia and plaques develop in the brains of the mice, and the mice performed better on memory tests.

The results seem promising, but it’s still too early to tell whether DFMO could have the same effect in humans.

“Are we at that stage that I can say that this is going to be possible, that it can happen, and that it can work? No. We have to be, I would say, cautiously optimistic,” Colton says.