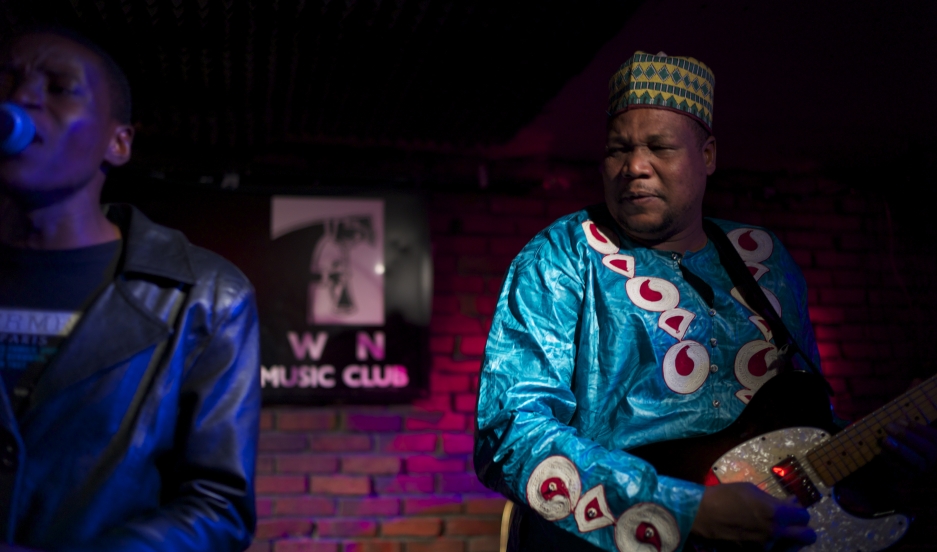 Guitarist Almedia on stage with his band, Tal National.

Hamadal Moumine is a judge in Niger. But at night, he goes by the stage name "Almeida" and rocks the guitar with his band, Tal National.

"In the day I'm going to my job at the court and at night it will be rock and roll," he says.

Moumine has been a judge for 20 years; he founded Tal National five years later, in 2000. He insists the combo isn't quite as odd as you might think: "My job can help my music, [it] brings respect to my music."

As a way to gain respect and educate fans beyond Niger, Moumine likes to start every show with a question. He asks people in the audience if they know where Niger is. Most aren't sure. He says some people guess "south Africa" or somewhere else.

It bugs him, but at the same time he's glad to educate the audience and tell them it's in west Africa.

Once the quiz is over, the band kicks in and the music can last for hours. "It's very easy for us when we have people dancing in the club," Moumine says with a laugh. "It's very friendly to stay a long time with friends and fans, to be together and to share something."