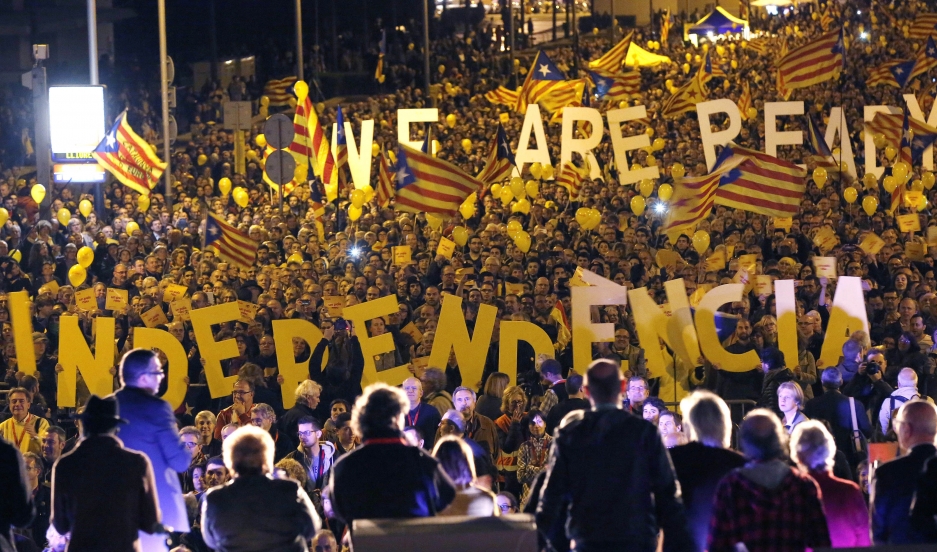 Pro-independence Catalonians hold up giant letters reading "We are ready, Independence" during the final meeting before a ceremonial referendum in Barcelona on November 7, 2014.

What would Spain be like without Barcelona, one of its most famous cities, and the region that surrounds it? Local leaders say they're ready to find out.

The leaders of Catalonia, the autonomous region in northeastern Spain that includes Barcelona, have announced that they will put in place a roadmap to secession and independence if pro-independence parties win an upcoming referendum in September.

“My commitment is to hold a referendum on independence, and we’ll see if the majority of the Catalan people vote yes or no,” says Catalan President Artur Mas. “The country was born in the Middle Ages and we have a very deep sense of self-government and we want to protect it for the future.”

Mas says the people of Catalonia want independence in order to protect and develop the unique heritage of the region, which is home to about 7.5 million people. While Catalonia shares many political and economic ties with Spain, it also has its own language, culture and identity, all of which were repressed under the dictatorship of Francisco Franco. 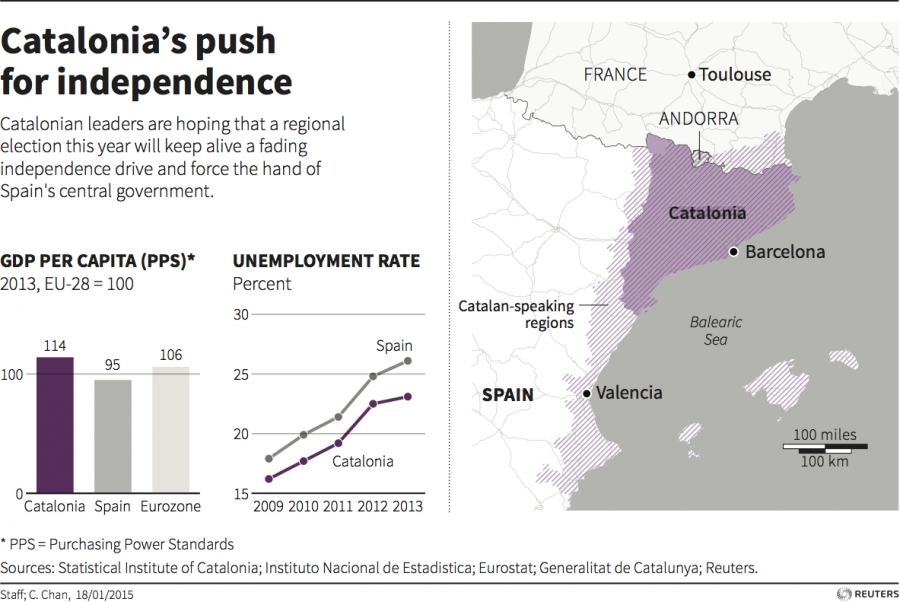 “We also have a collective project to develop from the social, the economic and the cultural points of view,” Mas says. “To carry out all of these, we need tools, the legal capacity to make decisions and resources. This is something we have to build again. This is why we are seeking independence, or a new state for Catalonia integrated into the European Union and eurozone. We don’t want to be an isolated country.”

The Spanish government strongly opposes Catalonian secession. It calls the upcoming referendum illegal and is working hard to gain support from its allies in the European Union to quash the independence movement. But Mas and pro-independence politicians are undeterred, despite their long odds.

"I think when things become real, then attitudes will change," Mas says. "We are already in the European Union, we belong to the eurozone, we use the euro as our currency and it is not easy for another European country to try to expel us out of the European Union. It’s a tactic game in a sense, but when the reality comes I’m sure they will change their attitude.”

Mas spoke to the The Takeaway in New York, where he's seeking meetings with investors and hedge funds to convince them not to pull away from the region.

“It’s going quite well," he says. “In the last quarter of 2014, foreign investments increased in Catalonia in comparison with what happened in the last quarter of the year before, in 2013. I’m absolutely convinced that Americans and Catalans share probably the same values. You struggled for democracy, freedom and self-determination, and we do too.”