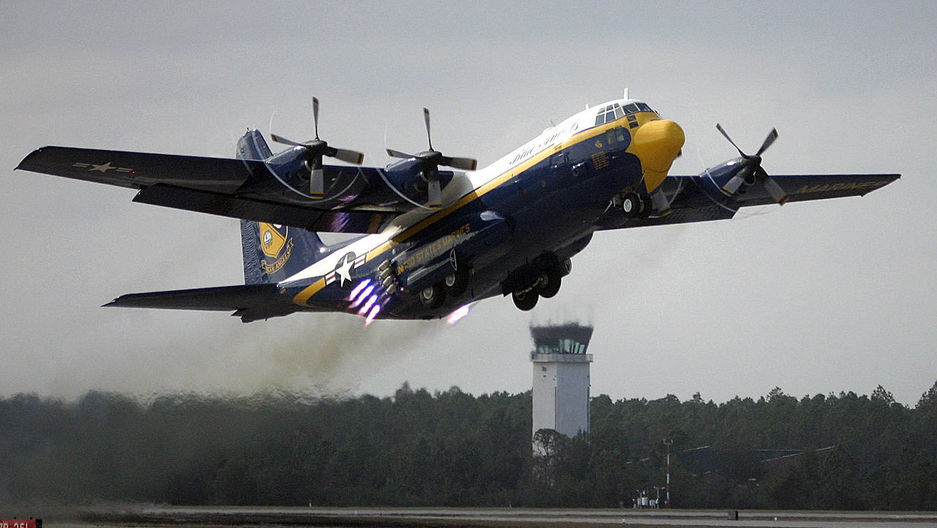 At every performance by the Blue Angels, the US Navy's famous aerobatics team, the show begins not with high-speed fighter jet maneuvers but a display from a big C-130 cargo plane. And for the first time in the elite squadron's history, a woman will be at the controls to kick things off.

Marine Capt. Katie Higgins is the newest pilot of the Blue Angels' C-130, also known as "Fat Albert." She's also the first female to fly with the team since its founding in 1946.

"It's a great honor to a part of the Blue Angels," Higgins says. "You know there's 130 professionals here on the team. ... and I'm just a small part in a giant machine."

It's a part she was seemingly born to play. Both of her grandfathers were pilots in the Army Air Corps and then the Air Force. "My father is also a pilot," Higgins says. "His two brothers are pilots. And I also have a brother. ... in the Navy, so the military runs deep, that's for sure."

Higgins' part in the Blue Angels show involves taking the C-130, a relatively slow-moving propeller plane, from a seemingly near-vertical takeoff through dives, climbs and what are known as "flat passes" — flybys of the crowd at only 60 feet above the ground.

But while Higgins gets to pull some stunts in Fat Albert, she says she has no desire to take the controls of the team's F/A-18 Hornet fighters, the same type of plane her father once flew.