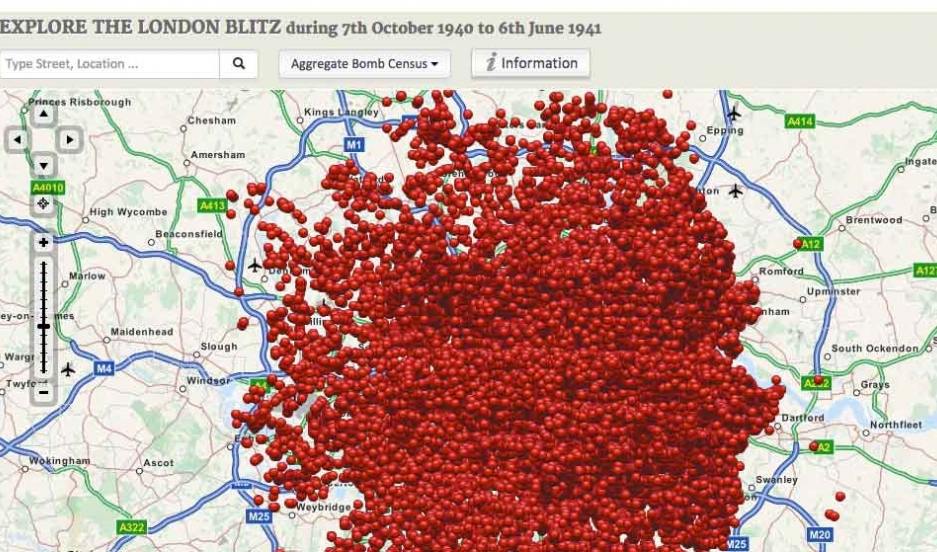 The Bomb Sight Project locates where German bombs fell on London during an eight-month period in World War II.

Courtesy of The Bomb Sight Project

Thousands of Londoners live on the spots where bombs once exploded during the Blitz of World War II. Now, thanks to a group of researchers, anyone can figure out if they're among that group.

That's what Kate Jones wanted to know. "I lived in London in the south east. It was an area that was heavily bombed," she says. "As a geographer, I was walking around my local area and I started to question why there was certain types of architecture and what led to this pattern of architecture in my local environment. I wondered what impact the war had had. That’s where the idea for the project came from."

That project, called Bomb Sight, used wartime data to pinpoint locations where German bombs fell during the Nazi air campaign that lasted from September 7, 1940 through the spring of 1941. Then the researchers plotted the strikes onto interactive maps of today's London. The data had previously only been available to people who traveled to read the documents at the UK's National Archives.

The result is astonishing. Little red dots indicate where each bomb fell; zoomed out, London is just one huge blob of red. 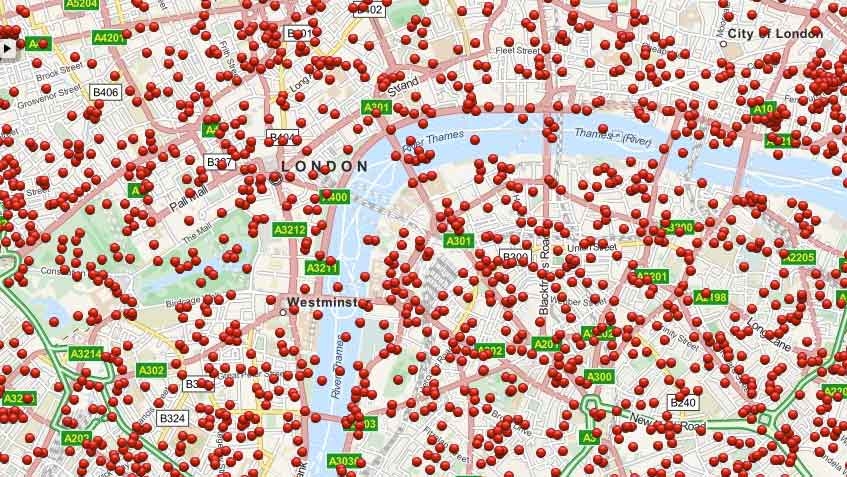 Locations where German bombs fell during the Blitz.

The Bomb Sight Project initially went viral in 2012. Since then, then people have sent in their stories and pictures about the war.

"There was one story that I was reading about a 15-year-old girl," Jones says. "She lived in southeast London. She talked about the impact of war being declared and how it really effected her mother. She goes on to say that when the bombing started, she [writes that] could feel her knees knocking and shaking. It just help paint a vivid picture of London at this time, and I think it really personalizes the experience of how horrifying it must have been."

I looked over the map and checked out a few buildings that I know from London like the BBC’s former headquarters, Bush House. That building somehow managed to avoid major damage even though it was a key facility. Bombs were dropped to the left and right of it, but not on it. 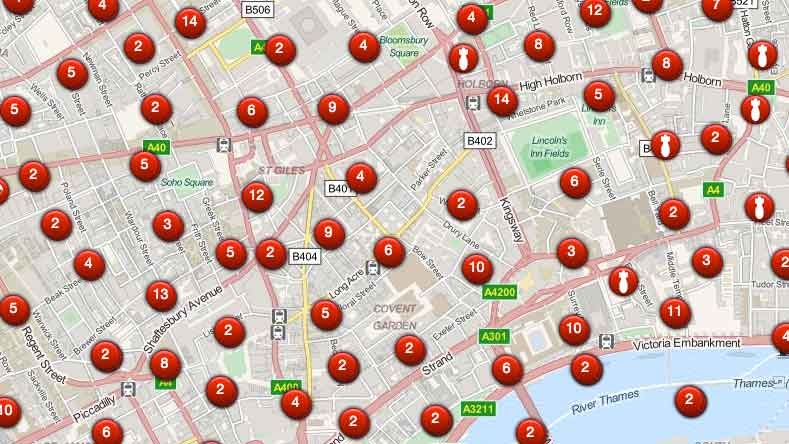 Locations where German bombs fell during the Blitz near Bush House.

What The Bomb Sight Project really offers is a chance to see history in context.

"What it can do is give you context going around your local neighborhood," Jones says. "Ideally it can help you to question the history of the place in which you work or where you live and to start bringing the history to life."

And if you've been to London, you can take a look at this map and see for yourself.