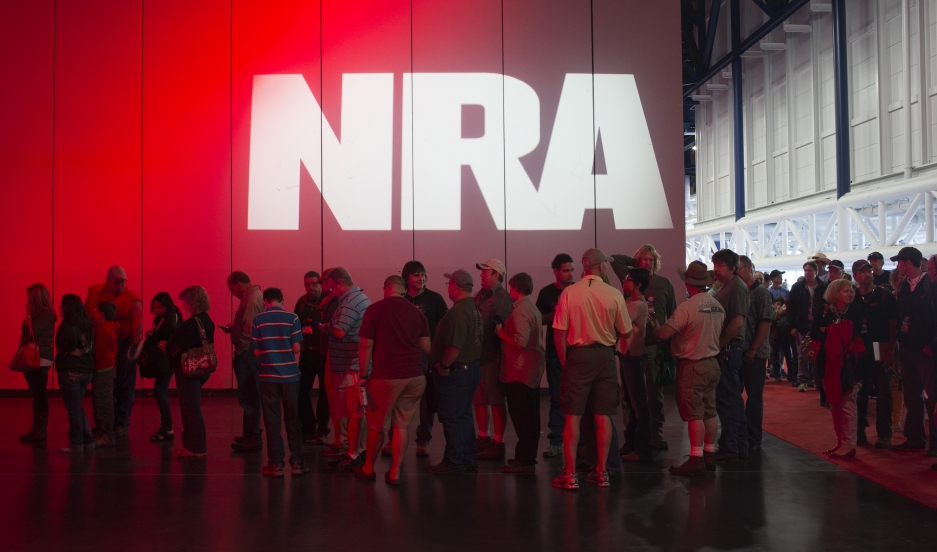 Attendees line up to meet musician Ted Nugent at a book signing event during the National Rifle Association's annual meeting in Houston, Texas, on May 5, 2013.

Back in the early 1990s, the Centers for Disease Control and Prevention and the National Center for Injury Prevention and Control provided funding for studies on gun violence. The NRA was not pleased.

“[Our research] underwent peer review and was thought to be very solid and worthwhile research,” says Dr. Fred Rivara, who was part of the team that researched gun violence. “The CDC stood by our research — they had funded it and they stood by it. Unfortunately, it raised the attention of the National Rifle Association, who then worked with pro-gun members of Congress to essentially stop funding firearm research.”

Rivara, a professor of pediatrics and epidemiology at the University of Washington at Seattle Children's Hospital, discovered that having a gun in the home is associated with a threefold increase in the risk of a homicide.

“The most common reason that people have a gun is because they have it for home protection,” he says. “Unfortunately, the data indicates that having a gun is associated with both an increased risk of homicide, but even more importantly, an increased risk of suicide. We know that, for example, if there’s a gun in the home, the risk of suicide among adolescents and young adults increases tenfold.”

Rivara says 10 pro-gun senators worked to get the ear of Arlen Specter, then a senator from Pennsylvania and chairman of the Health and Human Services Committee.

“[Specter] approached the Centers for Disease and Control and discussed the idea that this research was biased,” says Rivara. Congress “ended up cutting the CDC budget by the exact amount of money that was used to fund the gun research. They had first threatened to cut all of the funding for injury research at the CDC. They didn’t do that, but they ended up cutting it by the exact amount that was spent on gun research.”

And that wasn't all. “More importantly, however, was that they put a clause for the appropriations of the CDC that essentially blocked all gun research for the next two decades," Rivara says.

The CDC budget cuts all but ended federal gun research. Dr. Arthur Kellerman, who also worked on the 1993 study, stated in a December 2012 article in the Journal of the American Medical Association that “no federal employee was willing to risk his or her career or the agency's funding to find out” if any gun research could be done. "Support for firearm injury prevention research quickly dried up.”

The NRA also wrote to the National Institutes of Health to request that the Office of Scientific Integrity review the research published Rivara, Kellerman and their colleagues.

“That’s a big deal,” says Rivara. “There’s only two or three of these that are done each year, and it’s basically questioning our credentials as scientists and saying that we had lied or falsified our research. Fortunately, the NIH did not find any basis for that and the CDC backed us up. But it was really chilling in terms of our ability to conduct research on this very important problem.”

But while Rivara calls that period "a frightening time," he does admit it had a silver lining: “It was also good because it told us that were doing important work."